Too much of a good thing

The WA government needs to protect the state’s power networks, with rooftop PV systems in the crosshairs. 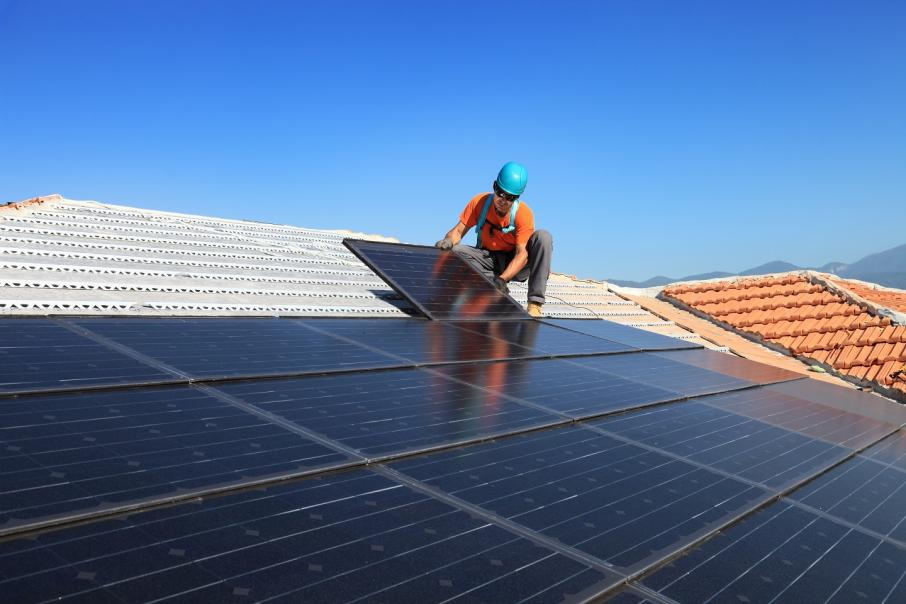 It’s estimated that 50 per cent of all WA households will have PV systems by 2030. Photo: Stockphoto

Power blackouts resulting from rooftop photovoltaic solar systems’ destabilisation of the state’s electrical distribution network are an emerging threat to business and households.

About 29 per cent of households in Western Australia have rooftop PV solar installed, with that combined power generating capacity far exceeding the state’s biggest coal-fired power station at Muja.

For short periods on clear summer days, rooftop solar is providing up to 24 per cent of all power consumed on the South West Interconnected System (SWIS), which supplies electricity to much of WA’s population.

With 2,000 new rooftop systems being installed every month, it is estimated that 50 per cent of all WA households will have PV systems by 2030.

The conundrum is that the SWIS was designed to operate with energy flowing from a power station to customers, rather than in the reverse direction, which sometime occurs when excess power from rooftop solar systems gets sent back into the transmission network.

The Australian Energy Market Operator, which runs WA’s wholesale electricity market, has warned that if nothing is done to safeguard the SWIS from surging renewable energy, there is a realistic chance tens of thousands of WA properties will experience interrupted electricity supplies as early as 2022, with hundreds of thousands potentially affected by 2025.

The build-up of rooftop PV solar is also crushing the economic viability of state-owned utility Synergy.

During summer months, the state’s three coal-fired power plants, operated by Synergy, often run below 50 per cent of their capacity due to rooftop solar pumping huge amounts of energy into the transmission grid.

This has reduced Synergy’s revenue and the value of its assets, and forced it to run generators outside of their design specifications.

Ramping the power stations up and down as they try to cope with the rapid changes in output that can occur with renewable power is leading to increased operational costs.

In 2018-19, Synergy announced a loss of $656 million, which included an impairment of $429 million on the value of the government’s assets.

The WA government has little choice but to take urgent action to protect the SWIS network, with the prime target being owners of rooftop PV systems.

The government’s Distributed Energy Resources (DER) Roadmap released in April 2020 concluded that: “Customers who have PV systems contribute less than their share of system costs and are disproportionately benefiting from lower bills.

This means customers who are unable to access PV system are cross-subsidising those who can.”

The DER Roadmap has set the stage for the government to start reducing the cost savings obtained by households with rooftop PV systems.

Last month, the government altered its solar rebate scheme so that new PV solar installations would receive 3 cents per kilowatt-hour for the surplus electricity exported to the grid during peak sunlight periods, compared to 7.13 cents existing PV owners continue to receive.

This reduction does little to solve the surges in solar energy that can destabilise the transmission network, and PV owners should anticipate further rate modifications, such as the introduction of time-based pricing where they will pay more for grid-supplied electricity between 3pm and 9pm.

The government may also need to find ways to switch off a household PV system’s ability to export surplus energy to the grid if the local area transmission network starts to destabilise.

While the government tries to stop the financial losses from its generation and transmission system, Western Power and Synergy have teamed up to install Tesla Powerpack 464 kilowatt hour (KWh) community battery banks in locations with high penetrations of PV systems to soak up some of the excess solar power that can cause grid network destabilisation.

To pay for these installations, 55 solar households in WA are being provided the option of storing their excess energy on the community battery, then drawing it back after 3pm to help power their homes.

Customers can hire either 6KWh or 8KWh battery storage costing $1.60 or $1.90 per day, respectively.

Based on the public data from the first community battery trial, undertaken in 2018-19 at Meadow Springs, near Mandurah, these rates seem to be a fantastic deal for Western Power and Synergy.

Small-scale community batteries are an innovation that could provide numerous opportunities for local industry development if the WA government allowed the private sector to take the lead instead of Western Power and Synergy, which view them primarily as a tool to help stabilise the transmission network.

Perhaps there is a potential business case for thousands of community batteries to be installed throughout WA over the next few years, aimed at reducing household electricity costs and supporting a new manufacturing industry using community batteries as its backbone.

At the very least, the WA government should seek input from the private sector to determine its interest in participating in a leading-edge technology.