Too few willing to sacrifice

Few of us consider the privileges we enjoy as Australians and the cost to others of maintaining them. 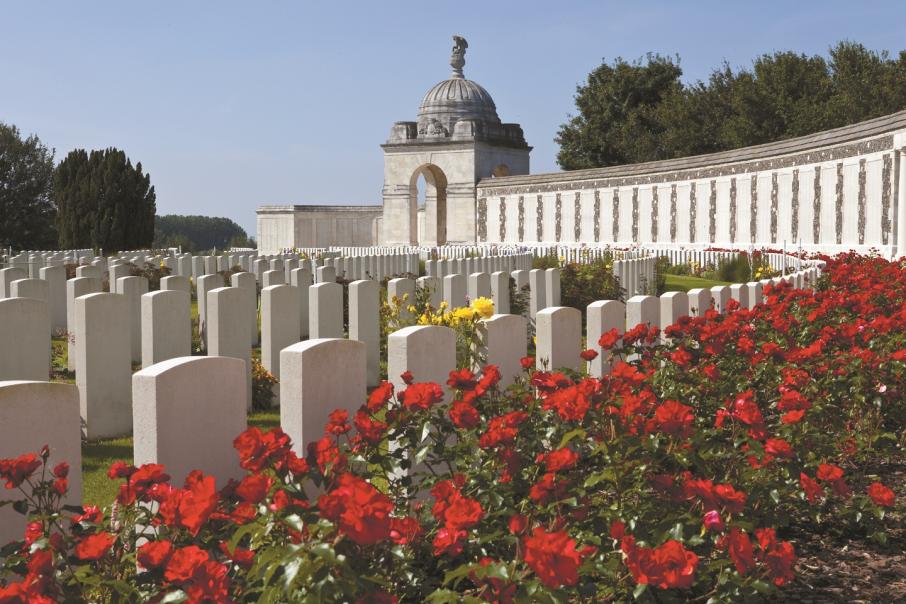 War graves at Tyne Cot, Belgium, where more Australians are buried than any other war cemetery in Europe. Photo: Stockphoto

I was going to start this column with a detailed commentary on the recent attempted takedown of federal Attorney-General Christian Porter by ABC’s Four Corners.

In it, much was made of Mr Porter’s attendance of Hale School, suggesting he came from a privileged background and had a sense of entitlement that he then exhibited at university.

A response to that requires too many words.

Meanwhile, events have overrun that story, in particular the terrible revelations around the Special Air Services regiment’s activities in Afghanistan, which pushed Mr Porter from the news cycle.

So why is the SAS dilemma relevant?

Let’s be clear. I never put myself up for military service or wanted to live any part of my life under such a rigid command structure.

I suggest most of us are like that, barring those who genuinely want to join the military but are not able to.

Australia’s defence force sits around 90,000, one third of 1 per cent of the population.

Even including former service people, it is a tiny fraction of this continent’s residents.

Even then, and without begrudging their important role, many in the military serve on the basis of conditions that ensure their employment is comfortable.

Years ago, I repeated suggestions that we have an army base in the Pilbara to protect this nation’s most valuable assets.

I was told without reservation it would not be possible, as defence personnel would not be able to get their families there.

Therefore, it seems the majority of us don’t serve and most of those who do, do so on a conditional basis.

Who has a sense of entitlement?

We want to live in the world’s most sparsely inhabited continent, exploit its natural advantages, protect its fragile environment and keep out too many other people so we can enjoy these riches at our leisure, but we are not prepared to pay any real price for defending that.

I don’t, by any measure, condone the extrajudicial killings allegedly conducted by members of the special forces in Afghanistan.

However, I do suggest that we, the entitled majority of Australia who are unwilling to serve our country for any time at all in our comfortable lives, might think twice about condemning those who truly risked their lives doing the dirty work our government ordered them to do.

It doesn’t absolve the guilty for doing the wrong thing, but it does suggest our complicity.

For too long we have asked too few to carry this load.

And this is the price we all must pay.

The legend of the ANZACs might have been besmirched but remember that between 1914 and 1918 almost 10 per cent of the population enlisted to serve overseas, and one in six died.

That legend was built on an army from the people, not people from the army.

Speaking of entitlement, former treasurer and ex-opposition leader Mike Nahan was strident in his warnings about the potential for a rise of WA Inc.

He is not alone.

As with my commentary above, this is about balancing the needs of a few against the many: a difficult job for all governments.

Many business leaders get used to wielding influence, such that they believe they are entitled to use it as they wish.

That governments welcome their donations to fund elections only adds to that sense of entitlement.

However, many in the electorate think they can have their cake and eat it too, the ultimate representation of a sense of entitlement.

People want jobs, security and prosperity while at the same time supporting policies that are often contrary to that.

People who devote no time whatsoever to considering the implications of their vote still feel entitled to exercise it.

However, I vastly prefer a society such as ours where governments have to balance the entitlement of the powerful few over that of the voting many.

In other places, where just a few people make all the rules, the resulting lopsided sense of entitlement is significantly greater and more dangerous.