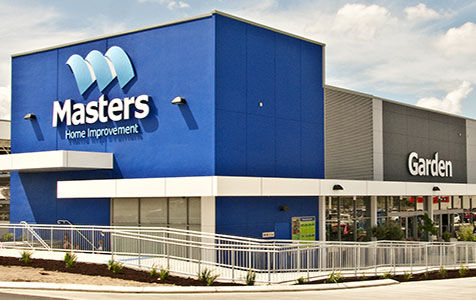 BENEFICIARY: Retail stores such as Masters are set to benefit from Barnett's 'repeal week' to improve business conditions.

Last week, Premier Colin Barnett announced that 40 outdated and redundant laws would be struck off the statute books during what he called ‘repeal week’.

Acknowledging it was largely an administrative exercise, he nonetheless said it was another example of the government’s commitment to streamline approvals and improve business conditions.

Among those to be repealed are an odd assortment of laws: to establish cemeteries in many regional towns; to build a railway spur to Welshpool; to sell off Caves House; and to prevent people being buried in the centre of Mandurah.

Mr Barnett used the occasion to talk about some of the government’s more substantive achievements, such as an alternative dispute resolution service for small business and releasing 700 small businesses from a $624 registration requirement under environmental protection regulations.

He also cited the liberalisation of retail trading hours (although while there has certainly been great progress on that front, there is a long way to go).

The fact that Bunnings and Masters stores have different trading hours because they stock different goods is just one example.

Another area with enormous potential for reform is liquor licensing.

The relevant legislation is currently under review, which provides the government with an opportunity to show whether it really does embrace a ‘liberal’ philosophy in the true sense of the word.

A Supreme Court judgement handed down this month provided some insight into the issue.

It concerned an application by one of the big retail groups to establish a ‘big box’ liquor store in Perth’s northern suburbs.

The judgement detailed the voluminous material Woolworths submitted for its public interest assessment.

It included a town planning report, a consumer survey, a health and environment report, a ‘secret shopper’ survey, a summary of survey questionnaires, a petition signed by 1,675 people, a traffic study, a demographic study and more.

A lengthy Liquor Commission hearing followed the submissions – the transcript ran to 27 pages.

All of these things take time and money; is it all really needed?

The Liquor Commission’s initial ruling – to reject the application – was overturned by the Supreme Court, essentially on procedural grounds.

The fundamental question concerns the role of government in the development of this industry, which involves some legitimate public health issues.

The current approach is heavy handed, with the Liquor Commission effectively trying to dictate the appropriate shape of the industry.

Liquor Commission chairman Jim Freemantle said as much during the initial hearings.

He was quoted at one pointing asking: “Do we really want large 1,500 metre liquor stores put every four or five kilometres around the suburban area?”

“So I think this really turns on the issue of the proper development of the liquor industry more than any other.”

At another point, he asked a Woolworths representative: “Why do you need a major destination liquor store five kilometres away from Currambine?” where it already has a similar store.

I’ve got a better question, why is a regulator asking a businessperson to justify a commercial decision?

Currently, the onus is on the business to justify its investment decision. The business needs to demonstrate it is acting in the public interest.

Surely, if we believe in a liberal, free-market economy, the onus should be on the regulator to demonstrate there is a problem.

And surely we can learn from the success of small bars – that was a major step towards deregulation and Perth is a better place as a result. Let’s keep that momentum rolling.