Perth entrepreneur Steve Tobin is gearing up for an expansion of oil and gas and minerals exploration in Australia, after selling a majority stake in Terrex Seismic to a private equity group to fund the acquisition of what he believes is a breakthrough technology. 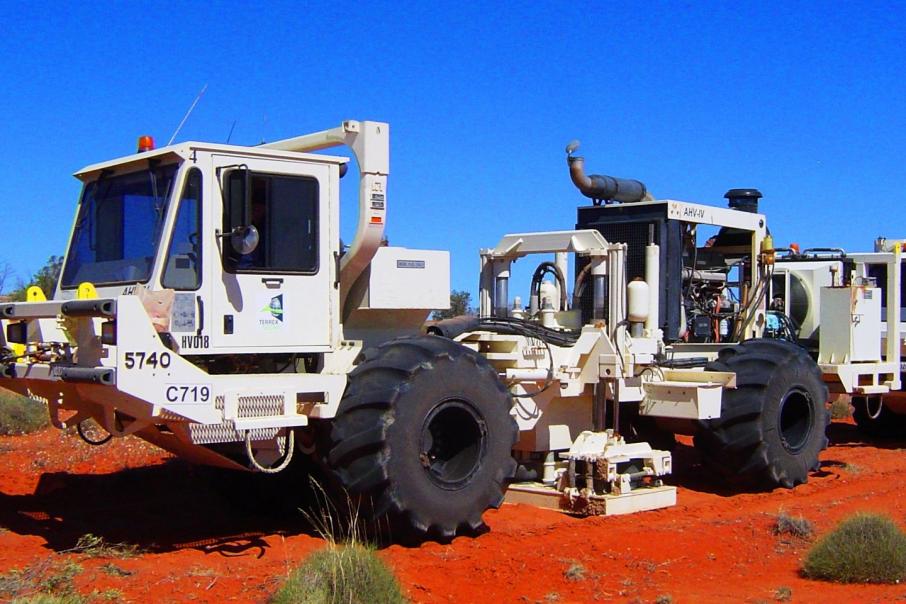 Perth entrepreneur Steve Tobin is gearing up for an expansion of oil and gas and minerals exploration in Australia, after selling a majority stake in Terrex Seismic to a private equity group to fund the acquisition of what he believes is a breakthrough technology.

In addition to the Terrex deal, Mr Tobin and his wife, Hayley, have put their Aravina Estate winery at Yallingup on the market for up to $20 million.

“We’re seeing a resurgence of interest in oil and gas exploration and production, so were focusing on Terrex again and other interests we have in the oil and gas space,” he said.

His growth plans include a big investment in a new seismic technology, which he believes will strengthen Terrex’s position as Australia’s major onshore seismic survey business.

“It’s a global launch of a new seismic acquisition technology that Terrex is unveiling at the APPEA conference in Perth in two weeks.

“It was important to secure quite a lot of funding to roll that system out, not just in oil and gas, but minerals and coal as well.”

In order to secure the funding, Mr Tobin has sold a majority shareholding in Terrex to private equity group Allegro for an undisclosed sum.

“We’ve got just under 50 per cent and we’re very happy with that,” Mr Tobin said.

“We don’t mind giving up a bit of control to PE; they rely on our skills and expertise and we rely on their fiscal discipline and access to capital.

“It’s a good deal for everyone.”

Terrex was advised on the transaction by Azure Capital and Corrs Chambers Westgarth, while Allegro was advised by Herbert Smith Freehills and KPMG.

Mr Tobin said the adoption of autonomous nodal technology, which removes the need to lay out cables between multiple sensors, had been part of the seismic surveying industry’s plans for some time.

“We’ve trialled four different systems in Australia and finally we’ve found a new technology that we love, so we’ve splashed out and bought this technology,” he said.

“It’s a great new technology for our industry and we’re their global launch customer.” 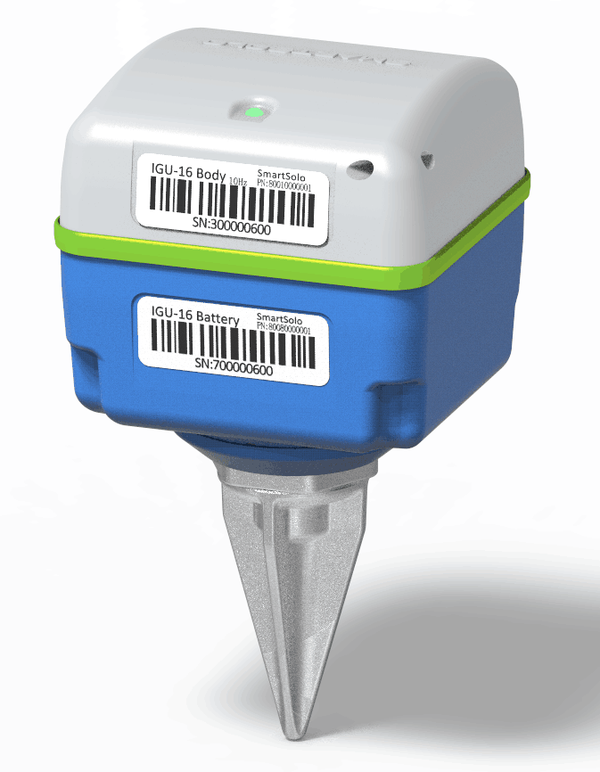 The SmartSolo seismic sensor is manufactured by DTCC (Dynamic Technologies), which operates from Calgary and Beijing.

“They’re expensive but they’re the best in the world, so we’re really pleased.

“The Allegro deal closed on Friday and we placed the order for the nodes on Monday, so that’s how it all came together.”

Mr Tobin’s bullish outlook is based on a recovery in oil prices and increased gas demand on the east coast.

This follow several years of weak activity, driven primarily by the collapse in oil prices.

“We’ve had our share of redundancies and restructures along with everyone else.

“We’ve weathered all those costs and sold non-core assets and now it’s time to focus on growth and rebuilding the business.”

Mr Tobin said Terrex would focus on the Cooper Basin, the Northern Territory and southern Queensland.

“That’s where the activity will be in the next three or four years,” he said.

“We closed the Perth office last November because there wasn’t a lot happening here in the west.”

Terrex has traditionally earned 90 per cent of its revenue in the oil and gas sector, but Mr Tobin is aiming to lift sales to the mining sector.

“That’s a space we intend to roll out the new technology,’’ he said.

“We think we can do a really good job in that sector; we expect to improve the accuracy and resolution of these 3D sub-surface images.”

While his focus for the coming year will be on Australia, Mr Tobin sees export opportunities in Asia, Papua New Guinea and Africa.

Against that backdrop, Aravina Estate has been put on the market with an asking price of between $16 million and $20 million.

“What Hayley and I love doing is building businesses,” Mr Tobin said.

“Aravina has been a great project but we’ve done what we wanted to do there, so we’re moving on with other projects.” 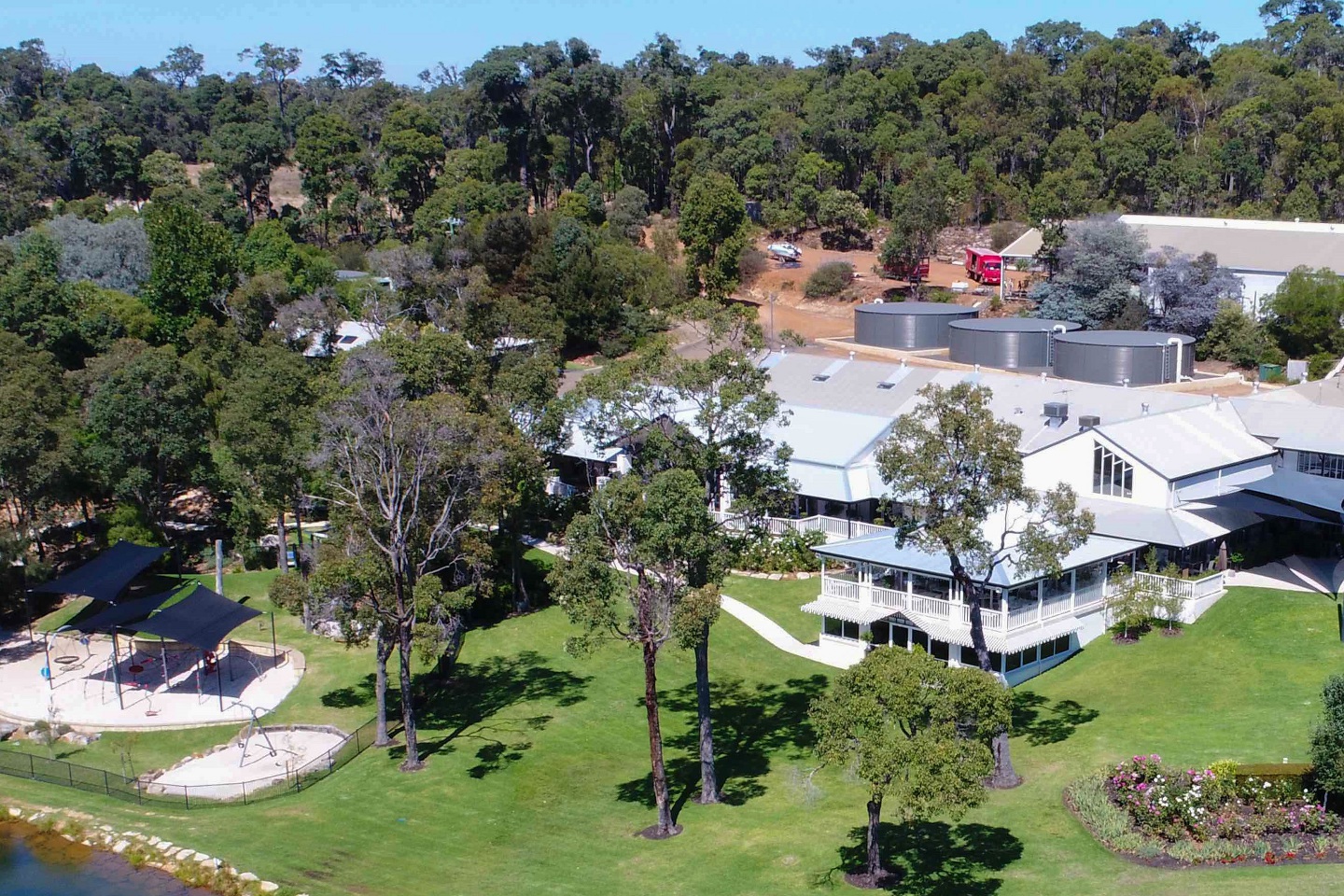 Steve and Hayley Tobin are aiming to sell Aravina Estate for up to $20 million.

When asked about those ‘other projects’, Mr Tobin said he was a shareholder in several oil and gas services companies.

The Tobins bought Aravina in 2010 for about $5.5 million and have invested heavily in the property, which includes 30 hectares of vineyards, a restaurant and function centre, and a motor museum.

“Its cash flow positive, its profitable and has a great reputation so it’s time to move on,” Mr Tobin said.

Aravina is being jointly marketed by Mike Calneggia of Gaetjens Langley and Brian Moulton of Acton South West.

He believes the upgrade of Busselton airport, currently under way at a cost of $70 million, was adding to interest in Margaret River as a wine and food tourism destination.