Dollar up, gold down. It wasn’t supposed to be like that, especially in a week when Australian miners have been trying to convince international investors at a conference in Hong Kong that it’s time to take a fresh look a country that was in danger of pricing itself out of the market. 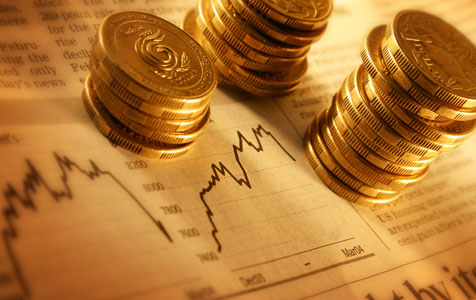 Dollar up, gold down. It wasn’t supposed to be like that, especially in a week when Australian miners have been trying to convince international investors at a conference in Hong Kong that it’s time to take a fresh look a country that was in danger of pricing itself out of the market.

According to the script, written before several hundred mainly Perth-based company directors and stockbrokers flew north to the annual Mines and Money meeting, the Australian dollar should be falling while gold should be rising.

The fact that the reverse has occurred this week raises an interesting question about the Australian economy and whether the dollar has already bottomed at US90 cents and is now entering a new upward phase, possibly on its way to becoming the world’s newest petro-currency, thanks to the imminent start-up of a series of liquefied gas export projects in Western Australia and Queensland.

Naturally, no-one at the Mines and Money conference was talking about the concept of a petro-currency because their interests were mainly about minerals, such as gold and iron ore, and money – and how to raise some.

However, one of the benefits of attending an international event is that it helps put Australia into clearer focus, and possibly provide a plausible answer as to why the currency is rising when most observers have been expecting it to fall.

The two explanations that occurred to me while listening to talks about mining is that some thoughtful, and obviously very rich institutional and private investors, are taking positions in the Australian dollar because either:

• they do not subscribe to the China slowdown story that has dominated economic discussions in the region and expect a fresh round of economic stimulus by the government in that country; or

• they see the longer-term shift under way in the Australian economy as a major new export industry (LNG) starts to dominate.

Or maybe both these reasons are behind their actions.

The game, and it is a game to currency speculators, is that Australia remains an attractive place to invest, especially when compared with most of the alternatives and more so as oil and gas emerges as Russia’s preferred economic weapon in its argument with the West over Ukraine.

Rather than subscribe to the popular theory that the Australian dollar should be falling because of its exposure to its current crop of leading exports such as iron ore, the new factor in the game is Australia’s rise as a petroleum exporter, overtaking Qatar as the LNG leader in what is fast-becoming one of the world’s preferred fuels.

Not everyone sees the situation this way, but rather than criticise other commentators who are persisting with a theory that Australia’s economy is heading for a dive and the dollar will go down too, it is just as easy to suggest that they have simply got their timing wrong.

The latest to misread the Australian situation and tip a big fall in the Australian dollar (on the same day it rose back above US92 cents) was Henny Sender, a Hong Kong-based columnist with London’s Financial Times newspaper.

As the Australian mining-sector delegation was gathering in the vast Hong Kong exhibition centre, and perhaps because there were so many Australians in the city for the week, Sender used her column in yesterday’s FT to repeat the argument that a slowdown in the Chinese economy makes for ideal conditions to short-sell the Australian dollar.

Under the heading: ‘Australia’s luck runs out as China slows down’, Sender used the latest manufacturing data from China to suggest that now is a good time to short-sell the Aussie dollar.

Her argument is valid, but not original (or timely), and contains the same points in a comment I wrote exactly 12 months ago under the heading ‘Aussie dollar could be the next big short’.

Back then, the exchange rate was $US1.05 with the ensuing fall to US90 cents justifying the view – and perhaps demonstrating that the dollar today has already corrected – that the bad news is factored into the currency, which is poised to shift from being treated as proxy for iron ore and China’s demand for steel into a proxy for the price of LNG and the world’s demand for liquid fuel.

Tipping currency moves is always tricky and my forecast of a year ago could easily have been a lucky win.

However one of the benefits of spending a few days in an international environment is that you get a clear picture of where Australia fits into the world and how its economy is performing relative to other countries; and that’s when you appreciate that there are more positives than negatives, even if China’s hectic pace of growth slows a little.