The technology bubble that has inflated share prices around the world hasn’t burst, but it has certainly lost a lot of air and credibility. 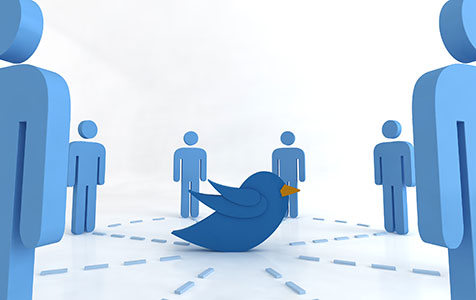 SLIDE: Twitter lost $US430 million in the latest nine-month period.

The technology bubble that has inflated share prices around the world hasn’t burst, but it has certainly lost a lot of air and credibility.

Sharp price falls by some of the biggest names in social media, telecommunications and internet trading were a reminder of what happens when promised earnings fail to materialise, or doubts are raised about the business proposition underpinning the business.

Among the casualties on the US market late last week were Twitter and LinkedIn, two of the leading promoters of social media – Twitter with its high-profile micro-blogging service, and LinkedIn as a conduit for professionals

Unfortunately, reputations mean nothing when investors dig a little beneath the sales spiel. This is what happened to LinkedIn, which suffered a 44 per cent share price fall on Friday, while Twitter shed 7 per cent to take its fall over the past 12 months to 50 per cent, sufficient to remove the company’s founder, Jack Dorsey, from the list of US billionaires.

Other big names to be hit by the investor exodus included Atlassian, an Australian software development business that listed in the US late last year with an initial market capitalisation of $US5.8 billion, but which has lost one third of that value in the past two months (including 16 per cent on Friday).

There could be worse to come, because even at their lower valuations most technology stocks are still trading at enormously inflated share prices.

The share price of Amazon, which claims to be the world’s leading retailer, has fallen by 27 per cent over the past year, including 6 per cent on Friday.

But even at its latest price of $US5.02, Amazon is trading on a price-to-earnings (PE) multiple of more than 400, a number that implies either the company is poised to generate an enormous increase in earnings, or has a share price set to fall much further.

Other prominent tech stocks such as Facebook and Netflix are also trading on hugely inflated PE multiples. Facebook is on a PE of 81 and Netflix is on 296 times last year’s earnings; and while it is growing quickly, it needs to convert sales into profits – and that’s never as easy as it sounds.

To put those PE ratios into perspective, leading Australian banks are trading on a ratio of around 14-times earnings, while Wesfarmers is on 19 and BHP Billiton 34, itself an inflated number.

The situation with Twitter and LinkedIn is the one that seems certain to create the closest attention from investors, who have become concerned about the profit flows of both companies, and their claims to have hundreds of millions of active users – with ‘active’ the key word.

LinkedIn, for example, claims to have 414 million users, and perhaps it does, but there is one alleged user that I know of who signed up as part of casual look, has never made use of his account, but has found it very hard to have his name removed.

In other words, personal experience is sufficient to question whether the correct number of users is one less than 414 million, and perhaps quite a lot less if the inability to leave LinkedIn is a common one.

Twitter, which has always seemed to be an electronic version of a bar-room conversation, and about as accurate, has apparently amassed a use base of 320 million people; but how many of those are regulars is a question investors and research analysts are starting to ask.

Changes have been unveiled at Twitter to try and overcome the doubts being raised in the stock market, including a proposal to assess tweets on the importance rather than simply post them as they arrive, and for the length of tweets to be enlarged from 140 characters to 10,000 characters, which is an essay of around 1,000 words.

Both measures have caused controversy among traditional users of the micro-blogging service, though the real issues remain earnings and the number of users.

The picture is not good on the earnings front because Twitter continues to lose money; $US430 million was the loss in the latest nine-month period, while on user numbers that latest head-count of 320 million represents a modest increase from a claimed 316 million three months earlier.

The kindest interpretation of the tech-stock sell-off, which drove the key US technology index down by 5.4 per cent last week, is that investors have delivered a wake-up call to express their concern about a sector that has run too far too fast and has been due for a correction.

A less-kind interpretation is that those ridiculously inflated PE ratios point to a continuation of the shake-out until they return to more reasonable levels.