Time to talk about bots

OPINION: There has been a quiet revolution going on in the way businesses operate, thanks to something you may not have even heard of yet – chatbots. 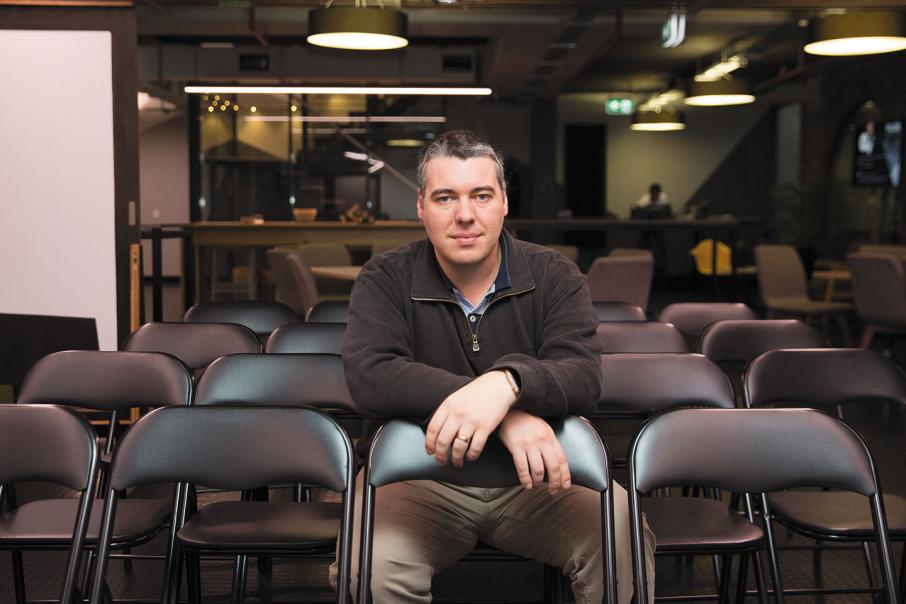 Damian Bramanis says chatbots that ‘power-up’ humans are a way to supplement a range of technology services. Photo: Attila Csaszar

There has been a quiet revolution going on in the way businesses operate, thanks to something you may not have even heard of yet – chatbots.

While chatbots have been around for years, experts are predicting that 2017 will be the year chatbots go mainstream. According to Business Insider’s research service, BI Intelligence, 59 per cent of millennials and 60 per cent of gen Xers in the US have used chatbots on a messaging app like Facebook messenger.

Using artificial intelligence and machine learning, chatbots are a new way for companies to engage with customers by simulating conversations with real customer service agents.

Both the ATO and Jetstar have chatbot ‘virtual assistants’, who provide help through conversation. This form of chatbot is quickly becoming a common feature for online retailers.

While it’s obvious you’re not talking to an actual human, people are willing to play along – it’s much more pleasant to have a ‘conversation’ than filling out an impersonal form or reading through a long FAQ page.

“They get the answers they want straight away without having to ruffle through a website overloaded from an SEO strategy that has flooded us with too much information and not enough time to wade through it,” Ms Johanson said.

Chatbots are also revolutionising the way companies work internally. Slack is a popular team-based messaging platform that moves companies away from email to chat. Slack not only allows integrations with a variety of other apps and tools, it has bot integration, enabling teams to augment their work by adding a bot to their chat.

The sixth most popular chatbot on Slack – Busybot – is a Perth creation. Busybot sits in a team chat and takes tasks from conversations and turns them into a ‘to-do’ list or task manager. Launched only 18 months ago, Busybot is being used by more than 19,000 organisations globally

Busybot founder Damian Bramanis describes chatbots as: “Powering-up humans by assisting us and letting us do more and be more efficient”.

The vision of the future of work presented to attendees at the Slack Frontiers conference held in San Francisco last month is one where everything is done through Slack or another chat interface. Instead of HR forms, for example, employees can answer questions or put in a request through a chatbot in Slack.

And this trend is changing things across the board. “Chatbots are not constrained to one industry, they’re everywhere,” Mr Bramanis said.

“There is an opportunity for established businesses with chatbots. They’re a way to supplement any technology service. They provide more options to access services in a more engaging, accessible way.”

A great example of this is delivering information in a less dry, more engaging way. In 2013, the ABC launched its Newsbot to deliver election results via Twitter. Last year, they upped their game, creating a chatbot you could ask election-related questions through Facebook Messenger.

And not only is this a trend across industries, it’s global, especially as we move towards chat as a dominant interface.

In 2015, messenger apps such as WhatsApp and Facebook Messenger surpassed social networks in terms of active monthly users, according to BI Intelligence.

Siri, Alexa and other ‘digital assistants’ on phones and home devices like Google Home and Amazon’s Echo also mark a shift towards chat as the way we interface with our devices.

Taken together, chatbots and the dominance of chat signal a future where the way we interface with our devices will be more like human conversations and less like pressing buttons.

Chat is quickly becoming the way we expect to interact with business, our devices, and each other.

“We’re based in Perth, the far end of the world, far away from most big tech companies. But we have the ability to play on a level playing field with the rest of the world. Busybot can reach a million people. There is a huge opportunity here; I see it as a gold rush,” he said.