Ensuring the future is human can only become reality if we engage in honest discussions about the impact of AI and tech. 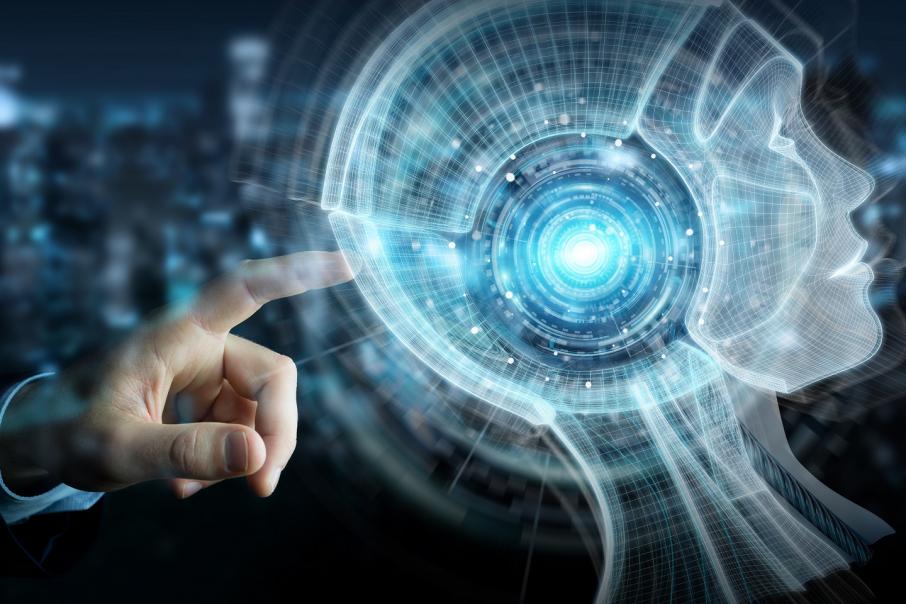 How humans interact with AI will be a key challenge in the near future.

Is the pace of technological change overwhelming you? Are you concerned that we are creating a future where humanity has been replaced by machines?

SpaceX and Tesla CEO Elon Musk has called AI humanity’s biggest existential threat, which is quite something coming from a man many would describe as a tech visionary.

Mr Musk is so concerned that in 2015 he invested $1 billion in a company called OpenAI, which has a stated focus to ensure AI benefits all of humanity. And Mr Musk says his plan to colonise Mars with SpaceX is an escape plan, in case AI goes rogue on earth.

And in the world of tech billionaires, Mr Musk isn’t alone in this thinking. In December last year, influential media theorist Douglas Rushkoff spoke at TED about the importance of being on ‘team human’ in the digital future. He opened the talk with a story in which he finds himself in a room being peppered with questions by four tech billionaires about the future. Their final and most pressing question was, “Alaska or New Zealand?” In other words, they were asking which was the better bet for their doomsday bunkers.

Another important bit of data here, and part of what Mr Rushkoff is reacting to, is what’s called transhumanism. It’s the notion that we should create AI as the natural successor to humanity, so that we can become obsolete or merge with machines. While this may sound pretty out there, it’s not an uncommon belief among the folks in Silicon Valley who create the technology we all use, including, of course, AI.

Mr Rushkoff’s concern is that those subscribers of what he calls the ‘anti-human religion of Silicon Valley’ are also the people who are creating the future for us all.

Even if we aren’t facing an AI apocalypse or a transhumanist utopia where we upload our consciousness to computers, there is still the very real concern about automation and job loss. In PwC’s 2019 Global CEO survey, 50 per cent of CEOs in the Asia Pacific region surveyed believed that, eventually, AI will displace more jobs that it creates.

A return to the human

Now that you’re sufficiently scared, if you weren’t already, I’m happy to tell you there’s hope – because there’s a growing counter-movement calling for a return to the human; or what Mr Rushkoff called for in his TED talk – choosing team human.

And regardless of how you feel about the potential impact of AI, the return to the human is recognition that our human skills are also the key skills needed for the future. These are the skills machines are bad at – creativity, empathy, critical thinking, imagination. It’s why influential American entrepreneur Gary Vaynerchuk recently proclaimed that: “Emotional intelligence is about to become the most important trade”.

Indeed, another important insight from the PwC Global CEO survey is that this year, CEOs see a skills shortage among their human workers as the third largest threat to their growth, while speed of technological change is ninth. Also significant is that concerns about technology decreased from last year (down from sixth) while the human skills gap increased (up from fifth).

This sentiment is also being echoed closer to home. The theme of this year’s Australian HR Institute’s (AHRI) annual conference in Brisbane is ‘The future is human’.

A return to ‘real life’

This return to the human is also an extension of a trend I wrote about in my final column for last year, which looked at what might happen in 2019, and specifically the return to the real and ‘real life’ human connection.

And it’s happening in a perhaps an unexpected place. Co-working spaces are often seen as tech hubs, places that Mr Rushkoff might think are on ‘team machine’. But Balder Tol, the general manager of WeWork, a successful global co-working company that is set to open its first space in Perth in September, thinks otherwise.

Mr Tol believes their success been putting humans first, and using technology at service to that goal.

“We’ve found that while the ability to work remotely may be seen as an advantage to today’s workforce, real life connection simply can’t be replaced.” Mr Tol said. “In many ways, it’s more important than ever to make sure that technology is enabling person-to-person connection rather than replacing it.”

The future will be human

As for me, I’m proud to say I’ve had the declaration ‘The future will be human’ on my business cards for more than a year and a half. It gives me hope that this is now becoming part of the mainstream discussion, because it’s something we all need to be deciding.

The future is, by definition, not here yet. We can still decide what happens. We only lose our power when we believe it has already been taken from us.