Western Australia’s big spenders are starting to flex their credit cards in anticipation of the opening of Perth’s very own Gucci store on June 12.

Western Australia’s big spenders are starting to flex their credit cards in anticipation of the opening of Perth’s very own Gucci store on June 12.

The fashion and luxury goods retailer has moved into the heritage-listed Monash House on the corner of King and Hay streets, joining the only other international high-end retailer in Perth, Louis Vuitton, in the up-market precinct.

Conceived by Gucci and interior architect William Sofield, the new store comprises a selling space of 200 square metres and will stock a range of luxury accessories, from handbags, luggage and small leather goods, to shoes, belts, ties, scarves, sunglasses, watches and the Gucci Gift Collection.

Gucci already has signature stores in Sydney, Melbourne and the Gold Coast and its decision to move west is no surprise, considering the strength of the WA economy and retail spending figures.

“We have a strong customer base in Perth that frequently travel to our Sydney and Melbourne stores to purchase Gucci; they are fashion savvy and demand premium quality merchandise,” Ms Koo said.

She said Perth had the fastest growing economy in the country and predicted Gucci would not be the last high-end retailer to enter Perth.

Owned by French holding company Pinault-Printempts-Redoute (PPR), Gucci Group has just announced strong profits for the first quarter of 2006, realising $880 million in sales and growth of 17.7 per cent, noting in particular, a boom in sales in the Asia-Pacific region.

Gucci looks to have arrived at just the right time, with retail spending in WA on the upswing and retail trade figures recording strong results, according to the Australian Bureau of Statistics.

Department stores, clothing, soft-goods and associated retailing in particular have had a strong growth trend for the past four months in WA, with total retail turnover for March increasing from $1.65 billion for the month in 2005 to $1.79 billion in 2006.

For all those fashion conscious who take as much pride in accessorising their homes as they do themselves, luxury furniture retailer Natuzzi is expanding and opening its third WA store just a short distance from King Street, on the corner of Hay Street and Shafto Lane in July. 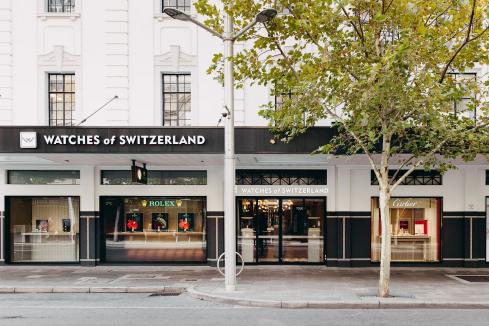