The CCI and other business groups have given the state and federal governments a clear agenda for future policy reform. 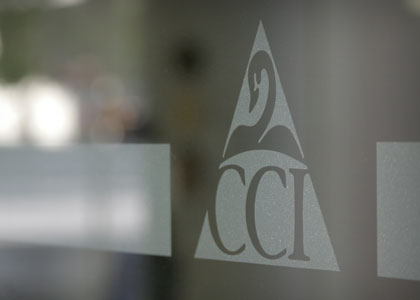 The CCI and other business groups have given the state and federal governments a clear agenda for future policy reform.

REFORM fatigue is one of the main barriers to good government in a modem democracy.

The day-to-day challenges of running government and the intense scrutiny from the media and the public can wear down even the most determined of politicians.

They often find it difficult to focus their attention and energy on the pursuit of ambitious reforms, especially when they see brave reformers like Jeff Kennett get turfed out of office.

But there is one thing the former Victorian premier can always say: he left his mark on the state he governed and continues to be held up as a role model by those frustrated by the inertia and pettiness that often characterises our governments.

Many other politicians, even state premiers, have come and gone and failed to make a lasting impression.

What is not in short supply is policy advice.

Just about every industry lobby group will be releasing a policy platform ahead of the upcoming elections.

The Property Council had its turn this week; its top priority is for the government to prioritise major infrastructure investments to support the state’s growth needs.

It wants the government to re-energise planning reform, to speed up approvals for projects.

Also on its wish list was a commitment to a bigger Perth and large regional cities, along with reform of local government by redrawing council boundaries around new community and economic centres.

The Association of Mining & Exploration Companies has also released its policy platform, which, not surprisingly, is focused on maximising mining exploration.

Like the Property Council, it is keen to see further reform of the review of the Environmental Protection Act appeals process to be undertaken.

Other items on its agenda are regional infrastructure to meet the needs of the resources sector, and collaborative training reforms.

The Chamber of Commerce and Industry WA upped the ante this week with a paper that advocated a wide range of reforms designed to lift national productivity.

There wasn’t anything dramatically new in its paper; it touched on topics such as reducing the regulatory burden on business, boosting labour supply and flexibility, improving educational attainment, and unlocking future innovations by leveraging off the university sector.

These include changes to halt union stalling that blocks ‘greenfield’ (new project) agreements.

It also wants to raise the bar before protected industrial action can proceed; is keen to tighten the rules governing right of entry for unions on work sites; and wants the system to provide a statutory individual agreement option, or at least some other individual agreement making option.

The final leg to CCI’s productivity agenda is infrastructure investment.

This is a topic raised by all industry groups, which universally are frustrated by the lack of consistent, long-term planning in this regard.

One very specific proposal put forward by CCI is for the state government to replace its Infrastructure Coordinating Committee with an independent body to oversee infrastructure planning.

It wants the group to have an independent chair and members from the business sector.

As this column has argued previously, politicians should not be scared of putting some independent voices into the policy making process.

Who knows, if they embrace this kind of opportunity and get wider input in a genuinely open and consultative policymaking process, the result might be immensely superior to current outcomes.

Surely it’s worth engaging more with business, debating ideas and having a go, rather than just focusing on the next opinion poll and the next election.