Tiger Resources has bolstered its finances with a $42.5 million capital raising as it works towards commissioning its Kipoi copper project in the Democratic Republic of Congo. 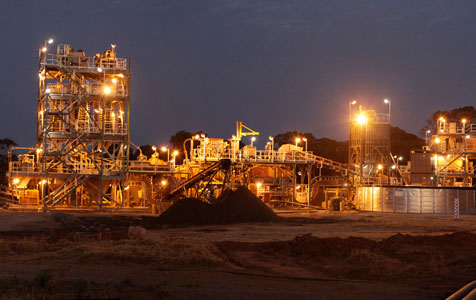 Tiger Resources' Kipoi mine in the Democratic Republic of Congo.

Tiger Resources has bolstered its finances with a $42.5 million capital raising as it works towards commissioning its Kipoi copper project in the Democratic Republic of Congo.

Tiger raised $34 million through the placement of 100 million shares to institutional and sophisticated investors at an issue price of 34 cents per share.

It has also flagged a further $8.5 million raising from a second placement tranche of 25 million shares at the same issue price to an unnamed investment fund.

The second tranche will be in excess of the company's 15 per cent capacity and is therefore subject to shareholder approval at a meeting next month.

Canaccord Genuity (Australia) acted as lead manager to the offer.

Tiger said that an additional $8 million could be raised via a share purchase plan to existing shareholders.

The funds will be used to assist the company in paying down bank overdraft facilities and for payments due to the vendors of the Kipoi project.

Tiger this week increased its copper production guidance at the Kipoi project by 85 per cent on the back of a record quarter of production.

The company earlier this month announced it had lined up $US50 million in funding towards construction of the stage two solvent-extraction electro-winning plant at the Kipoi project under a proposed offtake arrangement with commodity trader Gerald Metals.

Tiger shares emerged from a trading halt more than 10 per cent lower at 35 cents at 9:40am WST.