Tiger Resources has raised $20 million via a share placement earmarked for the expansion of its Kipoi copper mine in the Democratic Republic of the Congo. 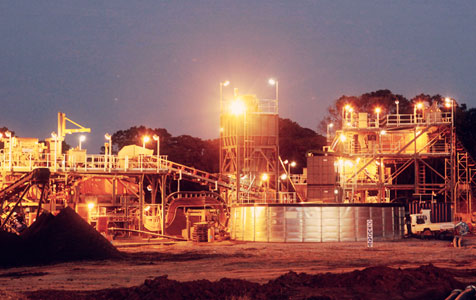 The processing plant at Tiger's Kipoi copper mine

Tiger Resources has raised $20 million via a share placement earmarked for expansion of its Kipoi copper mine in the Democratic Republic of the Congo.

Tiger said it placed the shares to professional, sophisticated and exempt investors at 34 cents each to raise the capital.

That is a discount to Tiger’s last closing price of 37 cents per share.

The company said it had also sourced a further $25 million in pre-payments from an offtake facility that it was expecting to finalise in the coming weeks.

The proceeds from the share placement and the prepayment facility will be used for early works for its phase 2 and phase 3 expansion plan at its Kipoi copper mine.

The works will include upgrading the power distribution network, site works for installation of electrical transformers, early development of heap leach pads, and the installation of a conveyor and stacker system to replace the 800-metre truck haulage route.

“These initiatives are expected to materially reduce unit operating costs in Phase 1 as well as facilitate the implementation of the phase 2 and phase 3 expansions,” Tiger said.

The company said it would also loan $US10 million to its 60 per cent subsidiary, Societe de Exploitation de Kipoi, to settle the DRC government’s 5 per cent interest in the Kipoi project – pursuant to the country’s mining code.