Perth-based Tiger Resources has finalised terms of a $US162.5 million ($A225.5 million) finance facility with two investment groups to refinance its debt and fund expansion of its Kipoi copper project. 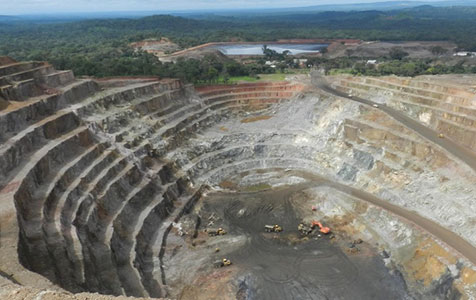 Tiger took full ownership of the Kipoi copper project in the Democratic Republic of the Congo last year.

Perth-based Tiger Resources has finalised terms of a $US162.5 million ($A225.5 million) finance facility with two investment groups to refinance its debt and fund expansion of its Kipoi copper project.

The facility with Taurus Mining Investment Fund and International Finance Corporation will be used to refinance Tiger’s existing debt facilities with Taurus and Gerald Minerals.

It will also be used to provide capital to expand Kipoi, located in the Democratic Republic of the Congo, which involves increasing the capacity of a solvent extraction and electrowinning plant from 25,000 tonnes of copper cathode per annum to 32,500tpa by November next year.

Herbert Smith Freehills advised on all aspects of the transaction.

The HSF team involved the Perth office and was led by Perth partner Rowen Cross and London partner Martin Kavanagh.

Tiger has also announced plans to raise up to $US25 million through a placement and entitlement issue, as part of drawdown terms of the facility.

Resource Capital Funds, a 3.1 per cent stakeholder in Tiger, has committed to take a $US6 million placement of ordinary shares at 0.66 cents each, representing a 16.7 per cent premium to the company’s last closing price.

Tiger will raise the outstanding $US19 million through a four-for-nine entitlement offer to eligible shareholders at 4.7 cents each, with RCF committing to subscribe for about $US4 million to bring its total commitment to Tiger to $US10 million.

IFC has also committed to acquire any shortfall entitlements, capped at $US5 million and subject to obtaining a minimum 5 per cent stake in Tiger.

Meanwhile, Tiger said operations at Kipoi continued to perform well, with annual copper production likely to be between 25,500t and 26,000t for the year.

“Electricity from the power grid has continued to improve with 60 per cent grid power expected for Q4 of 2015, following consecutive months of 65 per cent usage in October and November,” the company said in a statement.

“Additional power is likely to be available to Kipoi following further savings by the Energy Efficiency project which has delivered 27 megawatts to the state-owned power grid.

Tiger paid about $118 million to acquire a remaining 40 per cent stake that it didn’t already own in Kipoi in August last year.