SPECIAL REPORT: A maintenance hub for LNG vessels in WA is one of numerous opportunities for oil and gas services businesses. 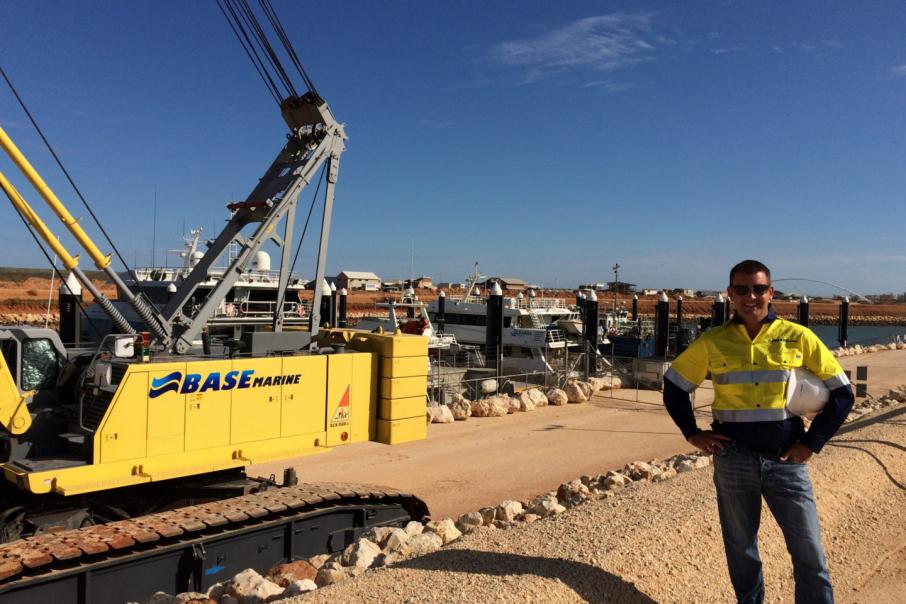 Base Marine chief executive Nick Tutty told Business News he felt the market was definitely picking up after what had been a tough few years.

Local maintenance of the LNG tankers that carry Western Australian gas to global markets could be a cost competitive new industry if a business idea by a major global shipbuilder comes to fruition.

The concept is just one example of the opportunities for oil and gas service providers, who are reporting an increasingly positive outlook for the sector after years in rough waters.

Representatives from Spanish shipbuilder Navantia toured facilities in Perth recently in a visit organised by WA senator Linda Reynolds to get a grasp of the potential for undertaking tanker maintenance.

Further work is to be done in coming months scoping out support from LNG businesses, although there is a hope that up to one in 10 of the vessels transporting the chilled fuel might eventually be maintained in WA.

Business News understands such a maintenance facility would cost a few hundred million dollars, with the potential for government co-investment if the operation also doubled as a location for the upkeep of defence vessels. 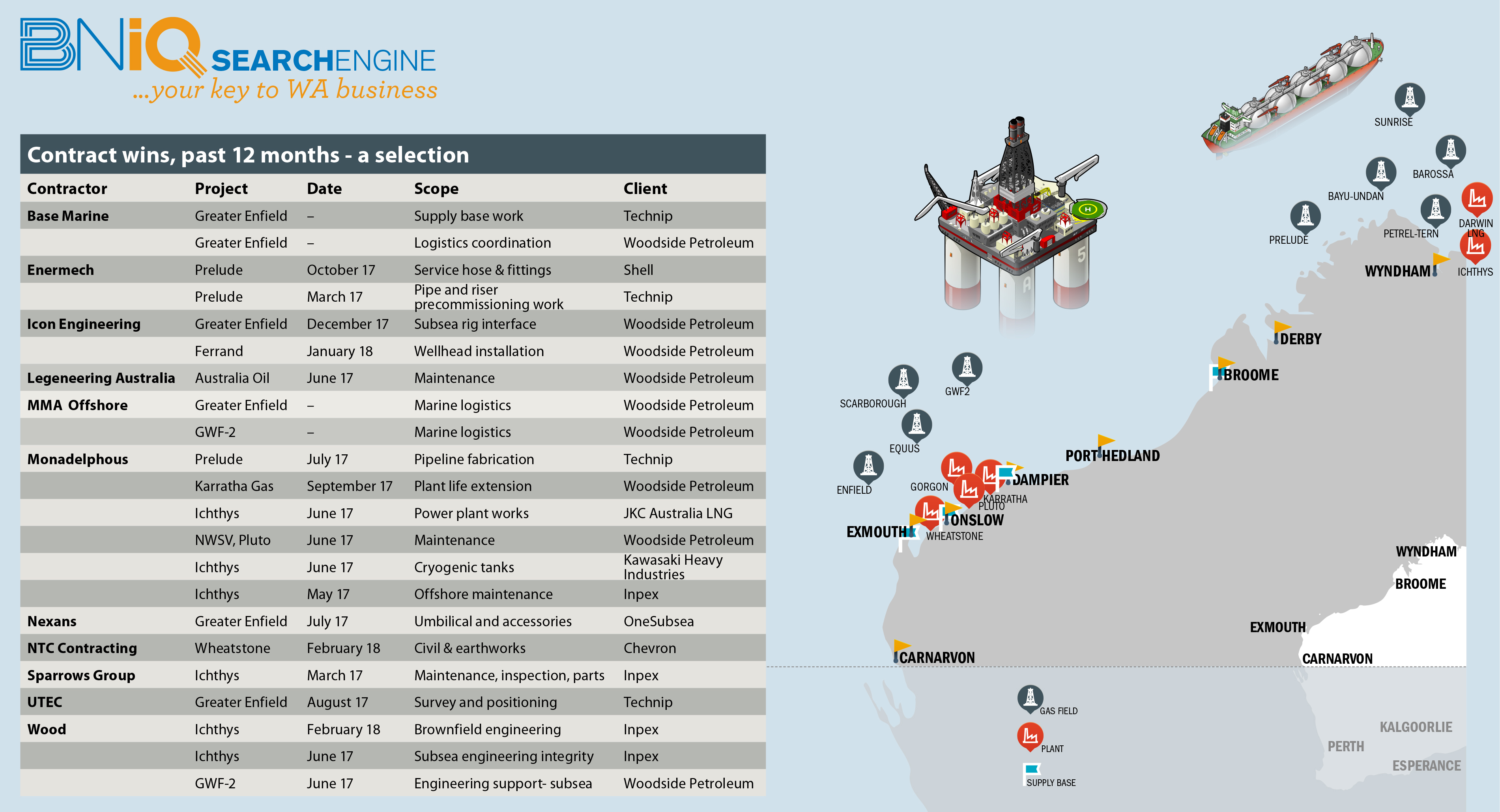 Henderson or even a port in the Pilbara could play home to such a site, according to Navantia Australia chairman Warren King.

Mr King told Business News initial discussions had been positive, although an investment would be some way off.

“We were very encouraged … (we’re) looking to take that further,” he said.

“There is quite likely a market for LNG tanker overhaul in WA, but we need to do more work.”

A Henderson-based operation would bring a few benefits, with the company recently opening a post in the area to manage maintenance of two new defence resupply tanker vessels.

Some of the maintenance for the two tankers would be done in Henderson.

Most, however, would be on the east coast.

Mr King said the movement of Collins class submarine maintenance to the west, in addition to other defence initiatives, opened the door to possible collaboration for funding an integrated maintenance facility.

By contrast, a Pilbara base would not benefit from the potential for defence applications, but it would be much closer to the existing routes of LNG transport vessels.

Despite an oft-cited criticism that WA can’t compete in manufacturing because of wages, Mr King cited numerous examples of countries with high labour costs working successfully in the maritime sector.

South Korea, Japan and Singapore had similar labour costs to Australia, yet were involved in shipbuilding and maintenance, he said, while Spain was one of the world’s biggest players.

A bigger problem than labour rates would be that ships may need to divert hundreds of kilometres to be maintained in a place like Henderson, while a location like Singapore would generally be en route.

For Base Marine, which operates the Exmouth supply base, two Woodside Petroleum projects, Greater Enfield and Greater Western Flank 2, are already providing work.

The base was built about five years ago before a big fall in oil prices.

Base Marine chief executive Nick Tutty told Business News he felt the market was definitely picking up after what had been a tough few years.

“In the past 12 months, we’ve felt that things are on the move again,” Mr Tutty said.

“(For) a lot of our small projects, work has come back.

“We’re coordinating some of their logistics through Exmouth for that.”

That would provide about two years worth of work, while Base Marine would also provide services to contractor Technip, which is working on Greater Enfield.

After that, Mr Tutty was optimistic about the potential for a project such as Woodside Petroleum’s Scarborough, which is off the coast of Exmouth.

Exmouth is one of four major supply bases servicing vessels in the offshore industry (see map).

Two of those bases are operated by Toll Group, at Dampier and Broome, after the big logistics chain bought both locations from MMA Offshore.

A new base opened last year at Beadon Creek in Onslow after a $125 million investment, with that facility operated by Kuwaiti business Agility Logistics.

In October, the Onslow base was approved for $16.8 million of funding by the federal government through the Northern Australian Infrastructure facility, while in February a second stage of the project involving major dredging works earned an environmental tick.

Mr Tutty said Base Marine felt comfortable despite the potential for competition.

“We’ve got very good relationships with our clients, we’ve got proximity to the fields and we don’t have to dredge to get vessels in,” he said.

“Time over water or time in helicopters is just high cost.

“(Before the Exmouth base) all the materials would come from Perth and go straight past Exmouth and up to Dampier, and they get loaded on a boat and carted 24 hours back over sea.”

A key trend was that exploration and development work was moving south along the coast over time, with much of that to be off Exmouth in future.

Vessel operator MMA Offshore is another player with an optimistic outlook, according to chief executive Jeff Weber.

That follows a period where the company sold assets and raised capital to pay down debt.

“There’s more and more talk about new developments, (but) there’s a lag between when oil companies start talking about doing something offshore and when we start getting activity,” Mr Weber said.

“It’s still pretty tough out there at the moment, utilisations globally are (low).”

Utilisation would need to pick up before vessel rates could lift, he said.

MMA won work for Greater Enfield and Greater Western Flank 2, although that had been very competitive, Mr Weber said.

That would pick up in the second half of the year.

Mr Tompson said a level of preliminary work was being done, such as oceanographic and early environmental work.

“It hasn’t got to the stage yet of the seismic and drilling picking up, but they (oceanographic and environmental work) are typically the forerunners of the energy sector becoming more active,” he said.

“We think we’re at the bottom of the cycle … we’re anticipating things (will) start to improve,” he said.

“We’re seeing the early signs of that.”

To streamline the contracting process for clients, RPS is moving to a total service model, he said.

Icon Engineering managing director David Field said there were greenshoots throughout the timezone, with the company getting quite a few inquiries.

The business won a contract in January, partnering with Norwegian business Neodrill AS to install a wellhead for Woodside at Ferrand in the Carnarvon Basin. In December it secured a subsea rig interface job at Greater Enfield.

Mr Field said Icon’s focus had been on employing innovation to lower costs, with one move being using light vessels to pre-install equipment that would usually require use of a more expensive rig.

He said there had been considerable change in how the business did things compared with just a couple of years ago. 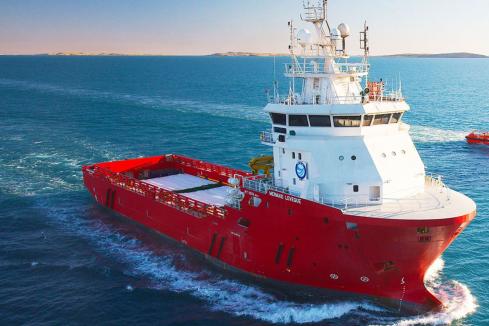