Tianqi Lithium has taken further steps to strengthen its cultural ties to Western Australia with the announcement of a $5 million partnership with the Foundation for the WA Museum. 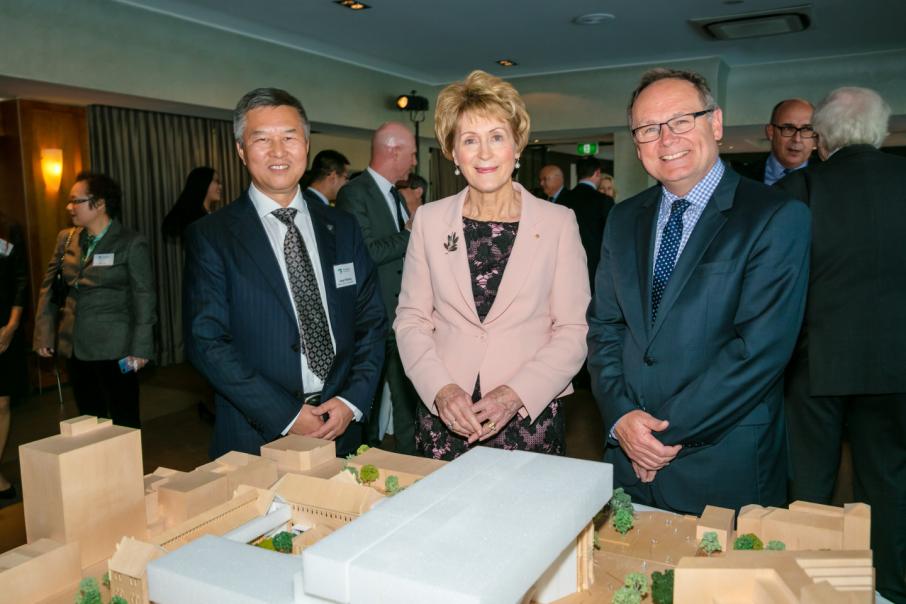 Jiang Weiping (left), Kerry Sanderson and David Templeman attended the partnership signing between Tianqi Lithium and the Foundation for the WA Museum.

Tianqi Lithium has taken further steps to strengthen its cultural ties to Western Australia with the announcement of a $5 million partnership with the Foundation for the WA Museum.

The money will be paid into the Foundation’s endowment Discovery Fund and has secured naming rights to the Connections Gallery, one of seven galleries to be opened within the new museum for WA in 2020.

Established in 1995, the Foundation for the WA Museum is an independent fundraising organisation that exists to support the work of the state-owned museum, and plays a critical role in encouraging investment.

Foundation chief executive Jenny Allen said this was the largest endowment and naming rights partnership the foundation had entered into.

“Private investment is vital to ensuring the new Museum for Western Australia is a state-of-the-art institution which maximises its potential beyond the capability of government funding,” Ms Allen told Business News.

“When you have something (funding) of this size, you have the ability to grow your endowment fund.

“It’s about being able to invest, and the money that comes back from that investment then gives the museum the opportunity to carry out different projects.”

Ms Allen said the foundation would be investing the endowment into several different entities, with the cultural fund enabling the museum to strengthen and promote cultural, community, educational, research and economic ties between WA and China.

The Tianqi Lithium Connections Gallery will feature displays on themes such as early exploration, trade, immigration, national and state allegiances, and international relationships.

Under the agreement with Tianqi, the endowment would be used to secure two major Chinese exhibitions for the Tianqi Lithium Connections Gallery over 10 years, Ms Allen said.

Mr Jiang has been a vocal advocate for cultural exchange and Tianqi’s contribution to the WA community.

Mr Jiang said he felt as though his commitment to WA was something that he was supposed to do and wanted to do and he was honoured to receive recognition and appreciation for his actions.

“This partnership demonstrates Tianqi Lithium Australia’s determination to be an engaged contributor to the local community,” he said.

“Partnering with the foundation demonstrates our commitment to build better relations between Australia and China, and importantly to bridge outdated cultural divides.”

During his visit to WA, Mr Jiang was named a Fellow of the Western Australian Museum for his commitment to the museum and his keen personal interest in encouraging cross-cultural exchange between China and WA.

According to Culture and the Arts Minister David Templeman, the new Western Australian Museum to be opened in Perth Cultural Centre is the largest cultural infrastructure project currently under way in the Southern Hemisphere.

“This very generous gift (by Tianqi) will benefit all Western Australians well beyond the 21st century,” Mr Templeman said.

The partnership builds on Tianqi Lithium Australia’s existing cultural investments, which include an ongoing sponsorship of the West Australian Symphony Orchestra’s Crescendo program run in two schools in Kwinana, where Tianqi’s lithium plant is located.

Earlier this week, Tianqi launched a Sino-Australia Economic and Trade Forum, partnering with the University of Western Australia and China’s Southwestern University of Finance and Economics.

“The forum will be a regular event, rotating between Perth and Chengdu, and will strengthen our shared academic and economic relationships with a dynamic and informative exchange of ideas,” Mr Jiang said.

A tripartite memorandum of understanding between UWA, SWUFE and Tianqi Lithium was signed, stipulating the organisations work together towards a student exchange program, staff exchange, joint research, internships and industry experience for students.