Tianqi brings music where it works 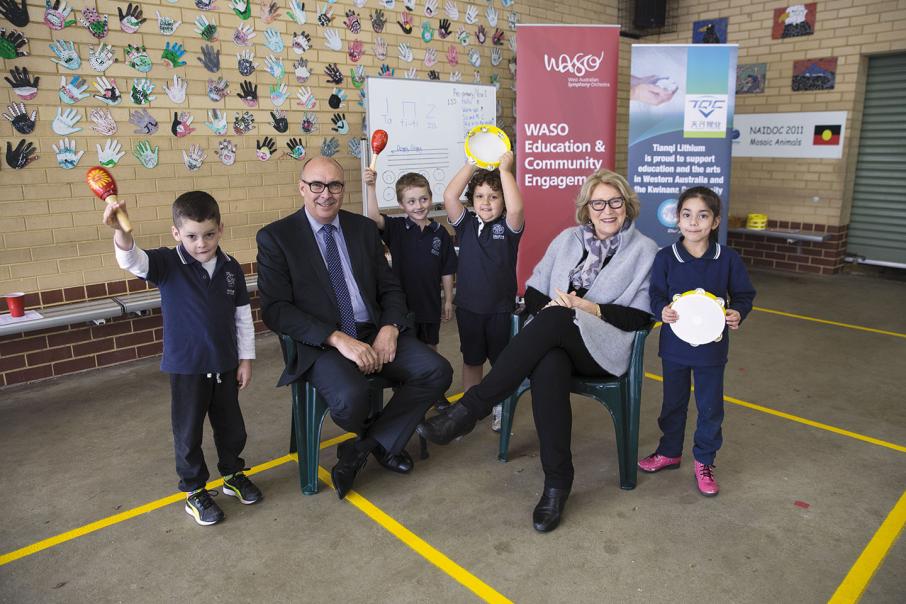 Chinese company Tianqi Lithium is complementing its business presence in Western Australia with a commitment to local community partnerships and the arts, starting with the WA Symphony Orchestra’s Crescendo program.

Tianqi Lithium general manager Phil Thick said that, given Tianqi was building its lithium plant in Kwinana and recruiting the majority of its workforce from the area, the investment in Crescendo, which he described as ‘mid-level sponsorship’ made sense.

“We’re a very new company in Western Australia and we’re investing nearly $1 billion into this state in the next three years, constructing the plant at Kwinana plus the upgrade of the Greenbushes mine in the South West,” Mr Thick told Business News.

“Tianqi as a Chinese company wants to have a more global and Western presence, and because of our assets and investments in WA, this was a logical place to do it.

“So as a Chinese company entering the Australian market, we want to show the WA and the Perth public that we are responsible corporate citizens.”

Crescendo started as a pilot program in term four of 2014, and is the only program of its kind in the state.

Crescendo is currently providing weekly music lessons to all students from pre-primary to year three at the two Kwinana primary schools.

With the support of the sponsorship from Tianqi Lithium, Crescendo will introduce instruments to participants for the first time next year.

Previously, the program had been limited to singing and percussion.

Mrs Holmes à Court said a growing body of evidence suggested that participating in the creation of music could benefit a broad range of skills not explicitly music related.

“It (Crescendo) enables them the opportunity to develop confidence and resilience and emotional and social wellbeing,” Mrs Holmes à Court told Business News.

Music educator and researcher Susan Hallam’s ‘The Power of Music’ is one research publication to suggest active and enjoyable engagement in music making during the early years of life can maximise the benefits listed by Mrs Holmes à Court.

“A solid program of music education throughout the state system would be very advantageous to the community and to the state,” Mrs Holmes à Court said.

WASO is targeting the program to Kwinana due to its level of social disadvantage, which has solidified Tianqi Lithium’s interest in the program.

In addition to WASO, Mr Thick said Tianqi was currently talking with a number of organisations about potential partnerships, including The University of Western Australia.

Mr Thick said Tianqi was well advanced in negotiations with UWA regarding the details of potential exchange programs and scholarships, which would likely be announced in coming months.

These programs and scholarships would provide opportunities for WA students to connect with China, and for Chinese students to link with WA.

“It’s part of that cross-cultural sharing that we think is important and the opportunity for building better relationships between China and Australia,” Mr Thick said.

Similar to the Crescendo program, he said Tianqi would be considering other endeavours aimed at supporting local education in disadvantaged areas.

“One of the interesting things we are looking at doing is we’re potentially going to sponsor some Mandarin lessons into a couple of schools in the Kwinana area next year so that kids have an opportunity to speak Mandarin,” Mr Thick said.

“We think in this global world in which we’re living these days it will probably give some future job and career opportunities that might not be available for those kids otherwise.”

Following the lithium plant’s scheduled opening in 2018, the company hoped to commit to a higher level of sponsorship for WASO, among additional corporate social responsibility initiatives.

Mr Thick said the chairman and chief executive at Tianqi Lithium wanted to achieve the same degree of responsible corporate citizenship as Wesfarmers, Woodside and BHP.