Mongolia-focused miner Tian Poh Resources has announced plans to buy a thermal coal project from Modun Resources for $US2.21 million ($A3 million) and undertake a capital raising to fund the acquisition. 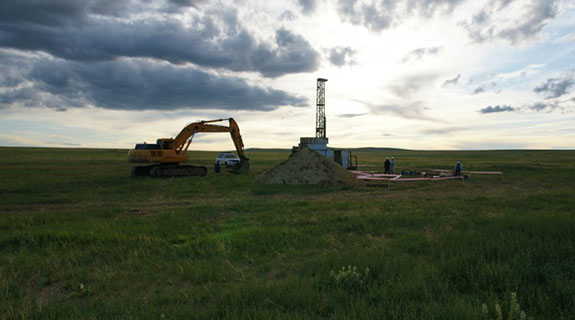 Modun is selling its Nuurst thermal coal project in Mongolia to Tian Poh for $US2.21 million.

Mongolia-focused miner Tian Poh Resources has announced plans to buy a thermal coal project from Modun Resources for $US2.21 million ($A3 million) and undertake a capital raising to fund the acquisition.

Modun previously planned to sell its Nuurst coal deposit in Mongolia to two unnamed Mongolian nationals for the same purchase price as Tian Poh’s, however it never received a deposit for the sale and the deal was terminated.

Tian Poh has paid a $US100,000 deposit for the Nuurst project acquisition.

Under the terms of the deal, Tian Poh will pay $US2.11 million upon closing of the transaction to acquire debt financing provided to the project.

Tian Poh, which plans to immediately begin planning development of the project, said it was in discussions with a number of investors to participate in a private placement to assist with funding.

The project has a JORC reportable coal resource of 478.3 million tonnes, with 326.1mt measured, 103.8mt indicated and 48.4mt inferred, which was compiled in November 2012 by consultancy CSA Global.

It is a wholly-owned exploration licence located 120 kilometres south-east of Ulaanbaatar in an area with a number of operating coal mines, and is six kilometres from existing rail infrastructure allowing direct access onto the existing Trans-Mongolian Railway line.

The transaction is expected to be completed by August 26.

Tian Poh shares were unchanged at 21 cents each at 9:45am, while Modun shares have been locked in a trading halt since July 27.