Perth-based contractor NRW Holdings, which is best known for its work on Pilbara iron ore projects, is the only local company in three consortiums that have been short-listed to bid for the $2 billion Forrestfield-Airport rail link. 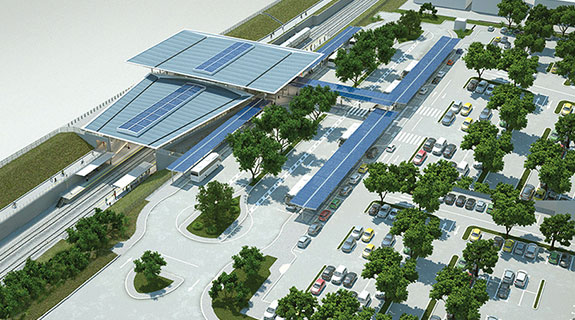 An artist's impression of the Forrestfield train station.

Perth-based contractor NRW Holdings, which is best known for its work on Pilbara iron ore projects, is the only local company in three consortiums that have been short-listed to bid for the $2 billion Forrestfield-Airport rail link.

The JHL JV consortium comprises John Holland and Leighton Contractors, which until this month were wholly-owned subsidiaries of CIMIC Group (formerly Leighton Holdings). CIMIC completed the sale of John Holland to China's CCCI this month.

The SI-NRW JV comprises Italy's Salini Impregilo and NRW Holdings. Salini entered the Australian market in 2013 when it won a $340 million contract on Sydney's North West rail link, while NRW has worked primarily on major civil construction projects in the Pilbara, including bulk earthworks, rail formations and roads. Its first major metropolitan project was the $280 million Great Eastern Hwy upgrade, where it was part of the City East Alliance with Main Roads, Leighton Contractors and GHD.

Acciona was a lead contractor on the $370 million Mundaring water treatment plant, completed last year, and is part of a consortium developing a new light rail service in Sydney.

BAM has completed several major jetties for LNG and iron ore projects, through its joint venture with Perth-based Clough.

Ferrovial Agroman, which is best known for building tunnels and railways, teamed up with Acciona to win a Pacific Hwy upgrade project in NSW last year, marking its first major infrastructure contract in Australia.

Two other groups that lodged expressions of interest for the Airport rail link have been knocked out.

They were Connecting Forrestfield, comprising Lend Lease and Ghella, and a consortium comprising China Railway Construction Corporation with BGC and VDM.

The three short-listed consortia will now be invited to respond to a Request for Proposal for the project.

Mr Nalder said the five proposals that were submitted were from leading national and international contractors, but only a maximum of three respondents could progress to the next stage.

A contract will be awarded to the successful bidder in mid-2016 with detailed design to begin soon after and construction starting in late 2016.

The first train will operate along the line in 2020.