ThinkSmart announced today that Keith Jones will be appointed as chief executive officer, effective as of February 2014. 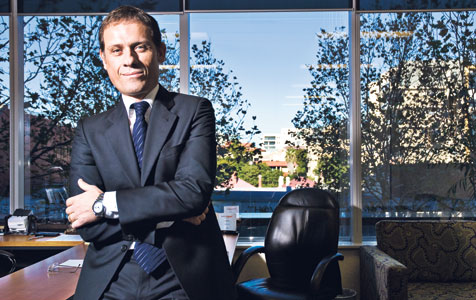 ThinkSmart CEO and founder Ned Montarello will hand over his role to Keith Jones and remain as executive chairman.

ThinkSmart announced today that Keith Jones will be appointed as chief executive officer, effective as of February 2014.

Mr Jones has been a director of ThinkSmart since May and is well known within the company.

ThinkSmart’s 2013 earnings are expected to be in line with its previous $2 million guidance.

Profit growth is expected to continue in each six-month period through 2014 with fully franked dividend payments to recommence.

"Profit growth has good momentum, we are on track to comfortably achieve our profit guidance for the 2013 year and the Australian business is now expected to report its first profit in a six-month reporting period for two years – and this is ahead of schedule. Cash balances are also building steadily and the group is well position for a strong 2014 year," Mr Montarello said.

ThinkSmart also announced that chief financial officer Alistair Stevens has resigned but will remain until the end of the year.