Think the unthinkable on gold price 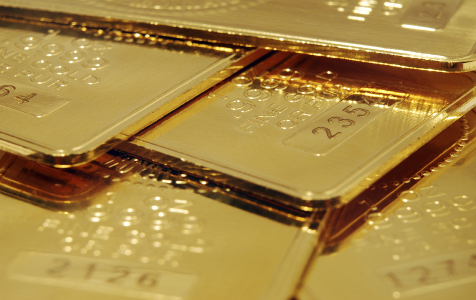 In the early days of map-making, cartographers filled uncharted waters with images of terrifying mythical beasts; highlighting the dangers of the unknown.

Most of the monsters that were feared to be lurking in the depths of extraordinary monetary policy have failed to emerge during five years of central bank balance sheet expansion, most notably inflation, financial sector collapse, currency wars and/or a flight from the dollar. Financial markets have decided that the remaining risks can be navigated in relative safety and so a growing number of investors think the opportunity cost of gold is too high a price to pay.

We turned outright bearish on gold at the start of February, but the subsequent sell-off has happened sooner and more rapidly than we expected.

Consequently, we think market participants should revisit their assumptions about future price direction.

When asked recently about gold, Warren Buffet said, “If it went to $800, I wouldn’t be a buyer.” We don’t think his assertion is likely to be tested, but wedo think the sell-off could have further to run. We do not believe commoditysupply cost curve arguments are useful in determining support levels in themedium term. Instead, to guide thinking we ask: if much (but not all) of the

macro-economic risk premium generated by the GFC is in the process of being unwound, is it not possible for gold to trade back to pre-crisis levels?

Gold in a long run and relative context – still expensive

Despite the ongoing correction in gold, the price of the metal remains a long way above historical means. In real terms (current dollars, adjusted for US CPI) the average price of gold over the very long run (150 years) is around $520/oz. Even bringing the period forward to 1971 onwards (since the end of Bretton Woods/fixed gold price) only lifts that average to $780/oz (real, current dollars).

Those who argue gold will prove its worth as a store of value over the very long term may well be proved correct, but it is also right to point out that other hard assets may offer better defence against moderate inflation over the short to medium term. It generally pays to buy low, sell high, and in that regard gold remains high when valued against hard assets, such as base metals and US real estate, as well as against other investment classes such as US equities.

Hedging against a future breakout in inflation was a key reason why many investors built core long positions in gold over the past five years. The fear was that the accumulation of reserves on central bank balance sheets would create a sizeable risk that the money created would, sooner or later, start circulating more rapidly, leading to a marked acceleration in inflation.

It has, however, become apparent that generating even the moderate (2.0-2.5 per cent pa) inflation that policymakers in the developed world are targeting is proving extremely difficult, and the prospects of a sharp move higher in prices remains remote.

One pre-requisite for inflation expectations to move sharply higher in the US is for investors to believe the Federal Reserve has fallen behind the curveand will not act soon enough to tighten policy. That is a subjective judgment, but the recent discussions about tapering quantitative easing (QE), or at the very least adjusting the monthly rate of purchases to suit market conditions, appears to have reassured investors.

Another pre-requisite for inflation expectations to move sharply higher is pressure on labor costs. Although the decline in the US unemployment rate from 10 per cent in late 2009 to 7.5 per cent presently has been encouraging, there remains substantial slack.

We reiterate that despite four iterations of QE and Fed holdings of Treasuries, agency debt and mortgage-backed securities expected to reach $3.5 trillion by year-end (five-year forward inflation expectations (as well as shorter-tenor measures) remain contained.

Our expectation in February has been realized: “As the global economy mends, we think there will be insufficient new money moving into gold to keep the USD price supported, both in absolute terms and relative to risk assets such as equities.”

The move upward in US real rates, coupled with global central bank policy that is forcing equity prices up to new highs, is proving to be a killer combination for gold. Although real interest rates in the US are still negative, they are considerably less so than a year ago.

We have said before that the direction of travel (and why) is as important as the level for gold when thinking about real rates. Real rates becoming less negative due to falling inflation is not bullish for the yellow metal. And given the strong upward trend in developed market equities, which after all offer some dividend yield as well, it is not surprising that the opportunity cost of holding gold has become too much to bear for many investors.

The structural issues within Europe still have a long way to go before resolution – recapitalisation of the banking sector is far from complete, recapitalisation of sovereignshas barely begun. Yet the systemic risks to the global financial system of a EU-basedbanking collapse have been greatly diminished, principally by the European Central Bank’s commitment “do whatever it takes to preserve the euro”.

That, coupled with the ongoing determination of other leading central banks to underwrite risk and the recapitalisation of financial institutions that has already occurred, has herded financial markets away from the acute phase of the global crisis. Reduced risk (or at least the perception of risk) means reduced demand for insurance in the form of gold.

For a thankfully brief period the mainstream media was carrying numerous stories about the potential outbreak of “currency wars” among the major industrialised economies – the idea that the world was entering a dangerous phase of nationalistic competitive currency devaluations akin to the 1930s. We think such comparisons are misleading and inaccurate, given the global environment of fiat money and mostly floating exchange rates. We continue to believe that while shifts in major FX crosses may result from experimental monetary policy, exchange rates are not directly a target of central bank intervention. It is worth repeating that if everyone eases together, it will in theory not impact cross rates.

It is notable that the very aggressive monetary policy stance adopted by the Bank of Japan has not elicited much discord from other G7 members. In contrast, the Japanese efforts to reflate have been widely supported as policymakers recognise that it is in the global economy’s interests for Japan to boost its attempt to reflate.

Clearly Japanese policy and a sharply weaker yen do have the potential to cause sizeable shifts in regional FX crosses and difficulties for other Asian exporters. It does not, however, represent the beginnings of some kind of global tit-for-tat round of devaluations. Over the past three years there has been copious commentary about the imminent end of the euro and the coming demise of the US dollar as the world’s reserve currency. In our view the former is possible but is certainly not imminent, the latter is about as likely as the Bundesbank exchanging its gold reserves for Chinese yuan.

Central banks on the sidelines

Other than gold-producing nations such as Russia and Kazakhstan, central banks appear to have largely stepped away from the gold market as the price has fallen (they may not be active sellers, but neither does it appear that they are they buying). According to IMF data, Mexico and the Philippines, for example, last bought in 1Q 2012 when the metal was trading about $300/oz above where it is today. The last major purchase recorded was by South Korea, which bought 20 tonnes in February this year. In fact, changes in central bank reserves have been very modest in the context of the wider gold market since 2Q 2010

Reserve managers tend to be conservative and so expecting central banks to step in and support a falling market is unrealistic, in our view, particularly when some are likely to have mark-to-market losses on recent trades. This period probably does not mark the end of the renaissance of central bank involvement in the gold market, but neither are central banks likely to be its saviour.

Two sides to the coin

We have held core bearish outlooks for gold and silver for a while following the completion of medium-term tops in early April, and have viewed the late April rebound as corrective. The recent weakness is thus seen as reinforcing this view, and we maintain our bearish stance.