The Black Swan State Theatre Company is leading a push for comprehensive diversity, and connecting with corporate partners through these closely aligned aims. 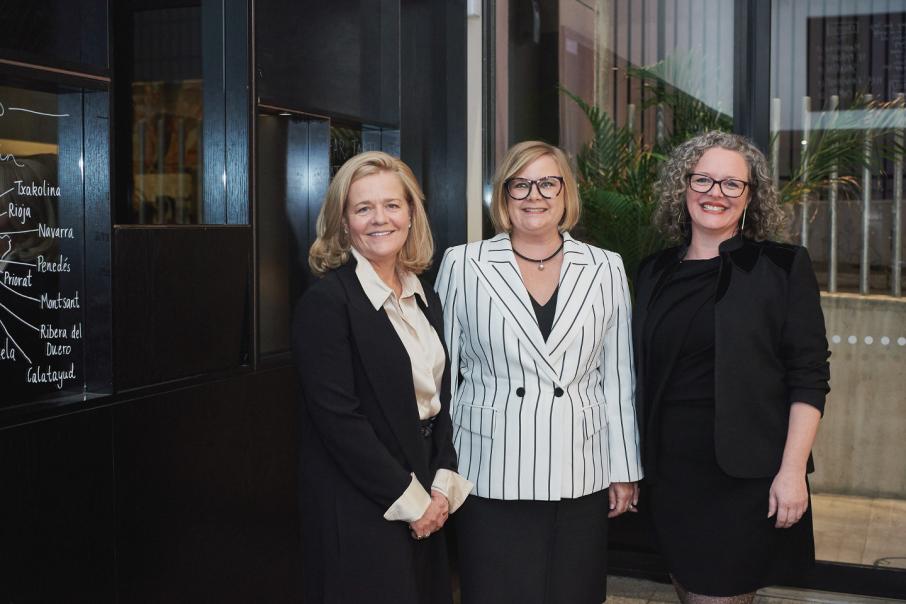 The organisation is leading a push for comprehensive diversity, and connecting with corporate partners through these closely aligned aims.

“You attract diversity and parity when you have that mindset in place, even if it’s not outwardly stated,” she said.

“But now it is outwardly stated for us, and we have KPIs around gender parity, inclusivity and diversity.

“There is definitely a spotlight on it in terms of business operation.

“There’s been a massive shift in the sector … hopefully in five or 10 years’ time we’re not even talking about this being a strategy anymore – it is just the way things are.

“But at the moment it’s a key strategy for us, it’s completely embedded across our strategic plan.”

The organisation recently received the Perdaman Workplace Diversity Excellence award at the Australian Institute of Management WA’s Pinnacle Awards, and actor Julia Hales, whose performance in You Know We Belong Together details her personal experience of living with Down Syndrome, won a Business News 40under40 award.

Black Swan has for some years measured the presence of women across the organisation, from backstage crew to creatives and leadership, but is now focusing on broadening this measurement beyond gender.

Increased diversity has had a wider impact, as the number of first-time audience members in 2018 grew by 18 per cent, particularly for the productions of Skylab, which featured an all-Aboriginal cast, and Summer of the Seventeenth Doll, featuring Aboriginal actor Kelton Pell in a traditionally Caucasian role.

Ms Jenkins said the diversity strategy was being directly reflected in interactions with corporate partners, many of which recognised close links to their own diversity goals.

“I don’t know any of our major partners that don’t talk about the fact that they see this alignment,” she said.

“So many conversations I’ve had over the last 12 months or so with our partners have been about them really understanding what we’re doing, really engaging, and seeing the link back into their businesses.

“It’s like we’re living and breathing the strategies that they’re also bringing into their workplaces.”

Principal partner Rio Tinto was an example, she said, which had an inclusivity strategy running across the company.

Ms Jenkins had communicated with various Rio Tinto executives, who had all deeply connected to the aims of Black Swan, she said.

The presence of three female leaders had been a key point of connection.

Black Swan was the only major performing arts company in Australia to have a full female leadership, Ms Jenkins said, including artistic director Claire Watson, board chair Nicola Forrest, and herself.

This influence had filtered down through the organisation from board level, she said.

“Our previous chair, Mark Barnaba, was absolutely supportive of gender equality, but also family stuff as well,” she said.

“All of us – executives and two artistic directors (past and present) – have come into the role with children, so there’s a lot to be said about what the company does practically to support that.

“It can be quite a detractor, particularly in these roles, which are big roles.”