The trouble with London property

If stock market and property prices are to be believed, the international financial world is back to where it was seven years ago, which either means good times have returned or we are exactly where we were just before the 2008 GFC. 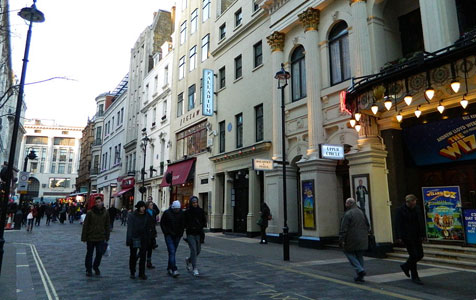 London's Oxford St in the city of Westminster

If stock market and property prices are to be believed, the international financial world is back to where it was seven years ago, which either means good times have returned or we are exactly where we were just before the 2008 GFC.

That’s a sobering thought, because on the one hand we ought to be celebrating the recovery while on the other there is an ominous feeling that the groundwork has been laid for a repeat of the GFC, with the only unknown being where it might start.

One of the possible ignition points, as it was when the US sub-prime mortgage sector collapsed, is the property market – but with a difference.

Next time, and hopefully that next time isn’t too soon, the trigger for a worldwide slump will be the London property market, where prices have been skyrocketing for the past 12 months as a remarkably free city acts as a magnet for rich European and Middle East investors seeking a safe haven for their capital.

Since this time last year, London property prices have risen by 17 per cent, including a 4.2 per cent increase in April alone, a dramatic upward move which helped lift the total British property market by 8 per cent during past 12 months.

If you’re a property owner in London, now really is a time to celebrate. However as I’ve seen over the past week in the city, there are several reasons to be concerned about what comes next.

One reason for worrying about London property doing to the world what US property did in 2007 is that banks, yet again, are falling over themselves to lend money to anyone who wants to buy property because it remains, in a banker’s eyes, a safe bet.

Another reason, and perhaps more serious than the first, is that interest rates are ridiculously low, as shown best in last week’s decision by the European Central Bank to shift its official rates into negative territory – with the bank charging its customers for the privilege of depositing their money.

The logic behind the ECB action is that it needs to continue with economic stimulus programs to avoid a damaging bout of deflation, and because commercial banks are still not lending money to businesses that need loans to expand and create much-needed jobs.

It sounds like a good idea, but is obviously not working in the way it should because the banks, as might be expected, are taking the easy option and lending for property deals because they believe that property is safe  (we’ve heard that one before).

In other words, just as a property bubble burst in the US in 2008 because of lax bank standards and excess lending to a single sector that looked safe at the time, so too are those conditions ripening today, albeit in another part of the world.

Interest rates set near zero are having a remarkable effect on investor behaviour, with cash pouring out of safe havens such as bank deposits, government bonds and gold in search of yield, a rush that’s showing signs of creating instability in the system.

London is, as it was in 2007, enjoying a party. It is a place where trophy homes can easily sell for more than $100 million; but it is not a place where the business mood is particularly buoyant.

Most businesses (other than those engaged in property speculation) are struggling to lift profits. Consumers are cautious with their spending and the jobs that are being created are not paying high wages.

Something must give, and that something is likely to be the property market at the first whiff of higher interest rates, a time when bank lending will suddenly be tightened (as it was in 2008) and the banks discover that they are over-exposed to property (as they did in 2008).

It is possible that the artificial world created by interest rates set near zero will help maintain a party mood for a bit longer, and that banks will broaden their lending habits to include other asset classes.

But right now it is hard to ignore the potential for London property to act as the trigger for the next financial crisis, which will quickly spread to Europe, where business and political conditions remain fragile.

Australia might not be growing as fast as Britain today, but at least it produces raw materials the world wants, and is not floating up on a cloud of super-cheap money that must eventually evaporate.