The rise of the 'redback' as a reserve currency

There has been a rapid response to the economic reform pathway decreed last year by China’s leaders. 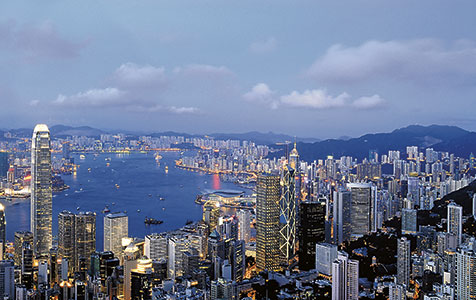 China’s leaders have gone beyond the expectations of many in their reform of the nation’s financial system by announcing capital market reforms, giving a greater role to the private sector, speeding up interest rate liberalisation, and opening the Shanghai Free Trade Zone (FTZ).

The blueprint for these and future changes was finalised in November in what was one of the boldest packages of policies seen in decades.

Concerns about the expansion of shadow banking, local government debt and possible defaults of trust products have made policymakers even more determined to speed up financial reforms, which they see as the only solution to these problems.

And Beijing is already walking the talk – freeing up interest rates for foreign currency deposits, easing restrictions on cross-border capital flows in the Shanghai FTZ, expanding programs that give foreign investors access to China’s markets, and increase the flexibility of the exchange rate.

China has an established three-pronged approach to internationalisation of its currency, the renminbi (RMB): expanding the currency’s role in cross-border trade settlement; developing offshore RMB centres; and encouraging a wider use of RMB in cross-border investment.

Huge strides have been made in all three areas. Expanding the RMB’s role in settling cross-border trade has happened much faster than anyone initially expected; in December 2013 the RMB overtook the EUR to become the second-most used currency in global trade finance after the $US. There are now four offshore centres – Hong Kong, Singapore, London and Taiwan – and more and more outward and inward capital inflows are denominated in RMB.

As a consequence, some foreign central banks are already starting to hold RMB in their reserves.

The question now is what needs to happen for the RMB to become a true reserve currency? History suggests that there are four key factors.

• The size of the home economy – China’s increasing share of world trade and GDP justifies greater use of its currency.

• Deep and open financial markets and the use of the currency in a large amount of cross-border transactions are also required. The opening up of China’s onshore capital market will be an important step in the RMB becoming a major investment currency.

• Supportive government policies and macroeconomic stability go hand in hand in increasing a currency’s appeal. The RMB scores well on both counts. Policymakers are allowing more flexibility in the exchange rate without hurting the currency’s longer-term stability.

• Having a dominant incumbent reserve currency like the $US does not guarantee permanency or exclusivity. As financial reform continues in China, we believe the RMB will play a much more prominent role on the world stage.

This is now official policy. Beijing has made it clear that the process of RMB convertibility will be speeded up in the coming years. The experiences of other countries show that the road to capital account liberalisation tends to be a bumpy one. Take Indonesia, for example, which aggressively liberalised the capital account first (and kept its exchange rate fixed). Heavy capital inflows and then subsequent outflows during the Asian Financial Crisis meant Indonesia was one of the worst affected economies.

Beijing’s policy makers seem aware of the lessons from some of the mistakes made in the past. They have deliberately opened the current account well before the capital account, and in a much more controlled manner. To mitigate the risks associated with opening the capital account, Beijing plans to test the reforms in the controlled environment of the Shanghai FTZ before rolling them out nationwide. The measures include everything from the deregulation of services sectors, simplifying customs clearance and interest rate liberalisation, to cross-border RMB trade settlement, two-way portfolio investment and allowing foreign companies to issue RMB bonds and have access to the domestic equity market.

The current environment – the RMB being closer to its equilibrium value, the trade surplus stabilising at around 2-3 per cent of GDP and low inflation – means there is a window of opportunity for China to liberalise its capital account. The opening up of the financial market in a controlled manner will also help facilitate domestic financial market reforms.

As a result, the RMB should be able to achieve full convertibility within the next two to three years. This will mean bigger quotas for foreign investors, freeing outward direct investment, easing rules on foreign ownership of banks, and lifting the ceiling on individual FX purchases.

This is not to say we should expect 100 per cent free and instantaneous movement of capital across borders. Rather, we think China’s capital account convertibility will follow the South Korean or Taiwanese model, where there are still regulations.

Yet, while some controls will likely remain, the full convertibility of the RMB will boost China’s financial integration into the global system.

While China’s domestic equity and bond markets are big and growing fast, they punch well below their weight given the size of the economy. Funding is not a problem – China is the world’s biggest saver – and the main obstacles to capital market development are a fragmented regulatory framework, insufficient information disclosure, accounting irregularities, interest rate controls and the absence of a large pool of institutional investors. The anticipated reforms would help remove these obstacles.

As both RMB internationalisation and financial reforms continue to accelerate, the expansion of the RMB’s role in global reserve management is also likely to be faster than many expect in the coming years. The currency will soon be ready to take its place at the top table, with full convertibility the benchmark.

That said, that doesn’t mean the ‘redback’ will replace the dollar as the dominant reserve currency. Instead it will help create a multiple reserve currency system in which the $US, the euro and the RMB all play their part.