The privileged may no longer be the few 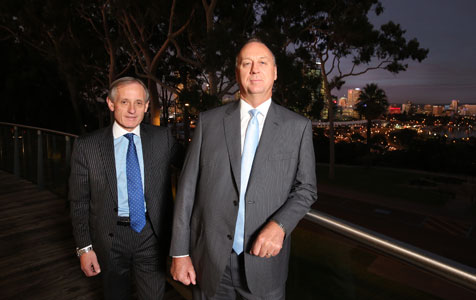 The appointment of Mineral Resources CEO Chris Ellison as the honorary consul for New Zealand piqued my interest in this unusual role – the official but unpaid representation of a nation.

Mr Ellison said his move was philanthropic and he hoped to improve trade between New Zealand and Western Australia (its 15th biggest trading partner) in a bid to create jobs in the country of his birth and stop the need for his former countrymen to travel abroad in search of opportunity as he did.

As one of WA’s most successful business leaders, Mr Ellison probably doesn’t need the status or business opportunities that might arise from such a role.

However, the fact that New Zealand has decided to have a representative here, and chosen such a well-placed individual, is yet more evidence of how the importance of the WA economy to the rest of the world has increased in the past decade.

As reported in Business News a couple of weeks ago, there are 46 honorary consuls in WA. Regrettably, I don’t know how many such roles existed here a decade ago or the stature of the representatives who were here.

Many of these honorary consuls are in business in WA, though few would be considered leaders. Generally they have a connection to the country they represent – some have emigrated here, others just do business with them.

As business leaders go, Mr Ellison would be among the consuls with the highest profile. Others I noted, because I had heard of them or dealt with them in the past, were Zernike Australia CEO Arnold Stroobach, representing the Netherlands, Nicheliving CEO Paul Bitdorf (Poland), Drake Resources CEO Jason Stirbinskis (Kazakhstan), and Muzz Buzz executive chairman Warren Reynolds (Belarus).

That is a fair range; from New Zealand, arguably the nation most like Australia, to Belarus, at the opposite end of the spectrum, a country that retains a Soviet-era approach to freedom and democracy.

I will leave it to the reader to consider the different challenges of representing some countries, and what drives a person to want to do that?

Typically our larger trading partners have more than an honorary representative here.

Japan, China, the US and India, for instance, are among the 10 countries which have more sophisticated consular services, with offices in Perth generally headed by consul-generals who are citizens of that country (Britain has a head of consular services). Such representation also extends to our key neighbours in the region such as Indonesia, Vietnam and Malaysia.

I was surprised to learn that South Korea doesn’t have a consulate here or even an honorary consul. It is both a major customer for WA-based companies and significant investor in the state, yet it is unrepresented here in an official capacity. Oddly, it has an honorary consul in Tasmania.

Some countries, though, don’t even have an embassy in Canberra. In the case of Belarus and Kazakhstan, it appears to me that the sole representative in Australia is their honorary consuls in Perth. Those countries’ nearest embassies are in Jakarta and Singapore respectively.

In those cases the honorary consul would appear to be elevated in importance from someone in WA just helping out the embassy in Canberra.

For good reason, the role of honorary consul is not just handed out lightly; it has to be officially recognised and approved by the Australian government.

The Department of Foreign Affairs and Trade says the role is not for political purposes or to honour an individual, but must be needed for legitimate consular functions such as handling low-level expatriate issues or enhancing trade relations.

The honorary consul should reside in the city where the consular jurisdiction is seated. Importantly, they “must be of sound character and should enjoy a good reputation in the local community”. So no criminal masterminds, illicit arms dealers or generally crooked types are welcome. Presumably our government looks into this before they approve an individual’s nomination.

Intriguingly, honorary consuls do have some privileges and immunities but they are limited compared with that afforded to foreign ambassadorial staff. The Department of Foreign Affairs and Trade’s Guidelines for Honorary Consuls in Australia – unamended on its website since March 2010 – makes it pretty clear that these roles don’t come with immunity to traffic offences, the ability to avoid arrest or that their home is somehow an inviolable jurisdiction.

Immunities relate only to respect of official acts and inviolability to premises kept separately for consular activity.

Privileges are limited to exemption from customs duty on articles imported for official use, such as coats of arms and flags. Alcohol and tobacco products can be imported duty-free for the occasion of national day celebrations hosted by the honorary consul. There is no GST refund.

I did like the fact that honorary consuls may fly the flag of the country they represent at their consular premises (and their residence if it is a single family dwelling), though pennants may not generally be used on their vehicles.

That these guidelines are in place suggests there are plenty of people who have sought to test these rules over the years.