The power of money

OPINION: The investment opportunities offered by new energy models could change the debate over climate policy. 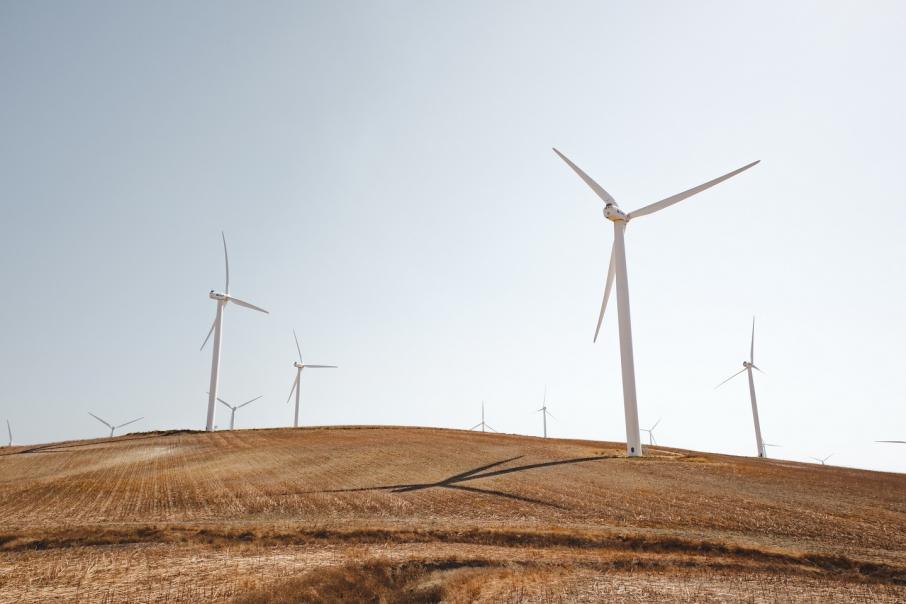 The cost of offshore wind power could be competitive with fossil energy within the next decade. Photo: Stockphoto

OPINION: The investment opportunities offered by new energy models could change the debate over climate policy.

The climate change debate is moving on from its emotional phase to a stage that should catch the attention of investors, because it’s no longer seen purely as a cost to business, but increasingly as a money making event.

The importance of what’s happening is that it doesn’t require acceptance of the more extreme claims made by environmentalists.

All that’s needed is recognition of the emerging trend, which is directing capital away from traditional energy sources such as coal, oil and gas towards a new generation of energy sources that have, until now, been on the financial fringe.

The first report came from the International Energy Agency, a high-powered think tank normally associated with the oil and gas industry, due to its roots in the oil crises of the 1970s and demands from Western governments to find reliable supplies of fossil fuels.

What the IEA said has the potential to shake the fossil fuels industry to its core, because the key finding of a study into wind power is that offshore turbines have the potential to become a $US1 trillion, profit-making business.

More importantly, IEA analysts have calculated that offshore wind power has the capacity, on its own, to meet all of the world’s electricity demand.

The critical issue in that bold statement about meeting all of the world’s electricity demand is not so much what it means but the credentials of the organisation that published it – an oil and gas lobby group.

One reason offshore wind power is considered a key to future electricity generation is the greater reliability of wind over bodies of water. Another reason is that, like the shale gas and solar PV revolutions, the cost of offshore wind power is falling rapidly and could be competitive with fossil energy within the next decade.

Over the next 20 years, the IEA estimates, offshore wind capacity might increase 15-fold and attract around $US1 trillion of cumulative investment.

“This is driven by falling costs, supportive government policies and some remarkable technological progress, such as larger turbines and floating foundations,” the IEA said, while also noting that some of the technology will be based on how offshore oil and gas production platforms currently work.

The second, and perhaps even more important report because of its pure financial base, came from investment bank Morgan Stanley Wealth Management.

As might be expected from an organisation totally focused on making money (or not losing it) for clients, Morgan Stanley’s research goes directly to the opportunities of climate change without delving too deeply into the science of its cause.

Once accepted, the bank singles out five money making technologies for investors, complete with 118 companies named as players in the business of climate change, with 40 said to be ‘buying’ opportunities.

Unfortunately for Australian investors, most of the stocks analysed are European, Chinese or North American. Australia has four in the 118 (New Energy Solar, Mineral Resources, Orocobre and Galaxy Resources) but MinRes’s lithium assets make it the only one considered a ‘buy’.

New Energy Solar, which has a portfolio of renewable energy assets, has a neutral ranking, as do Orocobre and Galaxy, which are lithium miners.

Apart from a long list of investment ideas that cover industries such as equipment makers (wind turbines and solar panels), electric vehicle and battery makers, hydrogen fuel developers and carbon capture and storage, there is an estimate of what’s likely to be invested in renewable technologies over the next few decades – $US50 trillion.

Put another way, to reach $US50 trillion between now and the year 2050 will require the investment of $US1.6 trillion a year for at least 20 years.

What makes the Morgan Stanley research particularly interesting is that the bank recognises that huge amount of money is an investment opportunity, not a cost.

• Renewable power, described as the cornerstone of decarbonisation. The rapid growth of renewables (solar, wind and hydro-electricity) can be measured by the increase of those technologies from 25 per cent of global power generation in the year 2000 to an estimated 37 per cent today.

“Over the next decade we expect strong growth in renewables, driven by improving economics,” Morgan Stanley said.

The forecast level of investment in renewable energy by 2050 is put at $US14 trillion.

• Electric vehicles have started slowly but are starting to accelerate, with the 5 million EVs on the world’s roads today tipped to reach 113 million by 2030 and 924 million by 2050. Total forecast investment in EVs is put at $US11 trillion.

• Carbon capture and storage, which is the technology to remove carbon from coal and gas-fired power stations is expected to receive $US2.5 trillion in investment by 2050.

• Hydrogen, which is expected to become a key power source for industry as well as for transport, is forecast to received $US5.4 trillion in investment by 2050.

• Biofuels, which are expected to be an effective transition fuel for light road vehicles over the coming decades to reduce carbon intensity of the remaining fleet of vehicles with combustion engines. An estimated $US2.7 trillion is expected to be invested in biofuels, mainly from non-food sources such as waste, wood, animal fats and grasses.

Those five technologies alone are expected to receive $US35.6 trillion in fresh investment, with a further $US14.4 trillion going into other forms of investment related to climate change.

In its report, Morgan Stanley said it considered the level of investment required to be on track for sufficient adoption (of new technologies), whether government policy was supportive, and the identity of stocks that play into this theme.

“Our analysts have identified 118 companies that have exposure to our five technologies,” the bank said.

“Some of these companies are already generating attractive returns and cash flow from decarbonisation technologies, while others are at the early stage of development but could benefit from future adoption.”

What the IEA and Morgan Stanley have done is turn the climate change debate from a blame game into a business and investment opportunity – and that’s a significant policy change from two business-focused organisations.