The past has a role in our future

Before we race helter skelter into the future we should ask ourselves whether we want to leave everything behind. 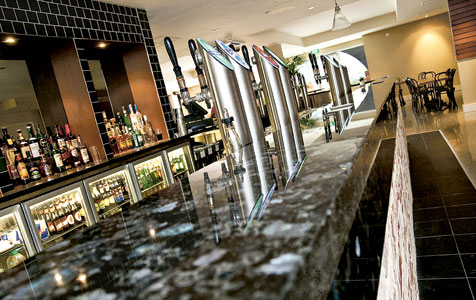 Do we really need to change alcohol restrictions on Christmas Day and Good Friday.

Before we race helter skelter into the future we should ask ourselves whether we want to leave everything behind.

Tradition can be good and bad.

I laughed when I read about Montreal’s ‘moving day’ – the mayhem caused by a French colonial decree that landlords could not evict their tenant farmers before the winter snows had melted.

Although not a law, 200 years later the Quebec government amended the tradition to the summer, so students would not have to shift premises during term.

So now, most urban leases are a year long, starting and finishing on Canada Day, July 1.

While that might have made sense several centuries ago in the face of severe winters and the threat that imposed on evicted renters, in the modern era it results in a windfall for moving companies, traffic jams in otherwise quiet suburban streets, and logistics nightmares few of us could imagine.

Thankfully all the swearing that day is done in French.

Some traditions, I reckon, ought to be quietly allowed to fade away.

It makes sense to retain others, or at least adapt them to modern circumstance.

Take for instance the sudden push to remove trading restrictions for many liquor businesses applied on special holidays such as Christmas, Good Friday and Anzac Day.

I am not of the view that such traditions are so sacred that they are untouchable, even though many in the community would consider them so. We have already made these days far less restrictive than they were.

I am also wary of imposing my values on others.

However, after a living through a booming economy and governments adopting so-called reforms as often as most people change their underwear, I do wonder if we might not just stop for a minute and ask ourselves if we really need to throw out this small tradition, just yet? Maybe it is fatigue but I am also concerned that, with too much change, we might go too far too fast.

Western Australia has caught up with the rest of the world in many respects. We have much more liberal retail trading hours and more relaxed liquor laws. Rightly or wrongly, many other former social taboos have been consigned to history’s dustbin.

Perhaps one day the downtrodden masses will demand a drink at the pub on Christmas morning, but I suspect it is a long way off.

In this case, I have a lot of sympathy for employees who may be required to work on these special days if the rules changed. I am sure for some it is just a sleep-in or a day off, and for a small number it is truly a lost opportunity to earn income; but for the vast majority such days remain a rare chance to be with family or close friends, especially as weekends have become more and more trading-oriented as reform and deregulation have eroded the times that were ring-fenced from general business.

I can speak with some experience. Daily newspapers are one business that carries on during these special days. As a young journalist I have worked Christmas, Good Friday and Anzac Day. Even these days we work many public holidays just to get Business News to the presses on time.

Personally, I think that the public can live with without going to a pub or liquor store for a few special hours a year.