Although the pandemic has emphasised business can be done from anywhere, commercial property players are banking on the value of four walls. 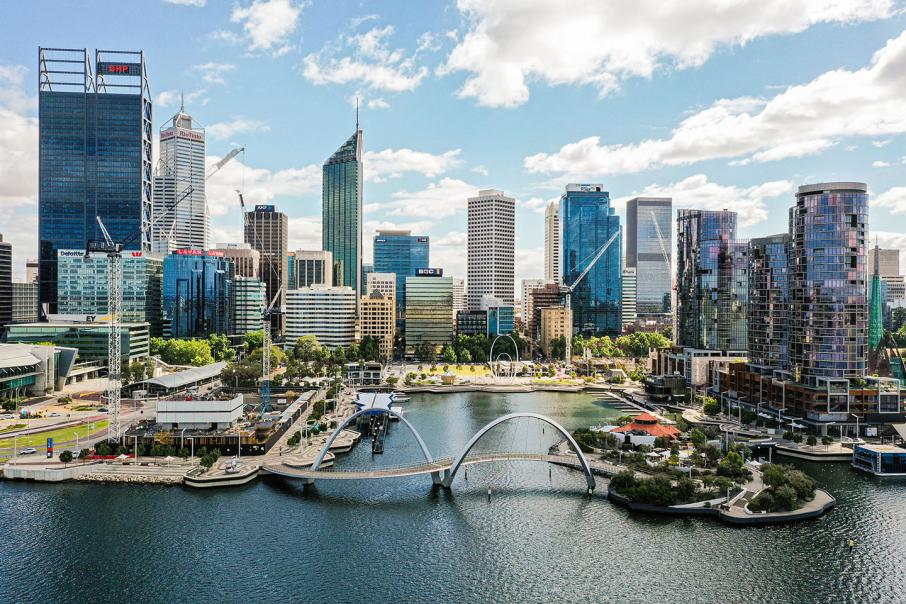 Among the many lessons learned during this period of worldwide upheaval, one of the clearest in the Western Australian context is that business knows no boundaries.

Whether people are working from a multi-storey office complex or remotely, events of 2020 have demonstrated that ‘business as usual’ does not necessarily depend on the physical environment, at least in the short term.

Amid enforced crash courses in remote working and virtual meetings, offices across major cities have sat empty, the staple hustle and bustle of workplace lobbies silenced by the threat of a highly contagious virus.

While Perth’s flattening of the COVID curve has put it in good stead, cities such as Melbourne haven’t been as lucky, with some white-collar professionals working almost entirely from home since the start of this year.

The pandemic has brought the function of a traditional office into question, sparking many debates and hypotheses about the future requirements of working environments.

But has COVID-19 truly undermined the value of the office and put its role in jeopardy?

His confidence is backed by GDI’s intentions to build two new offices in Perth’s CBD.

The Sydney-based ASX-listed group has had Perth top of mind in recent years, actively building its portfolio of offices, which comprises Westralia Square and three additional properties that form the Mill Green Complex on St Georges Terrace.

It added another asset to its collection last year, paying $12 million for 180 Hay Street in East Perth, the former headquarters of Chamber and Commerce and Industry of WA.

And Mr Gillard is planning to keep Perth firmly in his sights.

“It’s a counter cyclical market to the east coast; we can see there’s a significant amount of infrastructure spend and [resources] projects coming up.

“Once the borders are lifted, you’ll have huge population growth from those projects.

“And there’s potential for some of the Hong Kong companies to reside in Perth, from the point of view of time zone.”

The group has lodged a development application for a 9,500 square metre timber-steel hybrid office adjacent to its Westralia Square building, with the company also progressing plans to demolish and build a new office within the Mill Green Complex.

Once complete, those developments could lift GDI up the ranks of Perth’s top 10 commercial property owners, determined by net lettable area, to become one of the state’s largest office owners.

Mr Gillard said the group was unlikely to proceed with its second development without tenant pre-commitment, but overall was not perturbed by the Perth CBD office vacancy rate of just over 20 per cent (the highest in the country).

“While the vacancy is high, the vacancy in premium stock in Perth is only about 6.8 per cent … and there’s limited continuous floors in great locations,” he said.

“We found that in the last cycle, a lot of tenants went into space they didn’t want to because it got down to close to zero vacancy … but people want a St Georges Terrace address with views of the Swan River.

“A lot of it [vacancy] is older buildings, which will be refurbished or knocked down.

“And the beautiful thing is, there are not many development sites around.”

More than 324,000sqm worth of new office stock is either proposed or under construction in the CBD, with Elizabeth Quay earmarked for most of that space.

Last week, the state government approved Brookfield Properties’ two-tower project on Lots 5 and 6 of the waterfront site, which is expected to deliver more than 52,000sqm of office space.

Proposed new office projects were likely to require significant pre-commitment to proceed, the report noted, outlining a further eight office developments planned for the CBD, totalling 184,000sqm, however construction start times are yet to be finalised for most projects.

This includes Dexus Wholesale Property Funds’ Carillon redevelopment between the Hay and Murray street malls, which, in addition to retail and entertainment tenancies, features a 22,000sqm, 21-storey office tower.

“New developments happen because tenants want a new product that’s not available in the marketplace; they want the best.

“What needs to be highlighted is we’ve got very big differentials between stock.

“It’s that flight to quality that will continue.”

Mr Postma said COVID-19 had prompted some businesses to reduce their office footprint and encourage staff to work from home, but increasing space ratio requirements in light of social distancing could potentially offset any reduction in head count.

“Many groups, particularly in the IT sector, have tried the working-from-home model for a large percentage of their staff in the past, with most if not all reverting to the traditional model to encourage collaboration, innovation, and corporate culture,” he said.

“While vacancy will likely increase in the official vacancy figures in January, our strong resources sector, and growing education sector in the CBD, will have positive outcomes in demand terms in the medium to long term.

“One thing history has taught us in WA is our markets can swing very quickly and absorb space in short periods of time.”

JLL WA managing director John Williams said while Perth recorded three months of little to no activity during the peak of lockdown, tenant enquiry levels had bounced back.

At the same time there had been an increase in availability of sub-lease opportunities, with JLL recording a negative net absorption of space for the third quarter of 2020, largely driven by Worley Parsons offering two floors for sub-lease at 240 St Georges Terrace.

“None of this has played out long enough for anyone to actually have a clear sense as to how it’s impacted the market,” Mr Williams told Business News.

“But what I can say is tenants are out there looking around for space in the same numbers at least what they were this time last year.

“So the next three to six months will be interesting to see whether that activity translates into deals.”

The market remained favourable for tenants, he said, with many businesses facing upcoming lease expiry.

Beyond space requirements, Mr Williams said COVID-19 had prompted a rethink of the office itself, with his colleagues nationally and globally increasingly referring to ‘hub and spoke’ models.

Under this model, businesses have a central ‘hub’, as well as satellite offices that provide an alternative for staff to work remotely, or close to home.

“I think that’s really more appropriate for London or New York, those bigger global cities, where you’ve got one- to two-hour commutes,” he said.

“And the net effective rents for tenants [in the CBD] are unbelievably attractive … so I just don’t see enough scale to impact the market.”

Working from the ’burbs

The appeal to work from home – or at least, closer to home – varies depending on whom you ask.

But the flurry of new commercial office stock taking shape across Perth’s suburban areas over the past 18 months could potentially influence future tenant preferences (see graph).

More than 50,000sqm of office stock has recently been delivered across Perth’s inner and outer suburbs.

The largest of these, Sirona Capital’s King Square Fremantle, created 20,563sqm of new office space (leased to the Department of Communities) with the redevelopment of the former Myer building.

Nearby, Yolk Property Group’s six-storey mass-timber framed office is under construction, and will add a further 2,000sqm of office space to the Fremantle market.

Also in Fremantle, Silverleaf’s restoration of the heritage-listed Manning Buildings is proving popular.

Norfolk Commercial managing director Sonia Fairhead said the team had leased most of the 3,000sqm office building in recent months (just one 133sqm tenancy remaining) with most tenants coming from outside of the Fremantle area.

“The city [Perth] is still going to be the primary option,” Mr Stone said.

“If businesses come out to the suburbs, it’s going to be this flight to affordability.

“It comes down to what tenants want from a building or a location.

“And until we know how long we’re going to live with the virus, it’s really all up in the air still.”

Urbis director of investment management Tony Mount is more certain of the virus’s impact, even once a vaccine is found.

“There’s no doubt people are still seeing the value in their office space and accommodation,” Mr Mount said.

“And for reasons outside of the office sector, there’s continued strong demand for office property investment as an asset class.

“Although there is some supply coming, I think you’ll start to see increasingly more people focus their attention on the Perth office market than what we’ve seen in the past few years.

“Out of all of this, I think there will be a level of innovation and change that we haven’t seen in the use of office space.”

CONVENiO, an Airbnb-like platform for the office market, is one emerging innovation.

Co-founder Peter Stansfield said he’d been in discussion with some Perth office owners since launching in September.

Perhaps one signal of future preferences, flexible workspace providers Liberty and Spacecubed have both expanded their offerings during COVID-19, adding more CBD space to their portfolios.

Beyond a place to work, Dexus executive general manager Kevin George said the reactivation of the CBD’s office buildings would play an important role in Perth’s overall economic recovery in the coming months.

Some workforces were yet to fully return to the office, with occupancy levels across Dexus’s Perth buildings, which includes 240 St Georges Terrace, now at 77 per cent of pre-COVID levels.

“It’s important for organisations to encourage their workers back to the office, both to drive economic activity in our CBDs and their own business productivity,” Mr George said.

“The value of the CBD and building amenity to support networking, and a place to socialise after work, cannot be underestimated.

“Offices have a core role to play in developing culture and fostering collaboration and innovation, and businesses will need to understand the organisational cost and compromises of a dispersed workforce versus the opportunities before settling on a new normal.”