After a big fortnight in politics, it’s instructive for the Western Australian business community to take stock and ask how much has really changed. 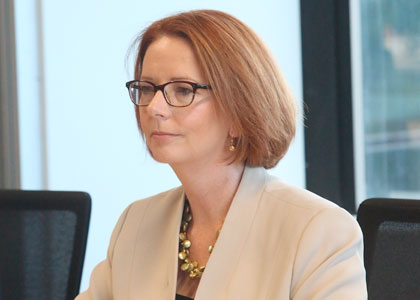 After a big fortnight in politics, it’s instructive for the Western Australian business community to take stock and ask how much has really changed.

The past few weeks have been a fun time for politics junkies but a frustrating period for people trying to run a business.

First, there was the state election, which was always likely to result in Colin Barnett returning as premier but nothing was guaranteed.

That was followed by a cabinet reshuffle, to replace retiring ministers, including highly regarded mines and petroleum minister Norman Moore.

On the very day the new Barnett ministry was sworn in, it was Canberra’s turn to take over the headlines.

There was the farcical leadership challenge that wasn’t, after which four ministers were either sacked or resigned, including (get ready for déjà vu) highly regarded resources minister Martin Ferguson.

That means Western Australia’s most important industry has new ministers at state and federal levels.

WA’s new Mines Minister, Bill Marmion, is not the flashiest performer but he does have business experience and is level-headed.

He will keep the proverbial steady hand on the tiller and is unlikely to pursue dramatic change.

It’s a similar story in Canberra, where Gary Gray has been promoted to cabinet with the resources portfolio.

In judging his prospects, it’s instructive to look at his two jobs before entering parliament; he held an executive role with Woodside, and clearly understands business. Before that he was national secretary of the Labor Party, so he is also a very political animal.

He would not have survived the rough and tumble of Canberra politics if he were not a savvy political operator.

Prime Minister Julia Gillard joined Mr Gray this week for a meeting in Perth with the Chamber of Minerals & Energy.

Ms Gillard evidently wants to hold out an olive branch to the resources sector but small gestures of that kind will count for little when stacked up against Labor’s track record over the past few years.

The appointment of new ministers is important, and that is why this week’s edition of WA Business News profiles Mr Gray, along with WA’s new Energy Minister Mike Nahan, and others.

But the power of individual ministers is limited, especially when they serve under strong-willed leaders.

At a state level, Mr Barnett will continue to run the show. If anything, he will have even more power in his second term, since he is no longer reliant on support from the Liberals’ alliance partner, the Nationals, to govern.

Mr Barnett has made it clear he intends to range widely, getting involved more broadly across several portfolios.

He said last week he wanted to share the benefits of his experience, which is likely to be a good thing, so long as he does not dominate his ministers and stifle their contributions.

Ms Gillard faces a very different situation in Canberra, yet she will also seek to reign over her ministers.

Of the many differences, perhaps the most significant is that Mr Barnett has just been re-elected with a strong mandate for another four-year term.

The prime minister, by contrast, faces almost certain electoral annihilation when the federal poll rolls around in September.

Labor’s bleak prospects were highlighted by this week’s Newspoll, which found the party’s primary vote had slumped to 30 per cent while its two-party vote was just 42 per cent.

Ms Gillard has also seen her rating as preferred prime minister slump to 35 per cent while Liberal leader Tony Abbott, who is focused on projecting a more positive, constructive image, jumped to 43 per cent.

Amid all of the political noise, the state of the world has not changed.

The boom in resources sector construction projects, which has been the main driver of growth in WA, is set to peak in the next one to two years but won’t disappear in a puff of smoke.

The housing sector is recovering, as interest rates remain low, and the global economy is continuing to show signs of modest recovery.

That is the big picture that business people need to focus on.