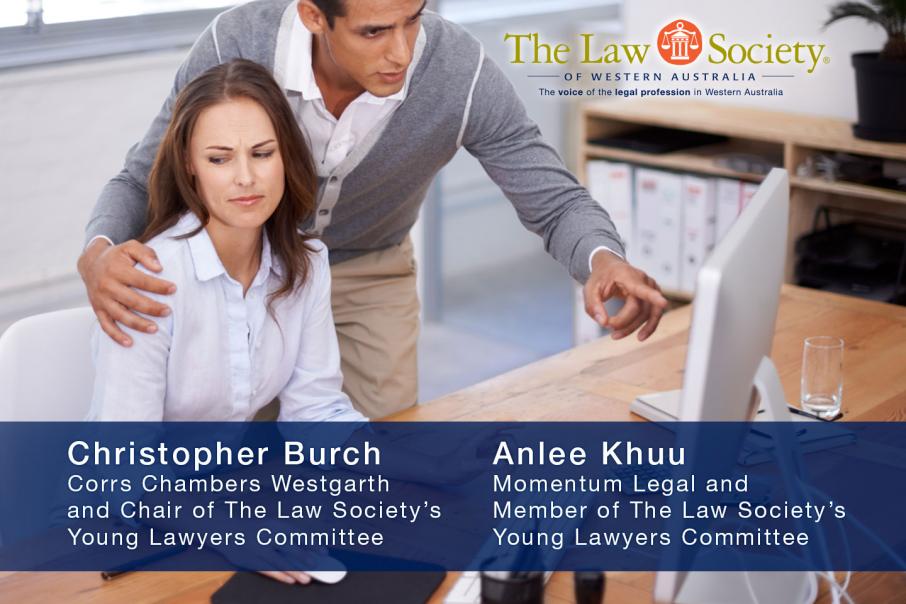 The legal profession has a sexual harassment problem which has been well documented.

In April this year, the South Australian Equal Opportunity Commission released its review of harassment in its State’s legal profession. It found that more than four in ten of those surveyed had experienced sexual or discriminatory harassment.

That followed the Review of Sexual Harassment in Victorian Courts, with 28 people interviewed having experienced sexual harassment in the justice system, including by judicial officers.

There’s no reason to think Western Australia is any different — in its 2019 survey, Women Lawyers of Western Australia found almost three-quarters of respondents (about 85% of whom were women) had experienced sexual harassment in the workplace.

The level of harassment in the profession has obvious consequences, driving lawyers to leave practice and creating a key barrier to re-engagement.

Those consequences extend beyond the legal profession. People depend on lawyers to access justice. For many, perhaps most, the only lawyer they can afford is one who acts pro bono. When so many lawyers — particularly young lawyers keen on defending rights — are driven from the profession, access to justice must suffer.

And when there are indicators that over half of female barristers have experienced harassment, young lawyers’ aspirations to provide pro bono services from the bar must also be affected.

There have been some recent changes in the Western Australian profession. The Legal Practice Board now has a way to confidentially report sexual harassment, and has reinforced that sexual harassment is prohibited by lawyers’ conduct rules. But it is apparent that reporting sexual harassment to the regulator is not enough.

The South Australian review found that almost 70% of those who had experienced sexual harassment did not report it. Of those who did, fewer than one in five secured a positive outcome. Almost the same number left their workplace, and more than one in ten suffered adverse treatment.

Even if every incident were reported — and we know they are not, as lawyers fear the consequences for their careers of speaking up in a highly hierarchical profession — reporting comes too late. Something is needed to eradicate sexual harassment before it occurs.

One recommendation in the South Australian report is the introduction of a positive duty on employers to eliminate discrimination, sexual harassment and victimisation in the workplace, removing the onus on victims to initiate complaints. Another from the Victorian Report is adopting victim/survivor-centred responses to gender-related misconduct that prioritises the safety and wellbeing of the victim.

We know what the problem is and we have recommendations for how it should be fixed. As the South Australian report makes clear, legal practices are the “very workplaces that can — and should — lead change”.

The Law Society of Western Australia opposes all forms of harassment, and supports survivors of sexual harassment and assault, including in speaking out.

We must support, understand, respect and listen to survivors. It remains clear far more needs to be done to eliminate harassment from our profession and our society.

Remember, membership of the Law Society provides complimentary access to LawCare WA to help you manage your career, life, health and wellbeing.