The inevitable can’t be delayed

The boom-and-bust cycle can’t be managed, but at least we can acknowledge it exists. 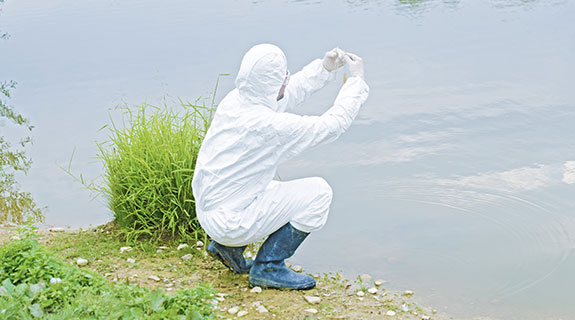 TESTING THE WATERS: The mining slowdown has affected employment in environmental services, among many other sectors. Photo: iStockphoto/Gregor Bister

The boom-and-bust cycle can’t be managed, but at least we can acknowledge it exists.

Last week, I rang a friend working in environmental services to make some general inquiries about various cutbacks and mergers in the sector, only to find I’d contacted them on the day they received their redundancy notice.

It was one of those moments that, however awkward, highlighted the big drop in numbers of consultants in the sector that our BNiQ data has revealed this year (around 25 per cent and climbing).

One comment during our conversation, in particular, was very telling.

“Everyone could see this was coming, there was just so much work,” my friend said of the recent boom.

“Why couldn’t they string out these projects out over time and it would be so much easier to manage?”

It was a rhetorical question, but symbolic of the forlorn feeling that anything is better than losing a job at a time when there are not a lot of options. This person was one of thousands in Perth who had spent the past decade working long hours, often up north, probably with a pay packet that reflected the demand.

They were good times, however frenetic, and, when the long hours and extra taxes are taken account of, they would probably have preferred to have engaged in the same work over a longer period at a lower salary. In truth, only the entrepreneurial and those most comfortable with risk fully enjoyed the past decade. They have taken advantage of the opportunities to earn beyond expectations by job hopping and making astute investments.

But most of our community is not made for that, or the timing has not suited their careers. Many would prefer the security of steady work over the buzz and stress that comes with the pace of a boom and bust we have just witnessed.

Stringing out the development of projects is not a new idea. Unions and the Greens had advocated this for years, for different reasons.

Both understand economics better than they let on; they just have different agendas that they prefer to obscure in language that sounds sensible to others who don’t understand what is taking place.

It’s worth discussing this idea and banging it on the head once and for all.

Part of that is the idea that the booming pace of resources development has put the market in oversupply, which is now coming back to haunt us.

The catalyst for huge development was China-led price growth that rose to three or four times the long-term trend levels. That was driven by China’s desire to rapidly modernise – a political imperative that was equally as unstoppable as our boom, despite it being a one-party state.

China would have found the resources from elsewhere, even if it meant paying even more for them. There was no stringing out demand from peasants wanting to have an urban lifestyle – not without severe repression.

If we had not built those mines and LNG plants over the past decade, we certainly would not be building them now. That means the work in the boom, at least a big part of it, would never have happened – so those who seized the opportunity would not have had that chance, and the operations now employing so many more people and paying so much more tax than in 2004 would be far more limited in scale.

Booms happen and we ought to be better at preparing for them, rather than wishing we can try to slow them down.