The future, coming to a mall near you

Perth’s big retail centres are evolving to become much more than just a collection of shops. 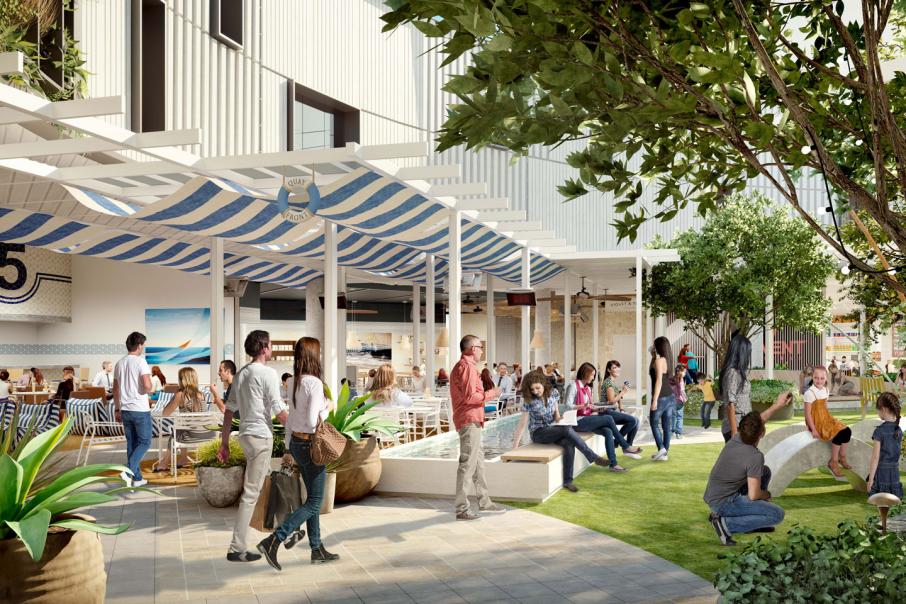 BIG CHANGE: A community feel is a big part of a major expansion planned for Westfield Whitford City.

Perth’s big retail centres are evolving to become much more than just a collection of shops.

While most sectors of the Western Australian economy are holding station and shoring up their positions, retail developers are embarking on a once-in-a-lifetime spend.

All of Perth’s major shopping centres are in line for massive expansions, with the redevelopment jobs collectively worth more than $3.8 billion.

And they’re all aiming to provide something that hasn’t been seen before in the WA market, according to Assembly + Co founder Kristi Dempster. GOOD TIMING: Kristi Dempster has capitalised on a strategy shift by developers in the retail space. Photo: Attila Csaszar.

Assembly + Co has rapidly built an impressive list of major clients looking to replicate the success at 140, which went from an uninviting retail precinct to become a popular CBD dining destination. 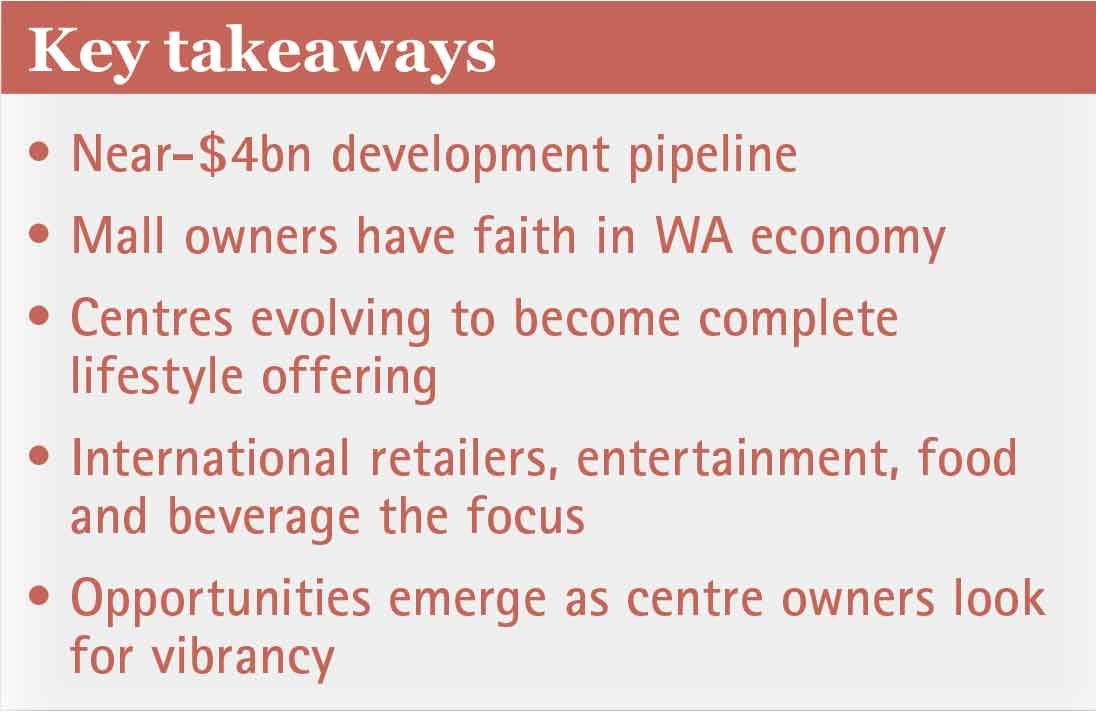 Ms Dempster told Business News a seismic shift was occurring in the way commercial property owners presented their retail assets, with that shift providing her the opportunity to set up her own firm.

“140 really changed the approach for a lot of developers,” Ms Dempster said.

“A lot of the shopping centre groups, as well as architects and designers, are starting to understand the importance of the brand and the product piece, and how that should inform design outcomes for a project.

“Historically, owners, designers and architects would build the product and then bring brand and marketing in at the end.

“This is much more about integration throughout the process to ensure you have the place piece and the products right.

“With 140, the brand heavily drove not just the design outcomes but it also informed the tenancy mix and the leasing strategy.

“That sort of marketing piece helped significantly in selling the building to tenants and getting deals done.”

Ms Dempster said centre development in the past two decades had become quite formulaic, resulting in some of the bigger malls losing market share.

“The challenge is how to reinvent the retail space and the built form,” she said.

“It’s becoming more of a lifestyle centre and a lifestyle piece – the formula has changed.”

That changing formula is no more evident than at the city’s biggest shopping centres, where food and beverage and entertainment options are anchoring the redevelopment plans.

Each of the new-look centres will feature a main street-style dining and leisure precinct, as developers seek to recapture dollars that were previously being spent on fashion and goods other than food.

AMP Capital Shopping Centres has committed to a $1.4 billion investment program in WA, with big plans in train for its Garden City Booragoon and Karrinyup Shopping Centre assets.

Managing director Bryan Hynes said the development of a range of food and beverage options – from basic food court style food all the way through to Michelin-hatted restaurants – was a global retail phenomenon.

“Food is an area that we see in the next 10 years will grow, and all you have to do is look at the food offers around the world; we are just playing catch-up now,” Mr Hynes told Business News.

“We’re actually looking at different layers of food; we see that as a huge part of a growing experience that you can’t buy online.”

Mr Hynes said the other motivating factor behind the redevelopments was to limit the amount of leakage out of the Perth market into other countries, primarily through online shopping.

“We don’t have the quality of retail that a lot of consumers are looking for, which goes across all categories, including food,” he said.

To remedy that, Mr Hynes said AMP Capital had engaged with the world’s leading retailers to fill space in the redeveloped malls, which were currently fully leased.

“We introduced Apple to Garden City, which is the largest Apple store in the Southern Hemisphere, and we also brought Zara into the Perth market, so we’ve got the heritage of bringing in those international brands,” he said.

“With Garden City and Karrinyup, once they are complete, WA will actually leapfrog the east for quality.

“The reason I say that is our aspiration for each development is to keep stretching and catering for the market with a very unique product.” 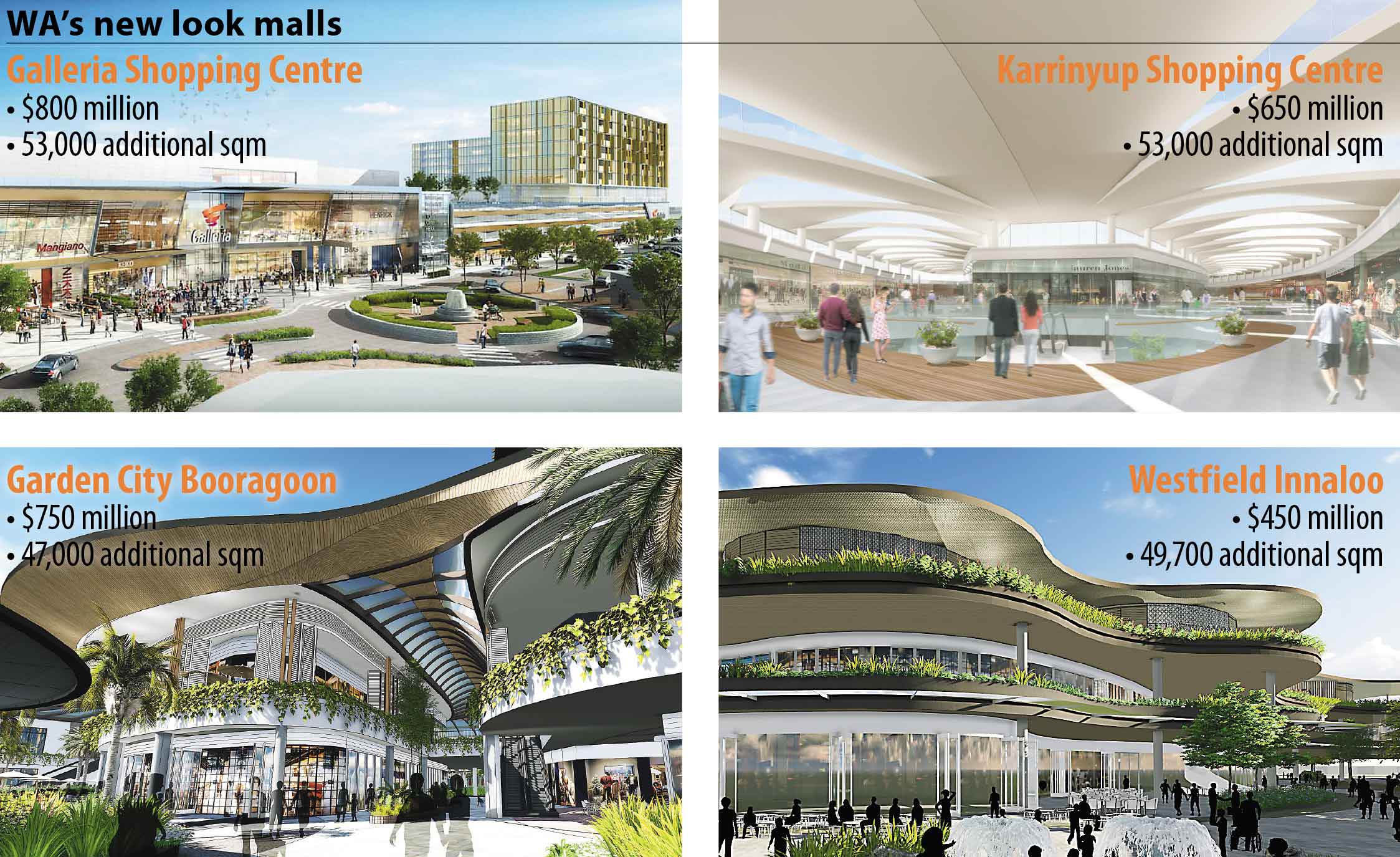 Scentre Group chief operating officer Greg Miles said the vertically integrated property group had always been confident in the WA economy, with planning rules having held back its expansion plans.

Until 2011, Perth metropolitan area malls had been subject to a cap on the size to which they could expand. This ultimately halted any large-scale development and has resulted in the largest shopping centre in WA, Lendlease’s Lakeside Joondalup Shopping City, being just the 24th biggest in Australia. 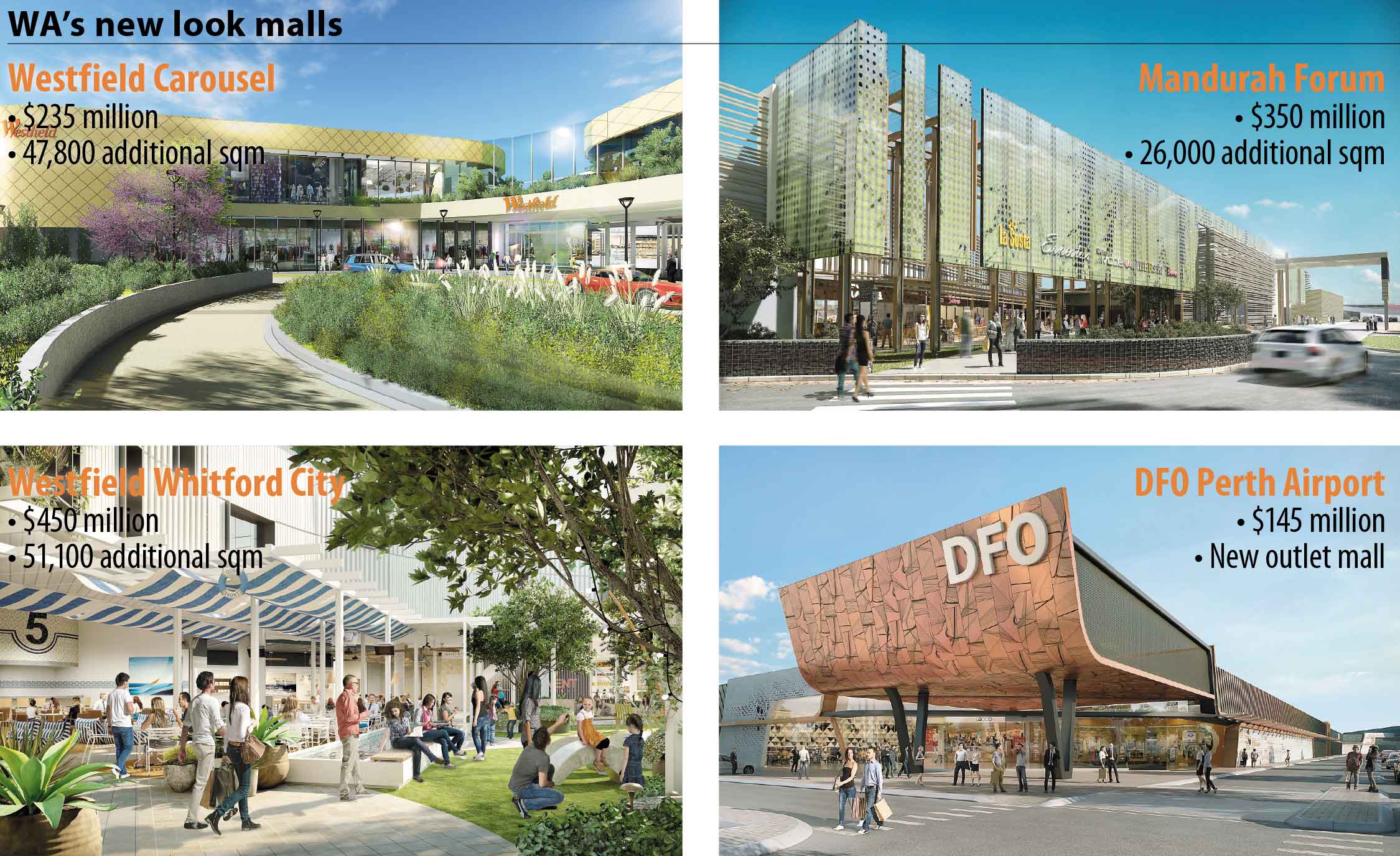 “There is no clear answer, but at that time, historically, the planning was framed around heavy regulation of shopping centre development,” Mr Iacomella said.

“There was also a mix of wanting to look after the little guys and providing some cover for neighbourhood centres as well.

“But that was before the current thinking around more modern planning, which is to allow the market to dictate where development is going to happen, and that includes where consumers want to shop and where people want to go and live.”

The scrapping of the caps, Mr Miles said, gave developers such as Scentre Group the opportunity to deliver on their goal of an improved retail offering.

However, he said the redevelopments had to be well thought out, rather than simply adding the maximum amount of space allowed under planning rules.

“For us, it’s really about market demand and what is the right product to incorporate into the centre,” Mr Miles said.

“If it’s going to be the biggest centre, that’s great, but in a year or two people might overtake us.

“For us, it’s about having a successful centre – bigger isn’t always best.

“We like to just go by what’s right and relevant for the market we’re in, and what’s going to be successful for our shareholders.”

That strategy had also resulted in a significant food and beverage focus for Scentre Group. But it also brought the strategic challenge of developing a marketing pitch that would resonate with the public, and attract punters away from Perth’s burgeoning small bar and restaurant scene, Mr Miles said.

“Certainly people may not actually see the whole centre as hip and groovy, but certainly we want our food and beverage and lifestyle precincts to be cool places to hang out,” he said.

“That’s our challenge, we’ve done it successfully in a number of locations more recently where people are very happy to hang out, to the extent that the centre is considered to be hip and cool again, or hip and cool with a new crowd.”

The other big change in centre development, Mr Miles said, was the state government-mandated requirement to add residential and non-retail commercial uses into any plans.

“It adds a complication but clearly we like the idea that people live, work, play and shop in the one location, and that really enforces the town centre concept that we want to evolve to,” he said.

“The broad introduction of residential in and around these centres does add some complexity, and we are mindful that the residential component doesn’t inhibit our ability to grow the centre, to respond to market demand and for us to provide a great environment for people to live in.”

Mr Hynes said the addition of residential to retail precincts was another Australia-wide phenomenon.

“From a shopping centre owner’s point of view, to have actual customers right on your doorstep 24 hours a day, seven days a week, it does create a true town centre through a live, work, play environment,” he said.

At Garden City, AMP Capital has partnered with TRG Properties to provide up to 150 apartments, while it is still evaluating its options for Karrinyup.

Vicinity recently commenced construction on a $350 million expansion at Mandurah Forum, while it is also advancing an $800 million redevelopment at Galleria Shopping Centre, which it co-owns with the largest WA-based shopping centre owner, Perron Group.

But it is Vicinity’s plans to build a $145 million Direct Factory Outlet mall at Perth Airport that is likely to be a significant game changer, offering brand name products at budget prices.

Project management at the DFO mall is being under taken by Proven Project Management, which was spun out of Rowe Group around 12 months ago (see page 30).

Proven Project Management director Greg Rowe said the DFO would be unlike anything currently in Perth, including the Watertown Brand Outlet Centre on Wellington Street.

“Vicinity accept that it’s a different product – they won’t be doing this and cannibalising their own centres,” Mr Rowe told Business News.

“They’ve taken the view that this offer is a very different offering, it’s at the airport and it’s a special destination for this type of offering.”