The cost of complacency

Will financial services companies wish they had taken a different path all those decades ago, when superannuation nest eggs looked so attractive? 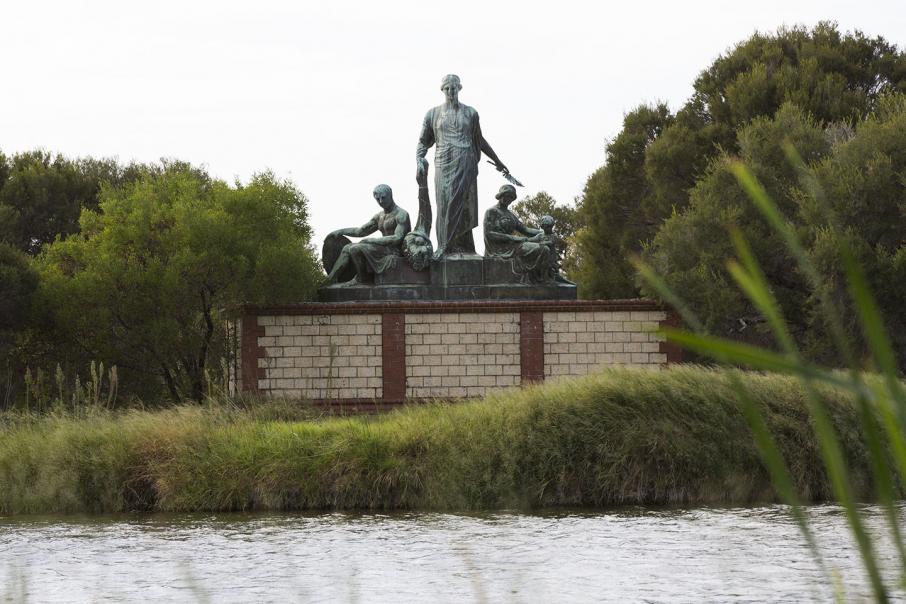 The statue from AMP’s former Perth headquarters is a reminder of how much the company has left its past behind it. Photo: Attila Csaszar

It is strange that the biggest victim of the Financial Services Royal Commission thus far has been an insurance company.

Like the banks that were the initial target of this major inquiry, AMP moved into the financial advice business in more recent decades, trading off trust in its name to win customers.

AMP had previously been focused on the life insurance business. In many ways its retail products in that area were more like the financial advice of today.

It also moved into banking, as the lines between different players in financial services blurred and banks started offering insurance and advice as well.

In the past week or so AMP has lost its CEO, its chair, and a very big slice of its market capitalisation.

The impact has been severe and many expect a big fine and many more heads to roll at an institution that, in days gone by, was venerated.

I am not going to harp on about the impact of this inquiry, which is going to significantly alter our corporate landscape.

One thing I will say, however, is that this is the kind of trouble that occurs when organisations outgrow their natural markets and attempt to expand horizontally into new products, rather than new geographies.

To be fair to both the banks and AMP, most have tried and (largely) failed to expand overseas.

This collective experience suggests that major foreign markets are just too hard for Australian companies, with rare exceptions such as CSL.

Nevertheless, history shows that by growing in smaller markets such as New Zealand, foreign success is possible. Perhaps they tended to bite off more than they could chew with entries in the UK and the US.

Maybe that just required too much patience when financial advice in Australia provided such an attractive alternative.

For three decades, financial advisers have enjoyed a market growth guaranteed by compulsory superannuation, which to some in the field meant the quality of advice was less important than it might have been if the market remained limited to people who were actually volunteering to save their hard-earned, post-tax dollars.

As an opponent of regulation, even I welcome some change, preferably some enforcement of existing laws before we get any new ones.

Of course regulation will have played its own part in this debacle. The four pillars policy, with governments of both hues maintaining an oligopoly in the sector, has appeared successful, until now.

And by success, I mean protecting the Australian public from the kind of financial collapse that we’ve seen elsewhere.

But maybe that protection against takeover has made too many in this sector complacent when it comes to the risks of overexposure to areas outside their field of expertise.

AS an aside, this past week I also had my attention brought to a bit of Western Australian folklore around AMP.

It was pure coincidence but I was amused at the discovery and wonder about it in the context of more recent events.

The picture accompanying this article shows, according to Wikipedia, what is known as the Amicus statue group – the central figure, Tyche, a Greek mythological figure representing peace, standing above a male figure of Ponos (labour and toil) and his (presumably) wife and child.

This statue adorned the roof of AMP’s former Perth headquarters until it was demolished in the 1970s, just one of too many heritage buildings that were lost at that time.

AMP’s Latin motto Amicus certus in re incerta (A certain friend in uncertain times) was inscribed on it.

Locally, the story goes that entrepreneurial landowner, brick manufacturer and philanthropist Lew Whiteman bought the statue to save it from demolition and installed it at what is now known as Whiteman Park.

Later, so I hear, AMP tried to reacquire the artwork, but Mr Whiteman was so incensed by the company’s previous lack of interest in its own heritage that he refused.

It now sits on an island in Herdsman Lake, a somewhat forlorn shadow of its former self, well removed from the glory days when it commanded the heights of one of Perth’s tallest buildings.

AMP has not slumped that far itself, but it is certainly not what it used to be, either.