The changing face of influence

The recent publication of two listings of influential business leaders provided food for thought about the growing international influence on Western Australia. 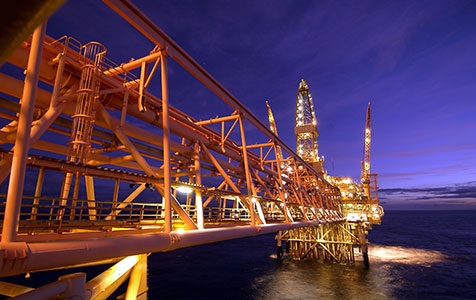 INTERNATIONAL INFLUENCE: WA would be a very different place if Shell had not backed Woodside when it developed the North West Shelf gas project in the 1980s.

For the past decade, Business News has analysed the most influential people in Western Australia.

Our annual listing has evolved over that time and now includes a mix of locals, such as Premier Colin Barnett and iiNet founder Michael Malone, national figures such as Foreign Minister Julie Bishop and business leader Kerry Stokes, and increasingly, international business executives.

Against that backdrop, I was interested to read The Australian Financial Review’s recent listing of the 50 people ‘who have most shaped the nation’s business landscape over the past half century’.

A few days later, The West Australian published a listing of the 100 business leaders who have shaped WA.

Only seven names featured on both lists.

They include Alan Bond and Robert Holmes a Court, who thrived in the 1980s when the word ‘entrepreneur’ was not a term of flattery.

Trevor Eastwood, who arguably did more than any other individual to take Wesfarmers from a farm cooperative to a national conglomerate, also featured.

Iron ore magnates Andrew Forrest and Gina Rinehart, and her father Lang Hancock, were rated by both publications.

The only other person to make both lists was mining industry leader Sir Arvi Parbo, who had a huge impact on WA as chairman of Western Mining Corporation, Alcoa of Australia, and BHP.

The journalists at Business News have increasingly come to the view that we cannot talk meaningfully about business in WA without recognising the impact of people based outside the state, such as Sir Arvi.

The AFR did a good job of reminding readers of some of the national business leaders who have shaped the state.

People like Sir Maurice Mawby, who was chairman of Conzinc Rio Tinto in the 1960s, when the Mount Tom Price iron ore mine was developed.

Leon Davis, who was appointed Rio managing director in 1995, also had a big impact, bringing the mining industry into the modern era by engaging more constructively with indigenous Australians.

Rio’s impact on WA is rivalled only by BHP Billiton, which was profoundly shaped by two men – Sir Ian McLennan in the 1960s and 1970s, and American Paul Anderson, who took the top job in 1998 and pulled it out of a major slump.

The AFR also rated the contribution of former Woodside chairman Geoff Donaldson, who curiously did not get a mention in the local daily.

One name that doesn’t feature on either list, but should have, is Charles Copeman.

As chief executive of Peko-Wallsend, which was majority owner of the Robe River iron ore joint venture in the 1980s, he challenged the union dominance of the Pilbara.

It was a crazy-brave move, done with almost no support from the business establishment and outright opposition from the state and federal governments of the time; but his breakthrough paved the way for years of productivity gains.

The other dimension missing from both lists is international business. That is partly a function of how these lists are defined.

Nonetheless, it’s impossible to talk about business in WA (or even Australia) without mentioning petroleum companies such as BP, Chevron and Shell, or gold miners like Newmont and Barrick.

WA would be a very different place if BP had not built the Kwinana oil refinery in the 1950s, if Shell had not backed Woodside when it developed the North West Shelf gas project in the 1980s, if Chevron (and its joint venture partners) had not proceeded with the giant Gorgon and Wheatstone gas projects, or if Japanese conglomerates had not backed the development of the Pilbara iron ore mines in the 1960s and 1970s

These decisions may not have been driven by colourful personalities, but their influence is undoubted.