The business of mindfulness

Mindfulness is being used to build a healthy innovation and technology culture. 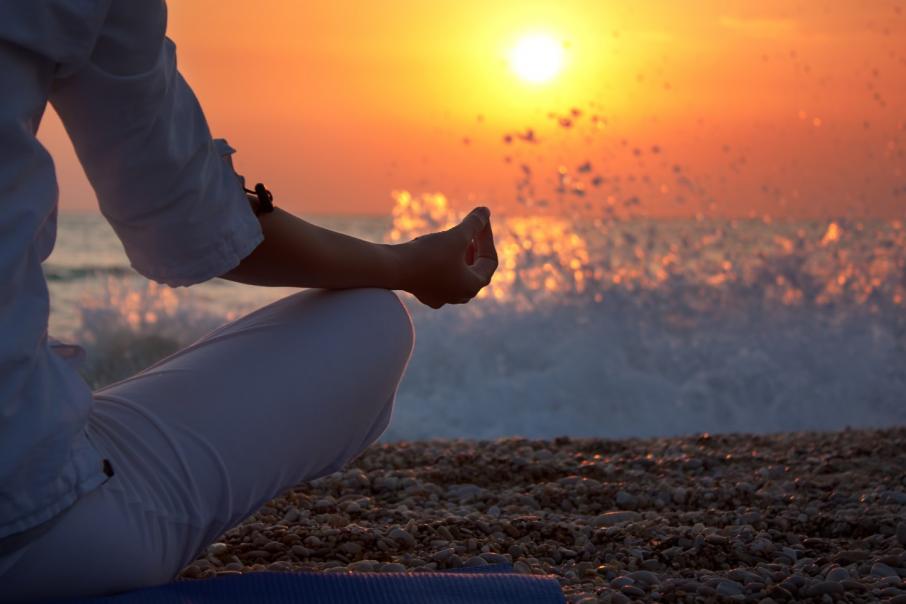 People sitting on meditation cushions chanting ‘Om’ may not be the first thing that comes to mind when we think of big tech.

For Perth-born Megan Flamer, however, the practice of mindfulness holds enormous potential.

Ms Flamer has been in San Francisco since 2012 where her company, Mindful Under Fire, has worked to integrate mindfulness into the workplaces of the giants of Silicon Valley (Facebook and Google among them).

Google has included mindfulness as part of mainstream company culture since 2007.

Led by former software engineer Chade-Meng Tan, the company even developed the ‘Search Inside Yourself’ program for internal staff, which has since spawned a book and leadership institute of the same name.

Ms Flamer believes while the big tech firms’ adoption of mindfulness is a statement of their positive intent, they have hacked it to some degree, commodifying the practice without yet utilising its deeper potential.

I caught up with Ms Flamer last week in Melbourne after she had led a mindfulness workshop for the events industry at the Asia-Pacific Incentives and Meetings Event 2020.

While she will continue her work in the US, Ms Flamer has turned her attention back to Australia, and is thinking even bigger about the change that’s possible.

In particular, she said, there was a need to get in on the ground floor to effect company-wide cultural change.

Until now, much of her work had been with those facing the challenge of life after work, she said.

“I worked with a lot of late-stage companies, or people who’ve had exits and are really having a crisis of faith,” she said.

“[They’re asking] who they are and what they are doing, and what to do now they have left the business.

“They have all this money but don’t know why they are alive. And I’ve often thought that if you could work with people earlier you could then affect the culture that much earlier. I’m now working with an even earlier stage.”

And that earlier stage is startups, which is why Ms Flamer has just joined Monash University as its ‘head of startups’.

Startup culture is known for its punishing demands on founders and is often criticised for encouraging toxic ways of working.

“My dream is that people are going to get into startups knowing that mindfulness, balance, and being healthy is a huge part of what it means to be in startups,” Ms Flamer said.

She said the implementation of her programs would coincide with many people’s first taste of a startup environment, which provided a great opportunity to start shifting the culture and sending ripples of change across the tech industry and across Australia.

For this reason, Ms Flamer is building her programs at Monash to have mindfulness baked into them.

“I’m hopeful that within the next, let’s say decade, the big companies coming out of Australia, the next Atlassian of the world, are all going to be infused with this kind of healthy culture and balance,” Ms Flamer said.

“We’ve shown that companies that are employing empathy and compassion and mindfulness perform better on the bottom line; you get more out of your staff, you get more loyalty, you get productivity over time, it is a magical thing,” she said.

However, she warns that implementing the practice isn’t something you can ‘hack.’

“You can’t pretend to be kind, right?”

The tech and startup worlds are also known for their huge gender gap.

According to the ‘State of Women in Tech in 2019’ report by web hosting service company DreamHost, only 12 per cent of engineers in Silicon Valley are women and just 11 per cent of executive roles are held by females.

While it’s a complicated issue with many factors, creating a tech industry with a healthier work-life balance is certainly a way to improve women’s participation, especially since women are still largely responsible for childcare and other domestic duties on top of their professional responsibilities.

Increasing compassion and empathy through mindfulness is also another way of creating a more friendly and inclusive tech industry.

“The more you’re present to what you’re passionate about, the more you pay attention to your thoughts, your judgments, the more you’re able to move yourself out of the way so that you can be used for amazing big, great things and partner with people you may never have partnered with and create something that was not possible before,” Ms Flamer said.