The banker, the marketer and the watchmaker

Perth watch brand Haigh & Hastings has been revived nearly a year after the business was placed in administration, with founder Matt Sears gaining backing from two investors who share his passion. 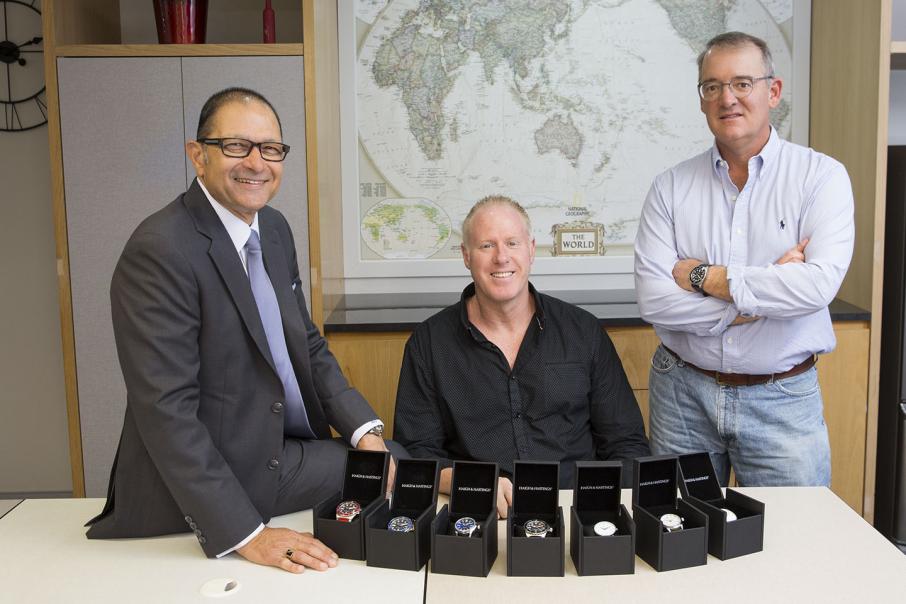 Perth watch brand Haigh & Hastings has been revived nearly a year after the business was placed in administration, with founder Matt Sears gaining backing from two investors who share his passion.

Mr Sears is looking forward to Haigh & Hastings Mark 2 after closing a deal to buy the company’s brand and assets, including about 2,000 assembled watches.

The third investor is Perth banker Gene Lilly, who was also a shareholder in Haigh & Hastings Mark 1.

The sale was negotiated by Bob Jacobs of Auxilium Partners, who was appointed administrator in January by the company’s then sole director, Simon Haigh.

Mr Jacobs said he and Mr Haigh had attempted to sell the business as a going concern.

When that did not succeed, the only option was to put the company into liquidation.

Mr Jacobs said the ‘cookie cutter’ option would have been to sell the company’s assets, mostly its stock of parts and assembled watches located in several countries.

Instead he spent his own money transferring the stock to Perth and collating it with the help of Mr Sears and his backers.

“Once they knew what we actually had, it became more attractive for them to invest in it,” Mr Jacobs said.

Mr Sears said he did not have a strong commercial focus, which is why he had partnered with Messrs Reaby and Lilly.

“My focus will be on building the best watches that we can,” he said.

Mr Reaby, who has been selling micro brands like Haigh & Hastings since 2009, said he was pleased to participate in reviving the brand.

“It maintains the brand, its history,” he said.

“It would have been a shame to let that hard work and effort go, because it’s not easy to do.”

The original business was established in August 2013 but was troubled by differences among its shareholders.

It racked up some significant achievements, including being commissioned by the Special Air Service regiment and the RSL to design commemorative watches.