A Fremantle-based not-for-profit organisation is fighting back against a funding culture focused on new projects, seeking instead to draw on more than 20 years of goodwill to elicit support for its existing work. 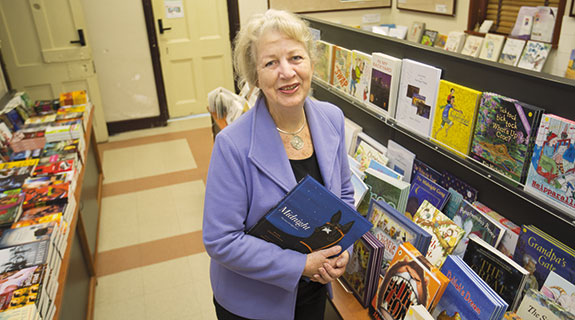 A Fremantle-based not-for-profit organisation is fighting back against a funding culture focused on new projects, seeking instead to draw on more than 20 years of goodwill to elicit support for its existing work.

Founder and director of The Literature Centre, Lesley Reece, told Business News that many existing grants were too restrictive in their timeframes, often looking to develop first-time programs rather than fund ongoing, longer-term projects, however successful.

To counter this trend, the centre this year launched a formal philanthropic donation vehicle called Friends of The Literature Centre

The centre has two main aims: to nurture young people’s interest in reading and writing; and to support Australian authors and illustrators through programs such as in-house residencies.

Ms Reece, who recently was awarded a Member of the Order of Australia for her work at The Literature Centre, said the organisation spent hundreds of thousands of dollars a year travelling to schools across the state offering a range of workshops.

The centre receives major corporate support from BHP Billiton, as well as the federal and state governments, but established the Friends of The Literature Centre an attempt to secure continued funding for existing programs for the first time in its 23-year history.

“One of the things that is a serious problem is people in a sense are being asked to reinvent the wheel,” Ms Reece said.

“It’s so crazy, you go to a funding body and you say ‘we want to do this and we want this money’ and they say ‘fabulous’ and you go through the application process and they give you some money and they’ll say it’s for three years.

“When you’ve proved that you can do what you said you were going to do, and it’s a raging success, there’s no more money.

“But if you’re doing a program that really, really works ... people say ‘sorry that’s it, now come back to us because that was great, what would you like to do next?’”

Ms Reece said she was hopeful raising awareness about funding issues would prompt people who had benefited from The Literature Centre’s programs to donate.

“I think there’s a lot of goodwill towards the centre and I think people aren’t aware that we actually need money and everything is not covered,” she said.

“I would love to have that philanthropic sense of looking after our authors and illustrators and enabling us also to keep going with some of the programs that we know are of such value but which don’t have ongoing funding for.”