National awards and sparkling reviews are no novelty for small theatre company The Last Great Hunt. 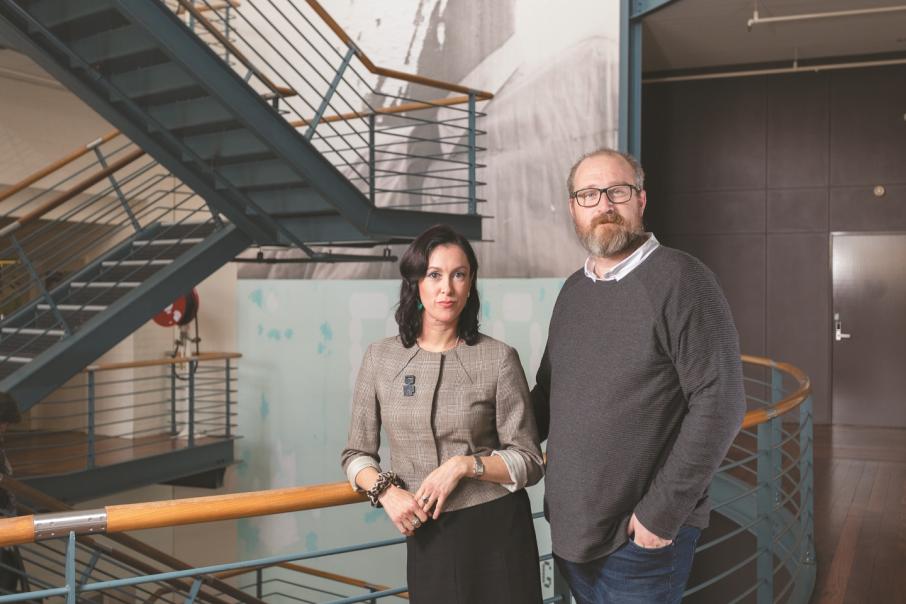 National awards and sparkling reviews are no novelty for small theatre company The Last Great Hunt.

The company is just over five years old, and it’s most recent creation, Lé Nør [the rain] with Perth Festival, has drawn similar critical acclaim to previous shows, such as Bruce, The Adventures of Alvin Sputnik, and The Irresistible.

The Last Great Hunt’s key purpose is to deliver new theatre experiences, and Perth has acted as an incubation point to develop works, enabling the company to successfully tour and sell them internationally.

About 50 per cent of The Last Great Hunt’s income was drawn from sales, Ms Roberts said, and the majority of this was sourced through touring schedules.

An example of this process is Helpmann-nominated children’s production New Owner, which was co-commissioned by Awesome Festival in 2016, and has just returned from a tour to China, Japan and Canada.

Ms Roberts said partnerships with organisations such as Awesome Festival were essential to expanding the company’s audience base.

“Those sorts of partnerships attract international presenters, some of who bought the show on the spot on opening night,” she said.

While building a reputation as an international theatre force, Ms Roberts said the company was keen to stay true to its roots.

“We’re really passionate about being in Perth, but what makes us really different is that we’re globally recognised,” she said.

At the time the company was created, Perth lost two significant mid-tier theatre companies – Perth Theatre Company and Deckchair Theatre – and Ms Roberts said The Last Great Hunt had been able to fill the void left by these while operating in a different form.

“We have a different governance structure from most theatre companies in that we’re artist led – we have six core artists we represent who sit across all levels of governance,” Ms Roberts said.

“We put a lot of effort into creatively solving problems … we do things a bit differently, that’s where our strengths lie.

“It’s essentially a seven-way CEO split – I run the business side and the others run the artistic side, but we’re in constant conversation.”

As well as creating, performing and touring shows, the core artists also sat on the board and ran day-to-day operations, she said.

Board chair Ryan Taaffe told Business News that while arts boards often sought to bring on skills from the corporate world to appeal to funders, it was also important to remember the board existed to create art.

“In essence, having artists on our board at The Last Great Hunt is the same as having your artistic director sit on your board, it ensures that art is foremost in everything we do and that instead of becoming risk averse we take informed risk strategically and ensure that strategic problems often have creative solutions,” Mr Taaffe said.

“This arrangement also means that art is part of the conversation.

“The added bonus is that the artists are able to grow in the ‘business’ side of the organisation and so they are not only strong creatives but strong on the governance and business side of an organisation.

“Having been on the board for four years now, I can’t see it operating any other way.”