Three interconnected waste management businesses in Perth face a sudden change of fortune after Aurigen Group went into voluntary administration, a Thai company bought the Brockwaste plant in Shenton Park, and listed company AnaeCo positioned itself to work on the planned restart of the plant. 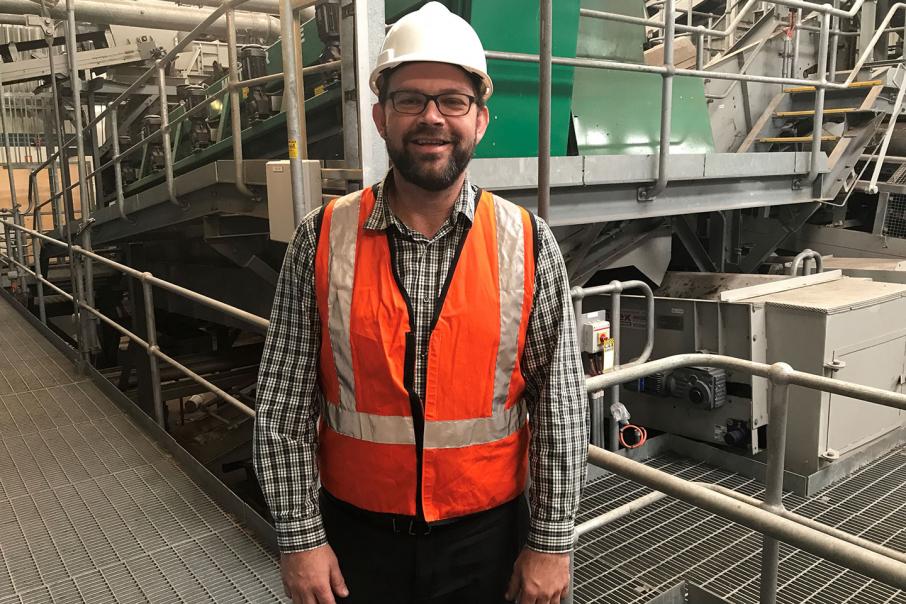 Tom Rudas, who was the founder of AnaeCo, now runs Aurigen.

Three interconnected waste management businesses in Perth face a sudden change of fortune after Aurigen Group went into voluntary administration, a Thai company bought the Brockwaste plant in Shenton Park, and listed company AnaeCo positioned itself to work on the planned restart of the plant.

A common link between all three businesses is Tom Rudas, who was the founder of AnaeCo, now runs Aurigen, and is a director of Shenton Energy, the new owner of the Brockwaste plant.

Mr Rudas told Business News it was an unhappy coincidence Aurigen had gone into voluntary administration at the same time Shenton Energy finalised the Brockwaste purchase.

He said Shenton Energy was established by Aurigen this year to purchase the Brockwaste plant, which was placed into administration in October last year.

Mr Rudas said Aurigen was not able to fund the purchase and, as a result Thai company SBANG Sustainable Energies, which is also a minority shareholder in Aurigen, bought 99.9 per cent of Shenton’s issued capital.

With backing from SBANG, Shenton Energy was able to complete the multimillion dollar purchase of Brockwaste, though the details of the transaction were not disclosed.

The vendor was funds managed by Sydney-based Palisade Investment Partners, which struck a deal with AnaeCo in 2010 to finance the stage 2 development of the plant.

PPB Advisory managing partner Simon Theobald, who was administrator of Brockwaste WA Operations and two related entities, said the new owner planned to have the facility operational by early next year.

“As a result of this sale, the employees and non-related creditors have been paid in full, with some related party creditors having their debts either repaid or assigned to the new owner,” Mr Theobald said.

“If a sale had not been achieved it is likely the facility would have been dismantled and sold via a liquidation sale.”

Business News has estimated $165 million has been invested in the Brockwaste plant and its composting and waste-to energy technology, which was developed by Mr Rudas when he ran AnaeCo (and predecessor companies).

Mr Rudas said his previous association with AnaeCo was not a factor in the purchase.

“I think it’s a good business, it’s not because of emotional ties,” he said.

Mr Rudas said there were strong synergies with the Aurigen business and its shareholders, which could provide markets for glass, compost and other materials from the Brockwaste facility.

Mr Rudas left AnaeCo in 2011, after striking a deal with Monadelphous Group to complete the construction and commissioning the Brockwaste plant.

That process proved more expensive and complex than anticipated, and has resulted in Monadelphous becoming a major shareholder in AnaeCo after completing a debt-for-equity swap with the listed company.

AnaeCo announced last August that China’s Xiaoqing Environmental Protection Technology Co would buy 55 per cent of the business and refinance some of the Monadelphous debt, but that deal has been repeatedly postponed.

Managing director David Lymburn said today AnaeCo was working with Shenton Energy on the terms and scope of work for AnaeCo to provide technical support and guidance during the restart of the plant.

The stock has traded between 0.1 cents and 0.4 cents all of this year.

This came after Aurigen faced a cash flow squeeze and was unable to service its secured debts.

Mr Rudas said his intention was to restructure the business, pay out the secured creditors and bring it out of administration.

Its operations have been put on hold while this process is under way.

Mr Rocke has been appointed administrator of Aurigen Group and three related entities – Auricom, Cityscore and Matera3, with the latter being a dormant company after its operations were sold last year to Cleanaway.

Andrew Forrest was an early backer of Aurigen, but no longer has an association with the business.