Testing for truckies at border

Truckies arriving in Western Australia from high risk jurisdictions will be required to present a negative COVID-19 test result before entry, after a scare late last week. 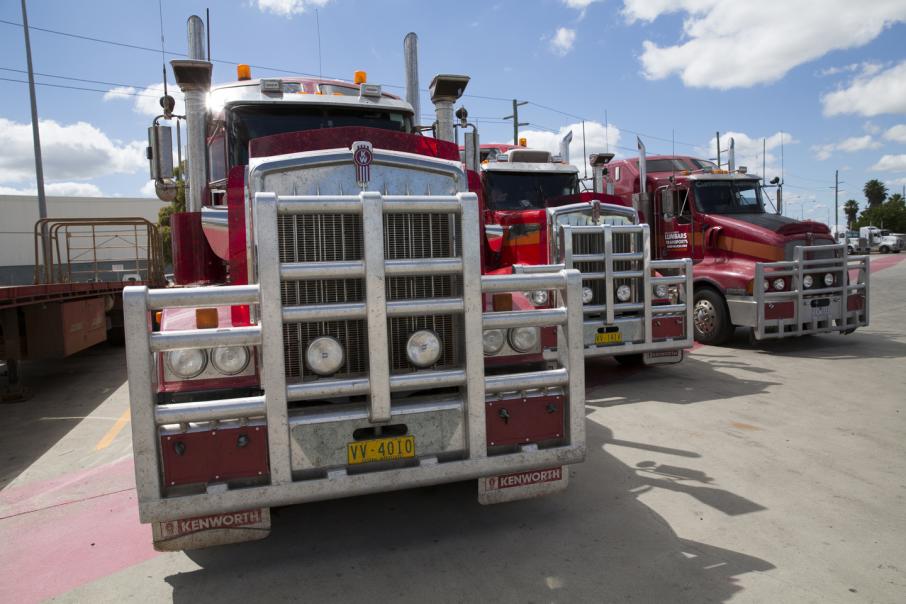 Truckies arriving in Western Australia from high risk jurisdictions will be required to present a negative COVID-19 test result before entry, after a scare late last week.

Last Friday, two truck drivers who had travelled to WA via New South Wales tested positive to COVID-19; but Premier Mark McGowan said today all of their close contacts had since tested negative for the virus.

From next week, truck and train drivers who come to WA through NSW or Victoria will need to present a negative PCR test from within the previous 72 hours.

If their test result has not yet been finalised, they’ll take a rapid antigen test at the border.

Mr McGowan said 10,000 such tests were being transported to Eucla and Kununurra.

“Todaý’s announcement is about safety, tightening our border controls to do everything we can to keep the virus out of WA while we vaccinate as many people as we can, as quickly as we can,” he said.

“The risk from trucks entering from high risk states is just too great.

“It's fair and reasonable, we’re the first state to have done this.

“I advised national cabinet today we were going to be implementing this next week.”

When asked if the new measures would impact essential supplies, such as groceries, Mr McGowan said the rapid antigen tests were quick so he would expect no issue.

Mr McGowan said the state sent its best wishes to NSW, with more than 1400 new infections, and Victoria.

But he continued to rebuff pressure from the federal government and others calling for loosening of border arrangements, saying it was “completely nuts”.

‘I won’t be pressured by some over east to bring down our border controls (against) health advice,” Mr McGowan said.

At a 70 per cent vaccination rate, with baseline health restrictions in place, a seeding event such as reopening state borders would lead to 900 deaths over 180 days, Mr McGowan said.

But he rejected calls from the Australian Medical Association to hold off until a 90 per cent threshold was hit.

Once the state passes an 80 per cent threshold, he said the position would be reassessed, with the most likely move to be setting a reopening date about six weeks later.

That would provide a huge incentive for people to get vaccinated, he said.

WA’s first dose levels were increasing by about 0.7 percentage points a day, Mr McGowan said, and it was rapidly churning through vaccine supplies.