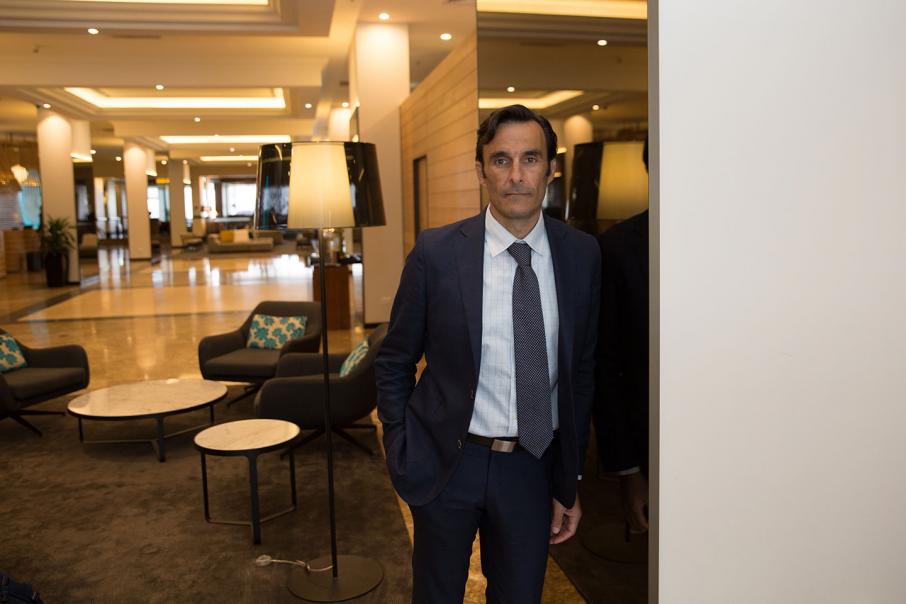 The bad news for Carnegie was slightly offset when the Belmont-based company told the market today its Energy Made Clean subsidiary had won a contract to design, construct and install a solar-diesel-battery energy storage microgrid system at the Delamere Air Weapons Range in the Northern Territory for the Department of Defence.

The microgrid system will supply high penetration solar power to about 200,000 volt-ampere peak load and cut diesel consumption at the site by 61 per cent.

“Every diesel powered load should be running a renewable microgrid. This project is a great example of the larger, more complex systems where Carnegie and EMC are demonstrated leaders.”

"Battery storage is the future of our national energy market, and the eyes of the world will be following our leadership in this space," he said.

Mr Musk told reporters the project would be the largest battery station in the world "by a significant margin".

"This is a 100 megawatt battery.. the next biggest in the world is 30 megawatts," he said.

"So we're talking about something that is three times as powerful as the next biggest battery station in the world."

Mr Musk said the project would cheapen electricity prices for consumers in SA, with wind power from the Horsdale plant to be stored for use when wind isn't generating enough power.

Mr Ottaviano said he was disappointed with the outcome.

“We felt we had a compelling and local proposition but we wish the South Australian government well for the future success of the project,” he said.

“Regardless of this decision by the South Australian government, Carnegie will continue its aggressive expansion throughout Australia and internationally.”

Shares in Carnegie were unchanged at 5.8 cents each at 1pm.