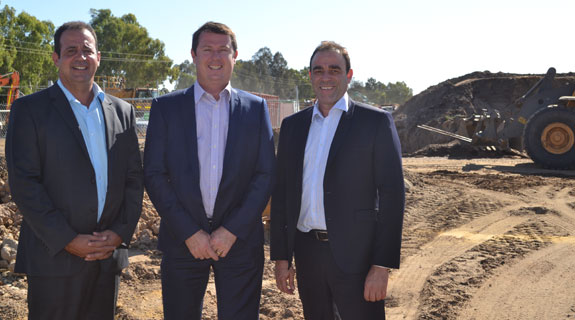 Land developer Terranovis says its latest syndicate, for a 3.4-hectare development site in Anketell, is drawing keen interest from investors, with $3 million of the $4 million required raised in two weeks.

Terranovis plans to construct 56 lots on the site, which would be mostly residential and also comprise a small commercial component.

The developer expects to begin construction the project in early 2017, with a 12-month build time.

Terranovis director Warren Spencer said the interest in the syndicate, launched on August 27, showed investors were confident regarding the prospects of Anketell as a property hot spot.

“Anketell is largely underdeveloped with a low supply of housing lots,” he said.

“There is currently just one competing estate in the suburb, while in nearby Wandi there are two significant estates being Honeywood and Whistling Grove.”

Mr Spencer said similar syndicates established by Terranovis at its Wandi and Hammond Park estates were providing significant returns and dividends to shareholders, at 45 per cent and 100 per cent, plus return of capital, respectively over a two to three-year timeframe.

“Based on our success in both nearby Wandi and Hammond Park, Terranovis is confident that Anketell will deliver investors strong results,” he said.