City councils are being urged to make it easier for local retail strips to be revitalised. 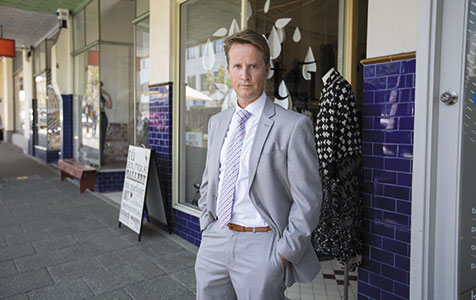 City councils are being urged to make it easier for local retail strips to be revitalised.

The Metropolitan Redevelopment Authority’s revitalisation of William Street is a good example of how a focus on the ideal tenancy mix can bring an ailing main street back to life, according to leading retail property leasing agents.

“What the MRA has done is fantastic, they were prepared to invest in getting a good quality tenancy mix at the expense of maximising rentals, but that’s because they control a large portion of it,” Mr Hopkins said.

“You don’t get to do that at Rokeby Road, but as a council, they can support business ventures.”

According to Mr Hopkins, consumers at suburban shopping strips want fashion and food.

“But if you’re going to have food, you have to allow alcohol too, and unfortunately the City of Subiaco has made that difficult,” he said.

“They also have issues with parking provision, they’ve done little to nothing about providing parking and they’ve made it really hard for people to get projects up because they require parking-in-lieu payments.”

Mr Hopkins said a similar situation was playing out in Fremantle.

The City of Fremantle recently approved a substantial redevelopment of its Atwell Arcade, which will have an end value of $30 million.

A major retailer, which has not yet been disclosed, will take up nearly the entire redeveloped arcade.

“Big retail wants to get into Fremantle, but they’ve got to be allowed to do a big project too,” Mr Hopkins said.

“There are so many of those sorts of projects in Fremantle we’re waiting to see.

“If we see some bigger projects get off the ground and start to see thousands of new residents in Fremantle, it will be a brilliant thing for the area.”

Mr Hopkins said the other retail strip in high demand in the metropolitan area was Albany Highway in Victoria Park, which is increasingly becoming a dining destination.

Lease Equity managing director Jim Tsagalis said his agency was also fielding an increased level of inquiry for suburban strip locations, but he expected a further recalibration of the tenancy mix.

“We’re not going to see as much fashion as we did, and if we do, it will be more at the incubator level or more targeted,” Mr Tsagalis said.

“Because the likes of Zara, Topshop and H&M are coming to Perth, it will have a ripple effect into those markets, even though they’re in the CBD.

“The fast fashion brands will have an effect on the suburbs because there is only a limited retail spend.”