Resources sector services company Tempo Australia has been granted approval for variations for its existing contract with Rio Tinto, increasing its potential value by $11 million. 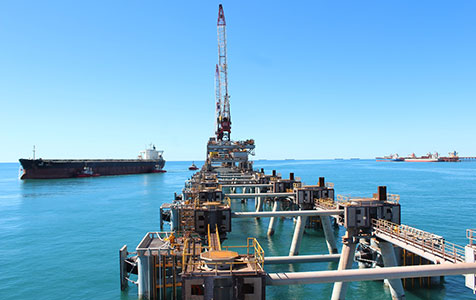 Resources sector services company Tempo Australia has been granted approval for variations for its existing contract with Rio Tinto, increasing its potential value by $11 million.

The variations have the potential to increase the value of Tempo’s contract to $25 million for work at Rio’s Cape Lambert Port B Project in the Pilbara.

The company said in a statement today the variations related to structural, mechanical and piping miscellaneous work and commissioning support at the project.

Tempo chairman Charlie Bontempo said in a statement the approval for the increased contract value was a result of Tempo’s demonstrated activities for Rio, including commissioning, shutdowns, maintenance and miscellaneous work.

“Our continued focus on safety, people, performance and productivity has seen Tempo forge a sold relationship with Rio Tinto and we look forward to building on that relationship and to continuing to provide support for them in the future,” Mr Bontempo said.

Yesterday, Rio posted a 78 per cent rise in full year profit to $US6.5 billion, with the previous year's result marred by multi-billion writedowns on copper and aluminium assets.