Telstra TV to launch this month

Australia’s largest telco Telstra has announced the upcoming launch of its new television streaming device, which will offer its customers access to services including Netflix and Presto. 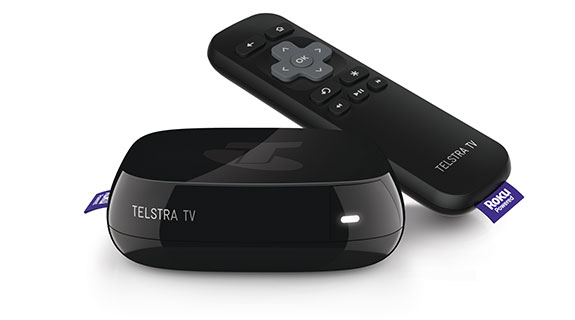 Telstra TV will be available from October 27.

Australia’s largest telco Telstra has announced the upcoming launch of its new television streaming device, which will offer its customers access to services including Netflix and Presto.

Launching October 27, Telstra TV will come as streaming player that connects to a users’ TV and will provide access to 15 services, including apps for Netflix, YouTube, and the Foxtel and Seven West Media-owned Presto.

Australian steaming company Stan will also be available on Telstra TV in November.

It was reported earlier this week that after just six months in the country, Netflix had made its way into over 10 per cent of Australian homes.

Telstra TV will also allow users to rent films from BigPond Movies, and will have access to SBS on Demand, Plus7, and 9JumpIn.

The streaming device has been created in partnership between Telstra and manufacturer Roku.

Telstra chief marketing officer Joe Pollard said the new streaming device was in response to the growing demand for simple and flexible home entertainment that allows customers to access their favourite TV series, movies and content directly to their TV.

“Telstra TV puts our customers in control of what they watch and gives them even greater value entertainment choices in the home,” Mr Pollard said.

The products will priced at $109 per streaming player.