Telethon Kids Institute has received $2.66 million from BHP to lead a trial testing the effectiveness of multiple sclerosis drug interferon in reducing the infectiousness of COVID-19 patients. 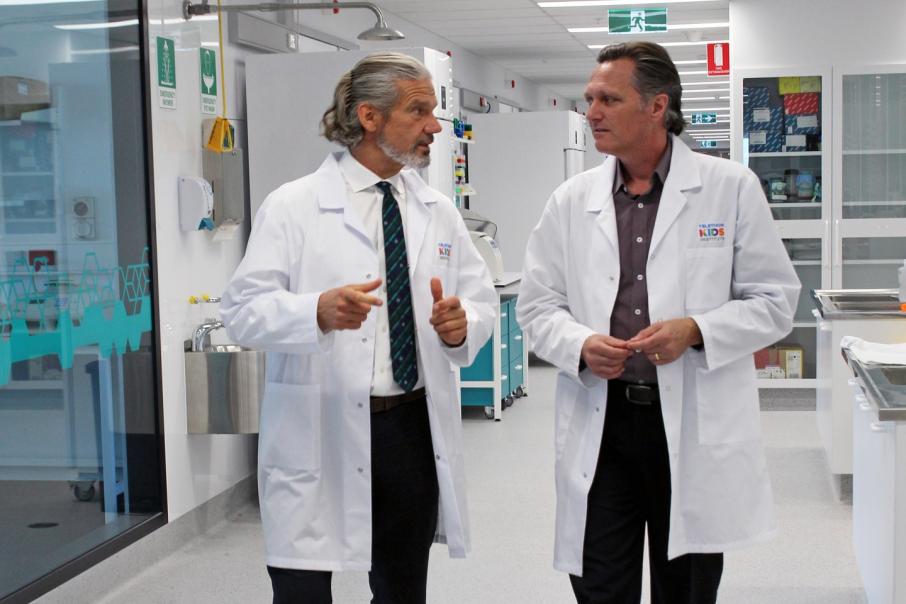 Telethon Kids Institute has received $2.66 million from BHP to lead a trial testing the effectiveness of multiple sclerosis drug interferon in reducing the infectiousness of COVID-19 patients.

An exploratory study by Professor Kollmann and collaborators in Wuhan, China, found that interferon therapy reduced the duration that a patient was infectious.

Researchers from Western Australia, NSW and Queensland will work together to recruit 260 confirmed cases of COVID-19 and their direct contents.

“People infected with this novel coronavirus have been known to shed virus and be contagious for up to five days prior to developing symptoms and for weeks after onset of symptoms, which is likely to be a major driver of the pandemic,” Professor Carapetis said.

“This trial focusses on containing the virus by administering a type of interferon to infected cases and their contacts to reduce viral shedding, particularly from those with no symptoms, or prior to the onset of symptoms.

“We want to see whether administering interferon to those positive cases and those who have been recently exposed to a case could possibly stop the spread of the virus and, with that, the pandemic.”

“Research into how to stop the spread of the virus has the potential to benefit communities across the globe and BHP is proud to support the Telethon Kids Institute with this important study,” he said.

The study is expected to start later this month.

This funding announcement today means BHP has donated half of its $50 million Vital Resources Fund, with $7.8 million distributed to organisations in WA.

The East Pilbara Independence Support received $550,000 to establish a quarantine house for six months that can be used by members of the indigenous community as a safe space to isolate.

“In just six weeks we have committed half the funding to 46 projects across Australia,” he said.

“This funding is being delivered to the people and communities who need it the most, through the organisations and initiatives who are working hard to provide vital support through this difficult time.

“We are determined to play our part and the BHP Vital Resources Fund provides critical financial support to help regional communities across the country.”

Organisations in Queensland and NSW were given a combined $9.5 million, while causes in South Australia received $1.2 million.