Technology stocks on the rise

Four Perth tech stocks are set to join the All Ordinaries Index, highlighting the tentative emergence of new industries. 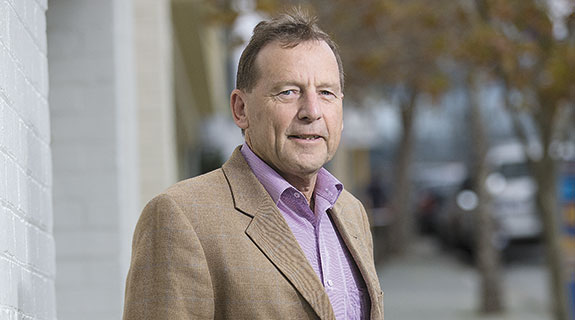 Four Perth tech stocks are set to join the All Ordinaries Index, highlighting the tentative emergence of new industries.

The waning investor interest in mining stocks has opened opportunities for the tech sector, including four Perth firms that will be added this month to the All Ords index, which comprises the 500 biggest companies on the ASX.

The new entrants include iWebGate and migme, which completed backdoor listings on the ASX last year.

Also joining the All Ords will be OBJ and Panorama Synergy, which have been listed for many years but have attracted fresh investor interest after hitting important milestones.

The four Perth companies may all fit in the tech space, but that’s where the similarities end.

OBJ, which has been listed on the ASX since 2000, was ranked as one of the top-performing stocks in Business News’ 2014 total shareholder return survey.

It received a huge boost last April when it announced a product development agreement with the world’s largest consumer products company, Procter & Gamble.

That was followed in September by the launch of the first product incorporating OBJ’s magnetic micro-array technology.

The OBJ technology is designed to significantly enhance skin penetration of key anti-ageing ingredients in P&G’s SK-II eye wand, which was launched initially in South Korea and Japan.

OBJ, which is headed by tech veteran Glyn Denison (ex-ERG and Lignor) and inventor Jeff Edwards, is expanding its laboratory operations in Leederville as it continues to work on new products with P&G and French beauty products manufacturer Coty.

Migme is a social media company founded by Perth entrepreneur Steven Goh, who came to prominence in the late 1990s as the founder of online broking business Sanford.

It is run from offices in Singapore, Malaysia, Indonesia, Taiwan and Hong Kong, which are the major markets targeted by the business.

The number of people using its social entertainment service doubled last year to a monthly average of more than 10 million.

The challenge for migme is to lift the number of paying users, which sits at 33,000 per month.

Migme disclosed last month that it had been planning a share placement to supplement its $5.9 million cash balance, after new investors expressed interest in the stock, but was unable to complete the raising because of market volatility.

IT security company iWebGate was established more than 10 years ago by chief executive Tim Gooch.

Its specialist niche is a cloud-based network security platform designed to address the limitations of firewalls.

It announced last month an agreement with US information security company SecureState to develop a pilot for a new product focused on threat monitoring and defence.

Panorama Synergy has an even longer history, having listed on the ASX in 2001.

It’s been a wild ride for investors over that time, with the stock soaring to more than $2.30 in 2006 before crashing soon after.

Former Cisco Systems executives Aidan Montague and Terry Walsh have run the company in recent years, and its major focus has been a research partnership with The University of Western Australia.

Mr Montague said test results achieved last year on its laser-based optical readout system were the most significant development in the company’s history.

That allowed the company to raise $7 million in a share placement at 36 cents per share. The company says its LumiMEMS Reader has applications in “almost every imaginable industry” and it is currently evaluating where it should focus attention.