The US is leading the charge to cheaper oil and gas, and its industries are taming the internet to turn a buck in the digital world. 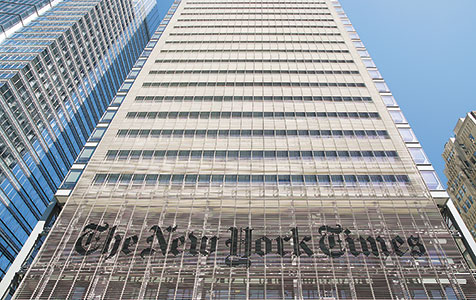 The US is leading the charge to cheaper oil and gas, and its industries are taming the internet to turn a buck in the digital world.

If you want to see the future, and who doesn’t, take a close look at the US, where two industries, one old and one new, are providing a crystal clear guide to where you should be putting your money.

The old industry is oil and gas. The new industry is the internet. In both cases, big changes are under way.

Oil and gas are making a dramatic return as the fuel sources driving the US back to the status of global economic superpower.

The internet is being tamed by industries once considered doomed by its invasion as they find ways to make profits in a digital world.

Australians will follow what’s happening in the US because we always do, eventually, and because we have similar resources and an open business environment, which is quick to seize new ideas.

In oil and gas, the revolution under way in the US is truly stunning and, while Australia has been slow to react to the opportunities of cheap and abundant liquid fuels, it will happen once government is forced to acknowledge that everything else has failed.

By finding new ways to extract oil and gas through the clever use of technology such as directional drilling and rock fracturing (fraccing), the US is about to become the world’s biggest exporter of petroleum products, overtaking Saudi Arabia and Russia.

Financially, that means an annual fuel-cost deficit of $US350 billion will become a $US84 billion surplus by 2020, and perhaps as early as 2018, according to investment bank Citi.

The knock-on effects of abundant and cheap energy will re-energise US manufacturing with spectacular effects on currency values and job creation, with the benefits likely to last “at least two generations”, according to the bank.

Australia, which is about to become the world’s biggest exporter of LNG, has the resources to mimic the US but is yet to find a way through a bureaucratic maze to connect manufacturing industries in the south-east of the country with gas in the north.

As the US roars away from the rest of world thanks to an energy injection, Australian governments will, hopefully, recognise what is happening and join the game.

What is happening with the internet, another game-changing technology tamed by the US, will also have beneficial effects on Australia, even in industries which had been written off as victims of the technology.

In New York, the city’s flagship newspaper, The New York Times, was widely seen as heading for oblivion because of its exposure to old and expensive production and delivery systems.

That view is changing as the internet morphs from its status as an enemy into a business friend, with the latest circulation data released by the stock exchange listed New York Times Company showing a remarkable increase in paid digital subscriptions.

Digital subscriptions might be cheaper but it is possible to secure infinitely more of them by delivering a product that people want to read and in which advertisers want to promote their products.

The net result of the newspaper going digital, which means it has also gone global, is that investment banks are dusting off their analysis of a business considered too old for the times.

JP Morgan, in its latest report on the New York Times Company, sees an end to falling profits and a steady increase in earnings from next year, partly a result of the new digital business model and partly a result of cost cutting.

ENOUGH has been written about the “market flooding” strategy of WA’s biggest iron ore miners to fill a book though the final chapter will make for the most interesting reading of all because it could be headed: ‘Great resources sector bloopers’.

Market flooding, which is a blunt instrument designed to destroy rivals by driving down the price of iron ore, could win the award for worst ever management decision though it will have rivals for that title.

The Gorgon gas project, which this week farewelled the man dubbed its “mastermind” will be hard to beat because of the world-class cost blowouts endured by its use of Barrow Island as the site for LNG processing.

Colin Beckett, Chevron’s man leaving Gorgon, might have a different view but there seems little doubt that squeezing a big LNG development into a tight space on an island, which is also a nature reserve, was always going to be a problem.

Just how much of a problem can be measured by the spectacular increase in the cost of building Gorgon, which looks like it will end up well above the $US54 billion – the last official estimate – some 45 per cent more than the original cost of $US37 billion.

Whether there’s another Gorgon cost surprise on the way before first shipments next year will be interesting to see though it is likely the business case behind Gorgon has already been set back by the cost explosion – with much of the rise attributable to that original flawed decision to build on Barrow.

As for iron ore market flooding, the ultimate judges of that strategy will be the shareholders of BHP Billiton and Rio Tinto because it’s not just rivals being squeezed out of business; it’s the profits of the companies doing the flooding which will be hit.

Management at both of the big miners argue that flooding is a smart decision, but they also said that about Hot Briquetted Iron (BHP Billiton) and Hismelt (Rio Tinto), a pair of investments that destroyed about $6 billion of shareholders’ funds.

WHAT is good for China is good for Western Australia, which is why the latest deal between Russia and China over gas supplies should not be seen as a negative.

If China can drive down its overall energy costs by adding Russian gas to its mix there will be an overall boost to its economy, which means extra demand for everything from iron ore and beef, and potentially even an increase in demand for LNG as demand for gas as a coal-replacement grows.