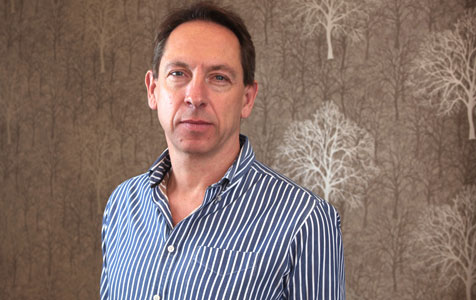 Engineering firms exposed to mining are going through a tough patch but prospects are much better for those like Technip and Clough in the oil & gas sector.

Calibre Group and Clough are two of Perth’s largest home-grown engineering companies but their fortunes have taken very different paths this year.

Clough, which focuses on the oil & gas sector, delivered a pleasant surprise last week when it told the market that its revenue and profit would be higher than previously anticipated.

Its upgrade came after a multitude of engineering contractors either downgraded earnings or restructured operations in response to the slowdown in the mining sector.

WorleyParsons, Calibre Group, UGL, Sedgman and GR Engineering were all adversely affected by the slowdown in new mining projects .

Calibre was one of the hardest hit; its share price crashed from $1.20 in April to about 30 cents, culminating in this week’s resignation of managing director Rod Baxter.

The tough times at Calibre were highlighted by its shrinking workforce numbers.

The number of engineers in its WA business has almost halved over the past year, according to data collected for Business News’ Book of Lists.

Calibre has gone from being the second largest engineering firm in Perth to the ninth largest (see page x).

One of the few engineering firms going in the opposite direction was French group Technip Oceania.

It currently has about 300 engineers in a total WA workforce of 700 people; that’s nearly double what the business had four years ago.

Like Clough, Technip is focused on the oil & gas sector. Along with other international groups such as Wood Group Kenny and KBR, it is positioned to take advantage of opportunities in that sector, particularly the rapidly emerging trend toward floating liquefied natural gas (FLNG) projects.

“There is in excess of 12 you can count, with varying probabilities.

“The owners seem to be signalling they want more work done in Perth, so if you put those factors together, we would expect to be doing more here.”

Shell’s $12 billion Prelude project is the wold’s first large-scale FLNG development, and Malaysia’s state oil company Petronas is running a close second with its own project.

Technip is working on both of those projects and Mr Allen said his group has also been involved in most of the ‘pre-FEED’ engineering studies in FLNG.

“Technip is the world’s leader in FLNG without a doubt,” he said.

Woodside chairman Michael Chaney highlighted the FLNG opportunity when he spoke at a CEDA conference in Perth last week.

“Perth ought to become the centre for floating LNG technology in the world and I think it will if we play our cards right,” he said.

“Certainly in Woodside’s case, if we proceed with that at Browse, we’ll be insisting that the technology is located here in terms of design and so on.

“What you find is if you do then have a centre of excellence in that technology, it spins off other things.”

Woodside chief executive Peter Coleman has pursued a similar theme, saying there is “an opportunity for Western Australia to become an industrial, operational and technology centre of excellence for floating LNG worldwide.”

Shell has responded in a similar vein, following criticism that FLNG takes away the opportunity for local construction and maintenance on the giant floating factories.

The upside opportunity rests with firms like subsea engineering specialist Wood Group Kenny, which is working on three FLNG projects in its Perth office.

Just last month, it was awarded a multi-million dollar contract by France’s GDF Suez for a subsea concept definition study for the Bonaparte FLNG project.

Another win, announced in January, was an $8.6 million contract to carry out engineering and design of the major subsea production facilities for Inpex’s Abadi FLNG project.

This work will be split between its offices in Indonesia, Perth and Melbourne.

It will be delivered by contract teams in Perth and Aberdeen.

This sharing of work across international offices is common practice in the engineering sector; the challenge for Perth is to build the capability and cost structure to ensure more work is done here.

KBR is another big engineering group targeting FLNG as a growth segment.

It will be competing directly with Technip for the engineering work on the Bonaparte project.

The two firms are conducting production vessel design work for the Bonaparte project; one of them is likely to be selected as the main engineering contractor once GDF Suez proceeds with the project.

“FLNG represents a new market for the industry and KBR’s engineering capability is already being utilized in several FLNG projects around the world,” the company said in a statement.

Mr Allen believes Technip is well placed because of its capability across the sub-sea, offshore and onshore market segments.

“When you look at an FLNG facility, it’s got a sub-sea component, it’s the offshore vessel, and it’s the processing facility. One reason Technip is the market leader is we are bringing our expertise in all three areas.”

Its partnership with Shell and Korean contractor Samsung on the Prelude development has also given it an early mover advantage.

Prelude is one of seven major projects Technip is currently working on from its Perth office.

On Wheatstone, it designed the offshore gas processing platform.

“That design was managed and engineered out of Perth and supported by our office in KL,” Mr Allen said.

On Gorgon, it has about 150 people working in an integrated team with Chevron, managing the upstream portion (including sub-sea pipeline) in a joint venture with Wood Group Kenny.

On Prelude, Technip is readying for more work on the project.

“The majority of that team is in KL right now, but they will move to Perth next year,” Mr Allen said.

“That team will be expanded considerably with people we’ve got in Perth, who are already working on other subsea projects.

“There is a move to make the project more centric to Perth.”

With engineering being such a specialised field, there is keen competition for graduates and experienced staff.

That’s why Technip and Canadian engineering firm Hatch are both pleased with their rankings in a recent national survey of university graduates (see table).

Hatch (#10) and Technip (#12) were the top engineering contractors in the survey, though both were pipped by Chevron (#7).

(The number one employer in the survey was IT firm Thoughtworks Australia.).

For engineers focused on mining, property and other sectors, the outlook is for relatively lean times.

Many firms have mitigated the impact of the WA slowdown by allocating work across their offices, and doing more work for international clients.

GR Engineering, for instance, recently commenced work on a (pound) 75 million contract with Wolf Minerals for its Hemerdon tungsten and tin project in the UK.