Perth’s tight-knit angel investment community is growing more comfortable with soft tech plays, but there are calls for more investment in the ‘trickier’ tech. 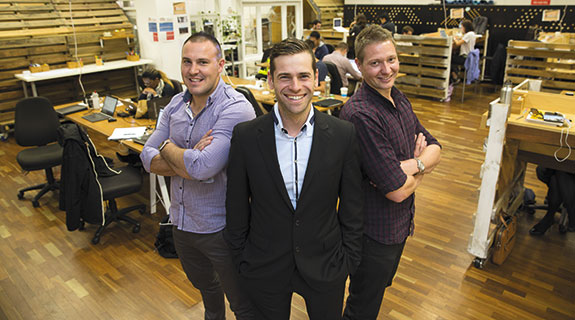 Perth’s tight-knit angel investment community is growing more comfortable with soft tech plays, but there are calls for more investment in the ‘trickier’ tech.

Angels are known for investing in the earliest stages of companies in the hopes of reaping high returns, as well as playing a role in the entrepreneurial process.

The interest of this group in technology appears to have been boosted recently by a host of new accelerators.

Two tech startup accelerators, Amcom Upstart and Fusion Founder, have emerged within the past month, while US-import Innovation Bay is laying claim to having instigated at least one angel investment since setting up a series of networking events and pitch nights in March.

While SwitchMyLoan founder Daniel Jovevski declined to comment on angel investments until commitments are shored up, Scancam co-founders Eoin Byrne and Anthony Schmidt said their recent $500,000 injection from a group of angel investors, including tech entrepreneur Zhenya Tsvetnenko, would allow them to accelerate the deployment of their cloud-based technology at service stations across Australia and internationally.

These included the increasing popularity of phone and tablet apps, as well as a broad uptake of tech-based giants of the ‘sharing’ economy, such as accommodation site Airbnb and ride-sharing app Uber.

Director of the University of Western Australia’s Centre for Entrepreneurial Management and Innovation, Tim Mazzarol, told Business News while it was encouraging to see Perth angel investors becoming more interested in soft tech plays in the software and online space, “one swallow did not make a spring”.

Dr Mazzarol, who co-wrote a pioneering report on Perth’s angel investment community in 2003 (along with former 40under40 winner and director of biotech Orthocell, Matt Callahan), said less glamorous tech plays that drew on complex engineering or scientific innovations were integral to the diversification of Perth’s economy.

“We need to diversify the economy, we need to get away from what we’ve been doing, which is digging stuff up and building buildings. It’s really property and mining resources where a lot of money’s been made,” he said.

“It’s not that the resources sector isn’t going to be around, it’s just not going to be the engine room. We’ve got to look for what else we’ve got,” he said.

“We need to start widening our horizons and looking at a range of different type of investment deals (with) more complexity and greater financial and market risk.”