New ports, better planning and increased use of technology are in the sights of transport industry leaders preparing the state’s freight network for coming decades, according to a panel of experts at a recent Committee for Economic Development of Australia lunch. 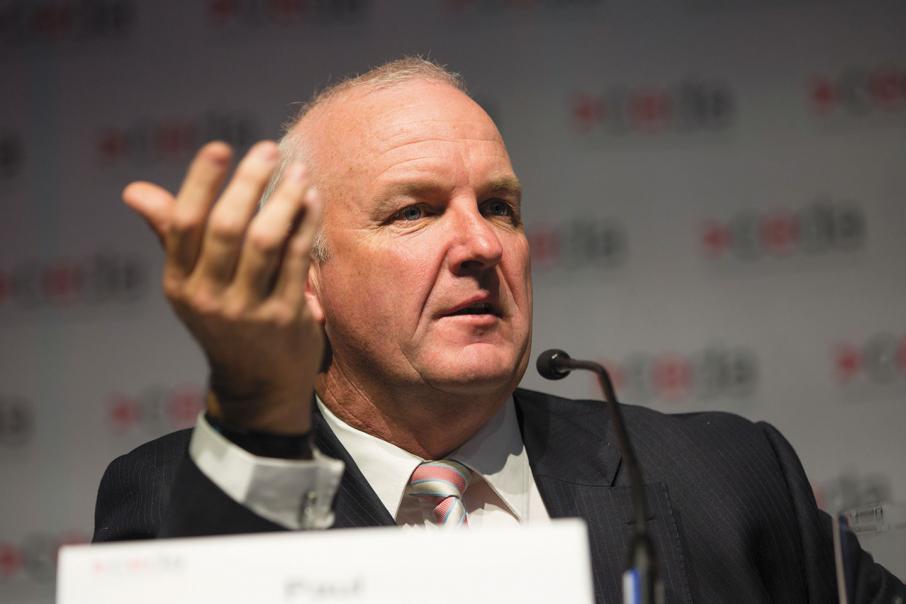 New ports, better planning and increased use of technology are in the sights of transport industry leaders preparing the state’s freight network for coming decades, according to a panel of experts at a recent Committee for Economic Development of Australia lunch.

“One of the things we’re (Arc) exploring with some other parties is whether or not we can actually use our rail freight corridors to lay optic fibre to deliver higher speed, better quality internet to the regional areas that currently have very poor internet service,” Mr Larsen said.

“It has been done very successfully in other countries, including Canada.

“For a modest investment, and leveraging off our and others’ infrastructure, we do think we can deliver higher speed internet to the bush.”

He said that would enable increased automation of freight movements on the network, potentially improving optimisation.

If such a system were attempted, it would not necessarily be a new concept for Western Australia.

Rio Tinto is progressing the Autohaul system on its Pilbara iron ore rail network, with about 20 per cent of all train kilometress now operating in autonomous mode.

Drivers remain on board, however, to manage safety and reliability.

Rio has flagged a full rollout of the system by the end of 2018.

The company also has dozens of autonomous trucks running in its Pilbara fleet.

Mr Larsen said the take up of fibre optic cables would additionally deliver social benefit in the form of improved medical advice, counselling and education services over the internet for people in the bush.

“If we want to grow more exports to the rest of the world, then we need to look at things like some new ports,” he said.

“Oakajee is hopefully not dead but it is something we need to keep on our radar.”

“Fremantle is a stranded asset, there’s really no way we can get around that, there’s no land around it to expand,” Mr Edwards said.

He said it was unlikely the port could reach its maximum capacity of 2 million containers per year, and instead called for a free trade port to be built in Kwinana.

Nicole Lockwood, who was appointed as chair of the government’s Westport taskforce to investigate the building of a new port in Kwinana, said that process would be a real opportunity to properly integrate the port plan with transport links.

“It’s about far more than a port,” she said.

“It really is the state’s economic footprint for the next 100 years.”

Ms Lockwood said the freight industry was crying out for certainty around planning.

“There is capital out there, people want to spend some money and we want to make sure that there’s an opportunity to do that in a way that’s clear for everyone,” she said.